Caught this while scooping water into my bait bucket

Idk what kind of catfish it is because the lake I caught it at doesn’t say anything about bullheads or any other type of catfish being there... I live in Wisconsin so I’m assuming it’s a baby bullhead? Idk haha but if anybody could give me an answer that’d be awrsome 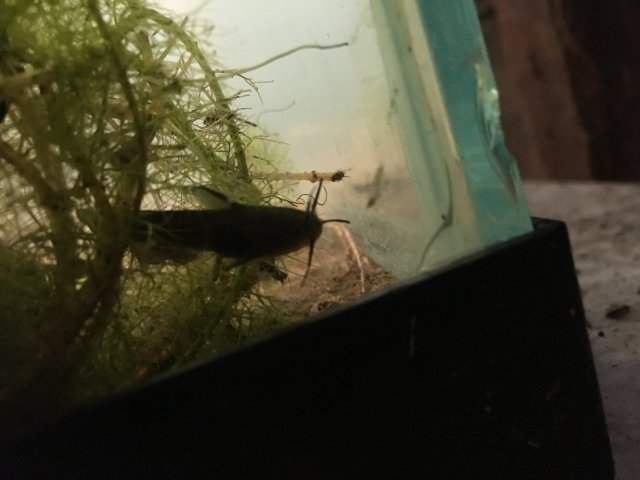 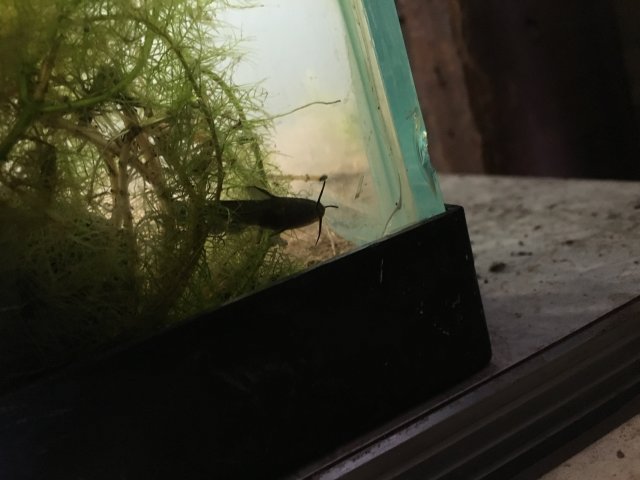 Baby bullhead probably.
We're from Philly and we fight!
-The Eagles

If you are overstocked,these guys will certainly help with that.
Reactions: tlindsey and BMG94

Hello; A few years ago, around 1968 or 69, while an undergraduate I was in a stream in north west KY. I had found a small pool near there with lots of daphnia. I saw a black ball slowly rolling along in the stream that varied in size from that of a volley ball to near a basketball. From a distance it seemed very odd. I went closer and discovered it was made of many small black catfish. They were somehow and for some reason staying together in a ball shape as they moved along in the water. I had my daphnia net with me and a small bucket so I scooped up a couple.
The ball of small catfish maybe an inch or so long kept on downstream. It would change shape at an obstacle but was generally ball shaped. I have never seen this again but it is one of those memories that has stuck for over 50 years.
Reactions: Matteus, thebiggerthebetter, Fishman Dave and 1 other person

It could be a Madtom specie.
Reactions: Matteus

I'd need to look up how to tell them apart but I agree - either a bullhead or madtom.
My DIY Public Aquarium build http://www.planetcatfish.com/forum/viewtopic.php?f=4&t=33968
Vids & pics on MFK http://www.monsterfishkeepers.com/forums/threads/fish-story-aquarium-and-rescue-naples-fl-two-4500-gal-13x13x4-5.603969/
My databases http://www.monsterfishkeepers.com/forums/threads/two-databases-longest-f-w-fish-rating-f-w-fish-by-continent-and-family.660258/
Reactions: tlindsey and Matteus