I have mapped out almost all of the locales I could find of amatitlania species. Pretty interesting to see how they divide themselves up naturally.
Yellow - cabuya type "siquia" (nigrofasciata)
Red - the weird red "siquia" with the septemfasciata like females
Black - the black and grey/sometimes blue tinted or red finned nigrofasciata we're familiar with
White - myrnae
Purple - kanna
Blue - septemfasciata
Green - sajica
Next is panama. 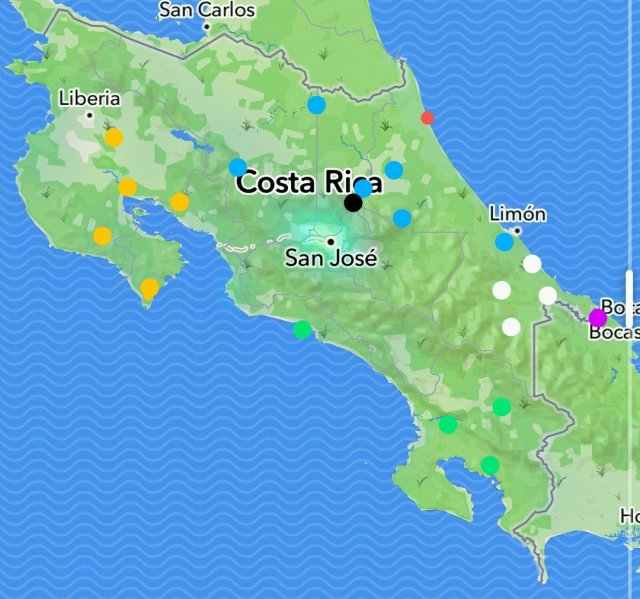 Expand signature
"if there is a one in a million chance of hitting something, take a million shots at it" ~ a C-RAM
Reactions: Jexnell, mrrobxc, Deadeye and 2 others

Got the Panama one, Panama ones kinda weird, I'm assuming the things in question have wider ranges that we haven't tapped into yet because Panama is pretty sparse in terms of the diversity of these little guys.
I included panamius, shown in red. White is still myrnae and purple is still kanna but yellow is now nanolutea and green is altoflava. 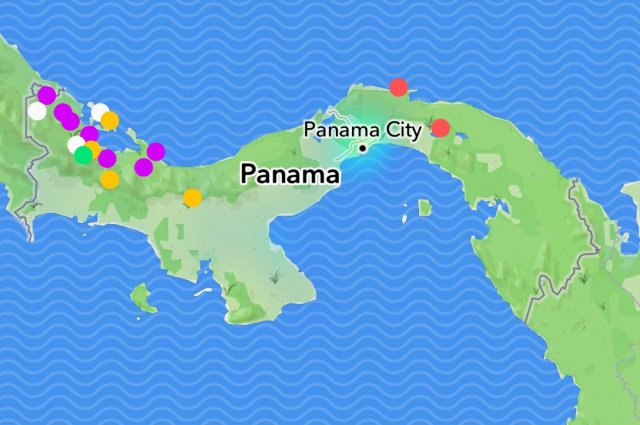 Expand signature
"if there is a one in a million chance of hitting something, take a million shots at it" ~ a C-RAM
Reactions: Jexnell, Deadeye and CrazyPhishMan

Is this information based on firsthand experience/collecting or just from internet research?
Expand signature
''Sometimes when you bring the thunder, you get lost in the storm..''
- Kenny Powers​
Reactions: Deadeye

Just what I've seen through research of the findings of various collectors/expeditions, thought it might be useful
I also missed a locale, there's a nigrofasciata population in Rio guaramo (Panama)
Expand signature
"if there is a one in a million chance of hitting something, take a million shots at it" ~ a C-RAM
Reactions: Deadeye

Since both countries have a spine of mountains running thru the middle, its very typical for species and variants to be separated geographically, some rivers running only to the Caribbean, some running only to the Pacific.
Most cichlids inhabit low lands, so crossing the over mountains would not be their forte, even if there was a connection.
Here in Panama, there is an exception, because the Panama canal was intentionally cut thru the mountains allowing a mode of crossover in the Rio Chagres.
But....many rivers do not intersect, and are natural barriers in themselves.
As an example, Istmoheros tuyrense is only found near the Darien in the eastern part of Panama where tributaries that connect up with Lago Bayano and Rio Tuira This species is never found "naturally" in western western half of the county.
Only those species that arrived from S America millions of years before topography changed (the tectonics of mountains rising) are found everywhere.
Andinoacara coerleopunctatus, in both Costa Rica and Panama, and Geophagus crassilabris were able to migrate everywhere, both sides of the continental divide.
It will be interesting to see if over time, A coerleopunctatus variants, separated by geography like mountains evolve into separate species.
Just as most Andinoacara in S America live only west of the Andes, so A stalsbergi, and rivulatus would never naturally be found with, or even chance encounter fish from the east side of the Andes like Oscars, pike cichlids etc etc.
I have the Andinoacara variant found on the south western side of Panama, caught near San Martin. 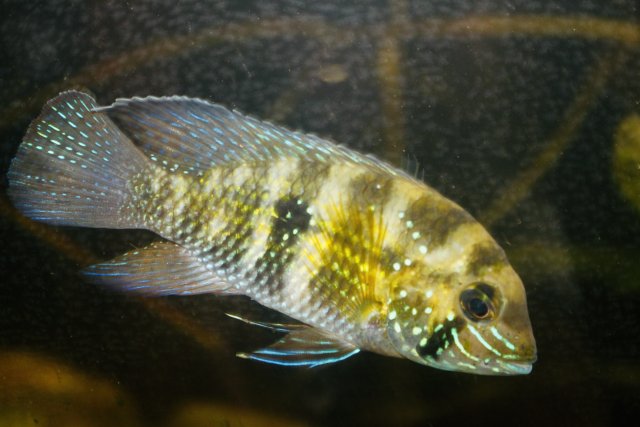 An apparently different variant in the thread below

those fish are the northernmost locale innthe USA hobby. They are visually the same species as Duane’s. They match the behavior he describes as well. They are also fairly cold tolerant assuming due to the antiresonance of spring runoff… but they’ll spend weeks in the low 60s or about 60 and be complety content hovering in a shoal midwater. They’ll eat every few days like that.

the fish innthe post above that sky dog I mean Duane linked to- are decidedly differnt. And the longer I have them the more the become the “obvious” fish from the place where rivulatus gives way to Corue, and how different it is from the Corue of CA is about how differnt it is from rivulatus as well

not to hijack.
Reactions: Deadeye

Would be a nice sticky. Any mods want to help out? Thank you to the Op for doing this.
Expand signature
My 535 build thread 96x48x30
https://www.monsterfishkeepers.com/forums/threads/picked-up-a-535.699024/

Scaping with wood to create a shelf effect.
https://www.monsterfishkeepers.com/...helf”-effect-to-build-a-riparium-zone.704787/