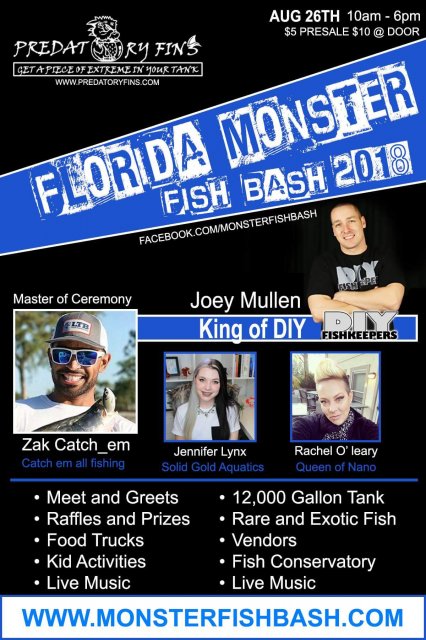 Im not affiliated with Predatory fins, but I’m excited for this event and just wanted to share! Anybody thinking of going?
Unofficial Fish of the Week Artwork:
https://www.monsterfishkeepers.com/forums/threads/unofficial-fish-of-the-week-artwork.694383/page-2#post-7845848
Reactions: PGJE, kno4te and jaws7777

I'd go to meet Rachel O' leary though. Who's sponsoring my plane tickets
Busy petting my orchids and watering the snake

I'd go to meet Rachel O' leary though. Who's sponsoring my plane tickets
Click to expand...

thebiggerthebetter said:
What beef do some MFK-ers have to pick with Joey?
Click to expand...

I think there were some altercations a while back going around his fish house and all. Also some words passed around.
Busy petting my orchids and watering the snake 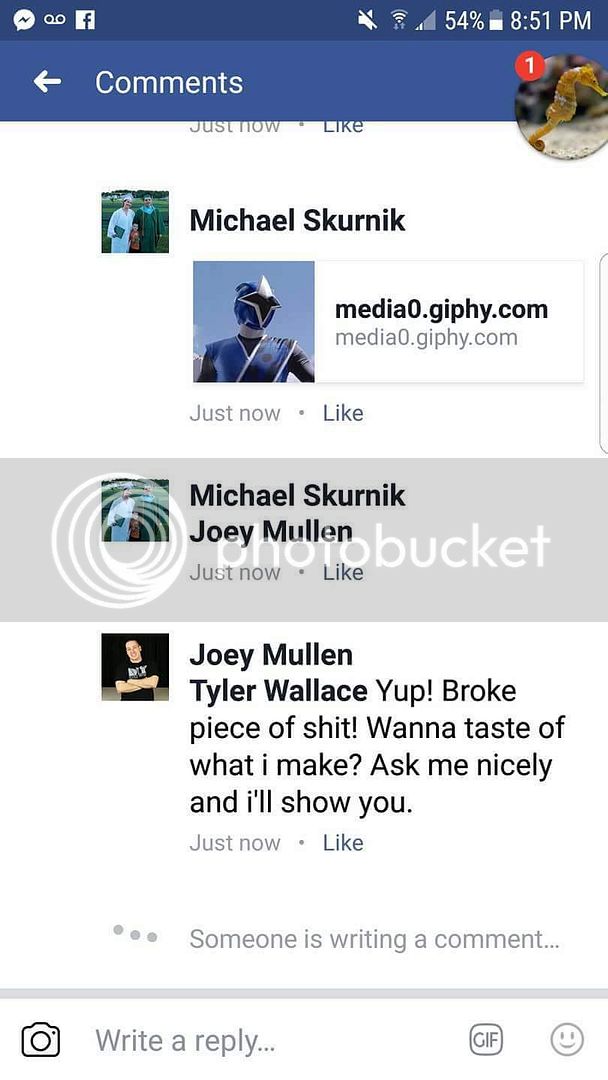 Where there are two people or more gather, there are always disagreements of various magnitude of heat. That's undesirable if expressed less than civilly but nevertheless is expected, a sad norm.

Anonymous online interactions are a particularly well suited subject to these - people don't see other people's body language, do not take into consideration the great shortcomings of a written conversation, and people tend to be bolder and less considerate, the laptop warriors.

Just because one or 2 or 3 people had a falling out with Joey wouldn't surprise me. Some people are able to have that with just about anyone. Plus envy is a strong motivator.

But if 20-30 people had a problem with him, including mods, that might warrant the generalization as expressed by Hendre (again, I suspect, it was expressed a bit carelessly). No biggie, bro, though! Just trying to clarify things for me and all.
My DIY Public Aquarium build http://www.planetcatfish.com/forum/viewtopic.php?f=4&t=33968
Vids & pics on MFK http://www.monsterfishkeepers.com/forums/threads/fish-story-aquarium-and-rescue-naples-fl-two-4500-gal-13x13x4-5.603969/
My databases http://www.monsterfishkeepers.com/forums/threads/two-databases-longest-f-w-fish-rating-f-w-fish-by-continent-and-family.660258/
Reactions: Fat Homer, Chicxulub, Tobiassorensen and 4 others

I don’t think Joey is going to be in attendance anymore? He’s not on the flyers.

However, Ohio Fish Rescue is going to be there!
Unofficial Fish of the Week Artwork:
https://www.monsterfishkeepers.com/forums/threads/unofficial-fish-of-the-week-artwork.694383/page-2#post-7845848
Reactions: vincentwugwg

thebiggerthebetter said:
What beef do some MFK-ers have to pick with Joey?
Click to expand...

are you going to the bash Viktor?