Getting off FD Krill?

Getting a larger tank soon, and got 9 wild orino meta bass approximately 6 weeks ago, preparing them to be the main occupants.

All bass came in at around 7-8 inches. 8x came in with rounded bellies, but 1x came in skinny (pic attached).

The 8x that came in with rounded bellies were pretty easily converted to tilapia then subsequently to massivore. They hit everything now.

The 1x that came in skinny didn't touch a thing for the first 1 solid week. No exaggeration. I got worried and put the guy into its own separate QT tank in a sterilite tub.

Got 24 feeders as I was worried that it would starve to death. Devoured them all in a few days. Great. Prey drive intact. But I'm not into live due to worry about disease.

After the initial set of feeders, I did a full set of QT meds (Paracleans, Maracyn, Ich-X) to clear it of anything it carried from the wild, and anything the feeders could have brought.

I've now been trying for the past month to get the guy to take non-live.

I've found success with frozen blood worms (untenable given the cost to feed a potential monster) and freeze dried krill.

The things that have FAILED include...
- Frozen Tilapia
- Massivore pellets
- Hikari floating pellets
- Massivore crushed and mixed with defrosted BW cubes (per the sticky in the cichla forum) > Though this worked well for training the other 8x

Included a more recent pic, belly no longer concave at least, but eating exclusively FD krill for the past 2-3 weeks. Had to lift out of the water for a pic... the sterilite tub is opaque. 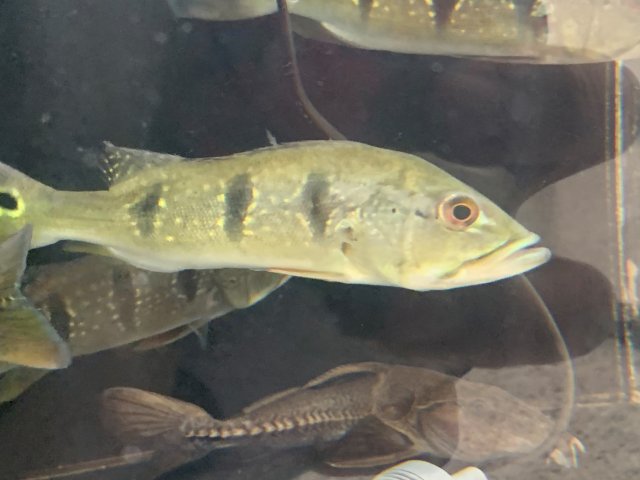 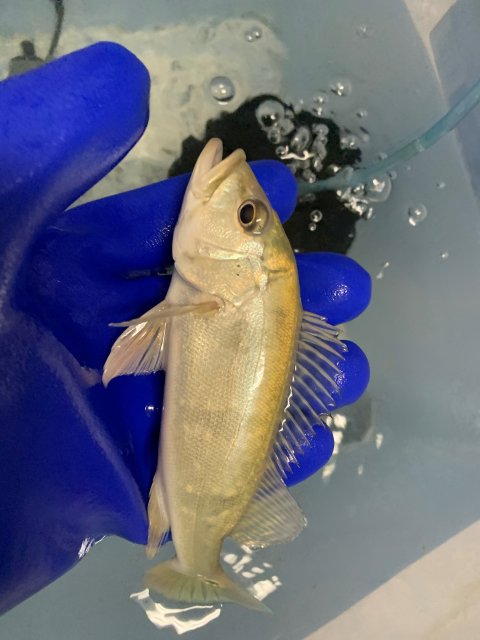 I would put the fish back with the others and guve it nothing other than what they are eating.It will eventually learn and begin to eat the pellets.
Expand signature
We're from Philly and we fight!
-The Eagles

krichardson said:
I would put the fish back with the others and guve it nothing other than what they are eating.It will eventually learn and begin to eat the pellets.
Click to expand...

Was thinking about doing that soon cause keeping a separate tub just for this guy is getting annoying. Even if it would just take some tilapia I'd be okay with that.
Reactions: tlindsey

I agree with K krichardson the PBass will learn from other PBass that the Tilapia is food.
Reactions: aquaticeye
K

tlindsey said:
I agree with K krichardson the PBass will learn from other PBass that the Tilapia is food.
Click to expand...

Yep,some young cichla can be stubborn or hard learners.I have had a few holdouts in some groups that I have purchased but they eventually came around and got with the program.
Expand signature
We're from Philly and we fight!
-The Eagles

Just wanted to update this thread real quick. Advice followed from prior. Threw the skinny guy back with the main group and the dude started chomping down on tilapia the day after. Took a few weeks of doing blood worm / massivore slurry but he's now taking massivore pellets too. Off of blood worms, off of tilapia, and onto pellets! PITA but goal achieved. Thanks for the advice again K krichardson

Including some pics. One showing the better eaters with fuller bellies and better spotting. One picture with a red box showing the previously emaciated fella, putting on a bit of weight.

I have 9 orino meta in total, currently between 8 and 10 inches. Currently in the 90G QT so excuse the dirty acrylic panels. Soon to be in the 1K. May get a group of the juvenile fogo from PF to grow out once I clear out the stock in this tank.

If anyone has gotten juvie fogo from PF would love to hear more about them.

As a side note the niger cat from the initial pics was about 6 inches 2-3 months ago, and I just eyeballed the guy today and it was probably 9 inches+ now. Insanely fast growth rate. I never see the fool move; ever. But I always make sure to leave some extra pellets when the lights go out hoping he'll be scavenging in the dark. 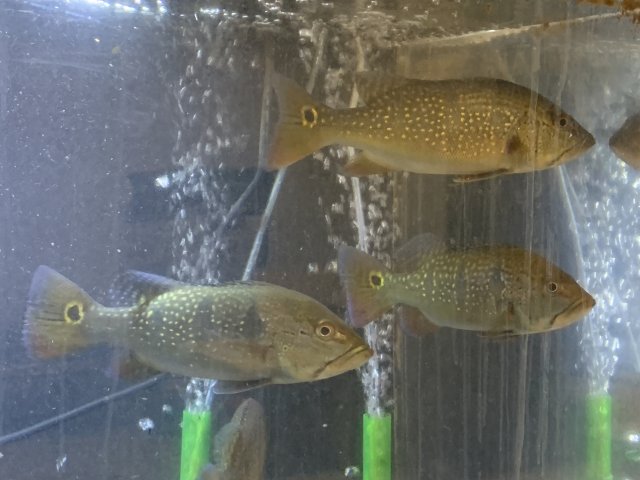 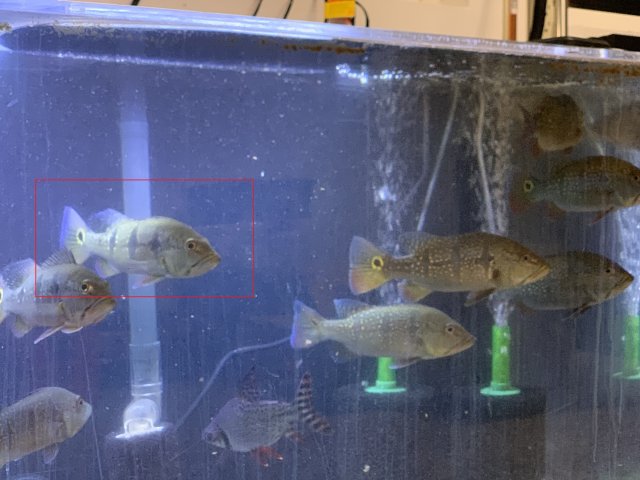