If yes, what is your ammonia?
0

If yes, what is your nitrite?
0 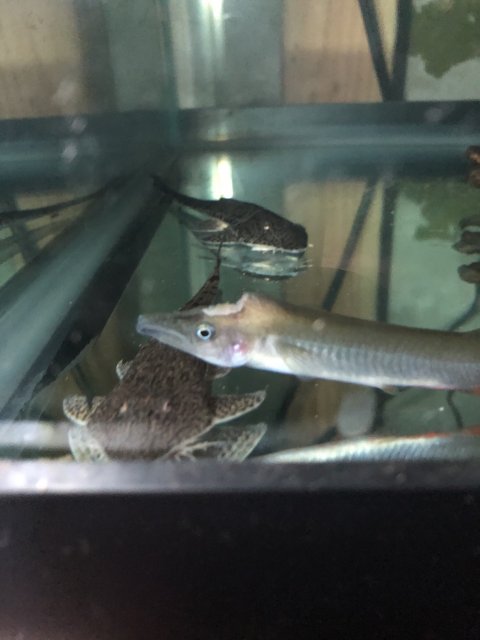 I have this half beak that had a small cut/ injury to the top of his head, probably from hitting some of the driftwood during territory disputes. It was very minor so I assumed it would heal on its own since the fish was acting its normal self and had a good appetite.

Since then the wound opened up more as if the skin was peeling away, but he was still eating and acting normal.

yesterday, I noticed the bump that formed and now he is no longer eating and resides to the bottom of the tank. I have added salt, but is there anything else I can do?