So I recently picked up a marbled cat shark egg from my LFS and I have it clipped the side of a 10 gallon tank for it to hatch. And I was wondering about how big I could let him get in this tank before I need to move him into his permanent home, and how long this will probably take? I'm also planning on getting some stingrays so I just want to make sure by the time he out grows that tank he'll be big enough to hang with them.

Well when full ready to hatch he should be around 4". So going by the 2xwidth and 3x length you'll need a new tank when it hatches. If they eat good right away they put on size pretty quick up to around 18". A couple inches a month isnt unheard of.
Ive seen a few new borns refuse food for far to long.
Reactions: Matteus and tlindsey

So according to that I can wait until it gets 5" right? Also I know newborn sharks can't even swim and aren't as active so would it be fine if it temporarily didn't meet that while I get it eating. Hopefully get it to eat that is, I know they can be hard to get them to take food, but my LFS can only get eggs or ones that just hatched. And I wanted to see the egg develop.

Yeah thats probably going to be ok. But I'd look for something bigger like maybe a 75 for a grow out. How big is the main tank?
Reactions: Matteus and tlindsey
A

The egg would be fine in a 10g, but once it hatches I would get at least a 20g long or 40g breeder to allow you access to get it eating and some space for it to swim. I would avoid sand and keep it bare bottom, and pick up a bunch of freshwater ghost shrimp to keep on hand I a bucket with a air sponge and some frozen squid to cut into tiny strips. Get some long tweezers to target feed. Initially your hand and fingers might be a little intimidating to target feed with.

That shark will outgrow a 40g breeder in less than 6 months to a year. They jump so get a lid. They also like to go into overflows and into the sump if small enough so put some mesh on an overflow if you have one in a future tank.

People always comment how these sharks aren't swimmers, but in my experience when you have the swim space, they are out swimming and not hiding all the time. It's a great shark to keep, but a standard 8' 300g wide will prob even be two small for it in two years.

I gave away my favorite bamboo shark that is similar to what you have, after upgrading to a 480g tank and he was getting to big and active for it.
Reactions: tlindsey
A

Just curious what your egg looks like? The slender one is a Coral, (sometimes called marbled) Catshark Egg. The larger one is a marbled bamboo shark egg. The difference is the bamboos get much larger, and you could keep the Coral/Marbled Catshark is a smaller 200 or 240g tank. They are fast swimmers and will also jump. 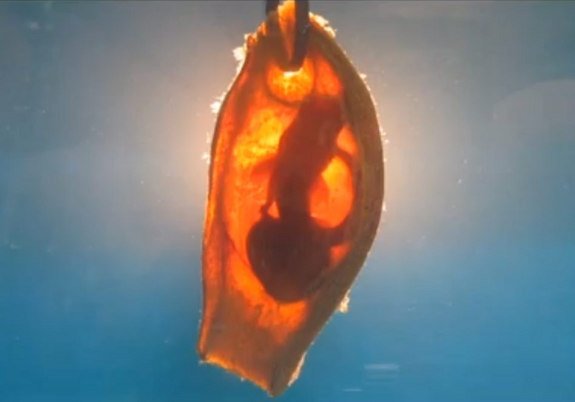 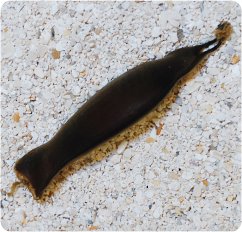 Here is the egg. It was marketed as marbled cat shark so I hope it is. Otherwise I’m gonna return it when it hatches. 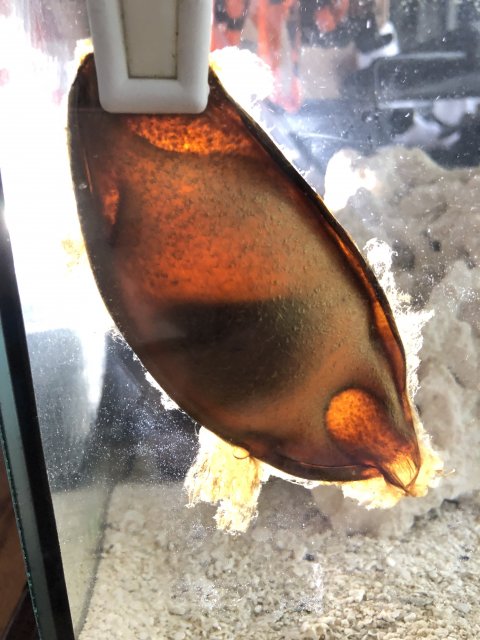 Cichlid23 said:
Here is the egg. It was marketed as marbled cat shark so I hope it is. Otherwise I’m gonna return it when it hatches.

It's probably a marbled bamboo shark egg case. I've personally hatched those years ago also had marbled catsharks that laid the smaller egg case like A Aquadog had stated.

Ok, if I get it to hatch my LFS has no problem taking it back and ordering a hatched marbled cat shark, if it turns out to be a marbled bamboo.
Reactions: tlindsey
A

If you're in CA, I'll give you a couple Coral Catshark Eggs if you want. I still have two pups left, but trying to let them grow out to put in my tank.