Hi guys thanks for the add. I was hoping some more experienced people could give me some advice or let me know your experiences. I have conflicting information from our various local fish shops. Apologies for the length of thos hut I'm a bit stuck! I've had cichlids for about 4 years after taking my brother in laws tank. We had a mix and all seemed ok. Our turtle (yes I know, he is no longer in the tank) hit the heater up whole we were on holiday and basically fried everyone except one. I've attached a crap pic of him because he is the only one i don't know what he is. Any way, as we restocked the tank we ended up with african and american mix. As they got bigger they obviously became aggressive towards the others so I have managed to rehome them to a friend with all Africans. So now I put some more Americans in mine. The trouble is that the green terror has badly attacked the original fish that we had and I've had to take him out. I need to pinpoint the trouble makers or non-peaceful people so that everyone can live in as much harmony as a cichlid can! I would like the large original guy to go back in once he has recovered. He is non-aggressive. So now he is out the green terrors are chasing the jewel cichlids and she looks unhappy. I now have 2 green terror (1 big and 1 medium size) 2 jewels (medium size) 2 firemouths (still small but we've had them forna while) 1 different firemouth who's colours are more flamboyant (medium sized) 2 small blue acara 2 small electric blue acara 1 small parrot
G 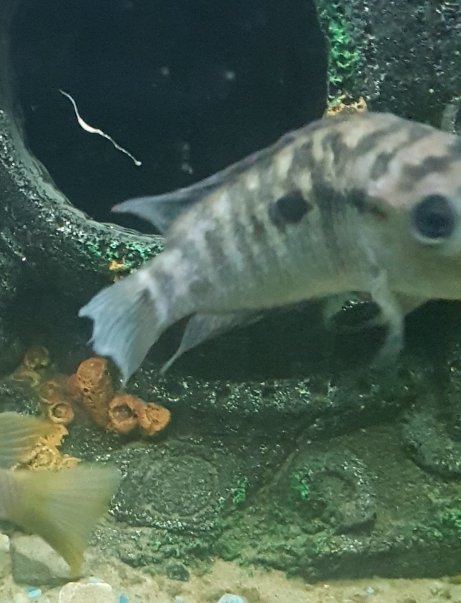 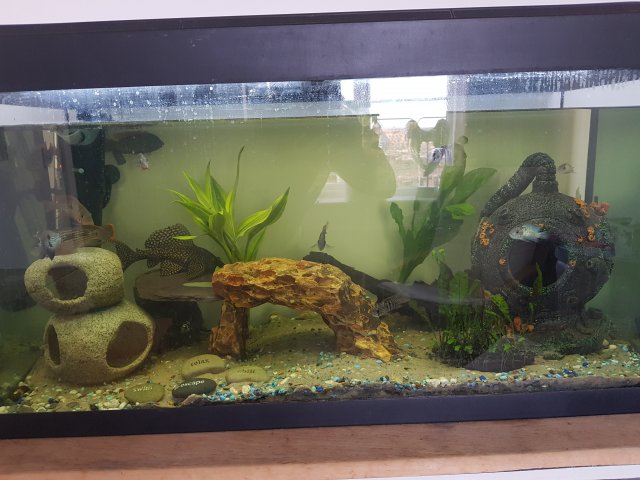 How big is the tank? Breeding pairs can easily claim 4-6 feet of territory. Not much can be done about the aggression except move them to different tanks or rehome the fish.
Reactions: Backfromthedead and tlindsey
G

So it's the green terrors that are causing the problem at the moment.
The new fish are
1 green terror
2 blue acara
The fancy firemouth
The blue and black parrot

Rehome the terrors. 140L is a bit small for that many medium sized cichlds plus the pleco in the long run. I would just stick with the 1 blue acara and some dither tetras in the long run.
Reactions: Toiletcar, Backfromthedead and tlindsey
G

We are planning on upgrading to a 300L tank. How many would you recommend that we keep?

Depends on the foot print as well. You've doubled the volume so a couple of acaras and 1 firemouth (maybe the parrot) plus dithers would work in the long run. The green terrors have already proven territorial, and the pleco in the picture is quite large.

Which is the blue and black parrot?
G 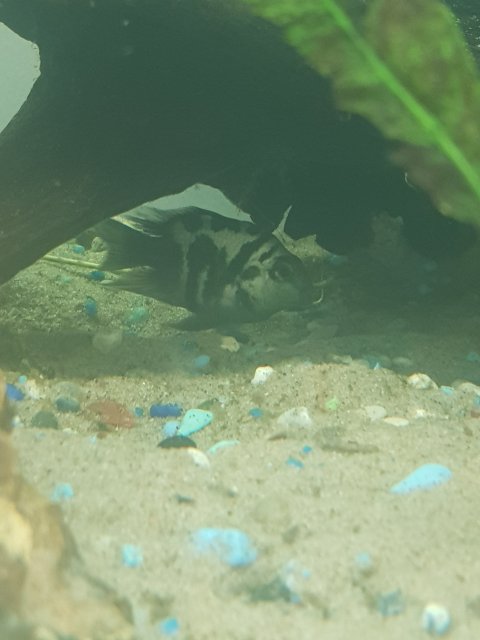 It could be fine with the EBA and FM. Looks to be a convict parrot hybrid
G