Hey everyone I’m new to the forum but haven’t seen much about spiney nose eels, I’m in Aus and have one in a 3 X 2 ft aquarium.

He’s been surfaced almost always the past few weeks and looks very underweight/ hungry- I’ve been feeding brine shrimp and blood worms almost daily with no success in getting weight on him.

I’ve wormed the tank with a half dose of blue planet (due to other sensitive fish including Corey’s and a BGK) over a week ago with no improvement. All other fish and fine.

Just over a week ago I noticed some what look like scratches / scrapes to his body which I assumed were injuries ( now on both sides of its body) how ever they seem to be getting bigger / worse!
Any advice would be much appreciated he’s been putting up a good fight!!!!
Will attach Photos 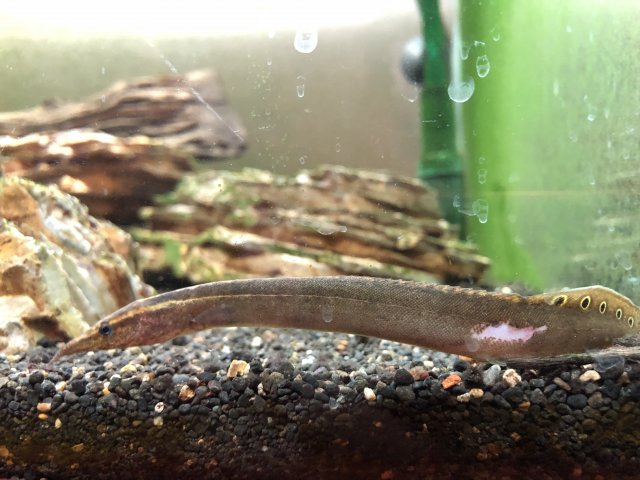 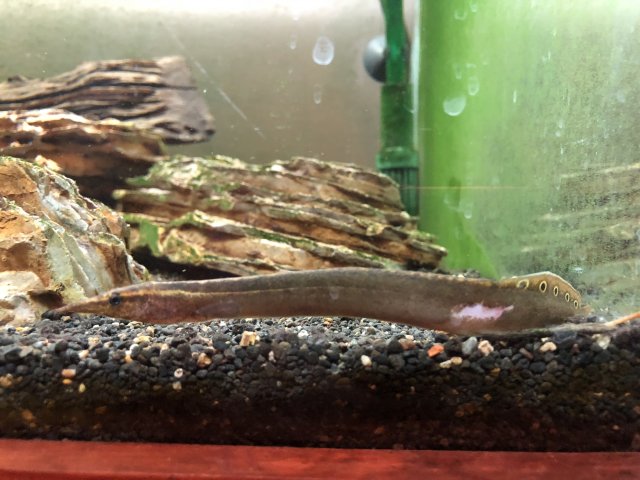 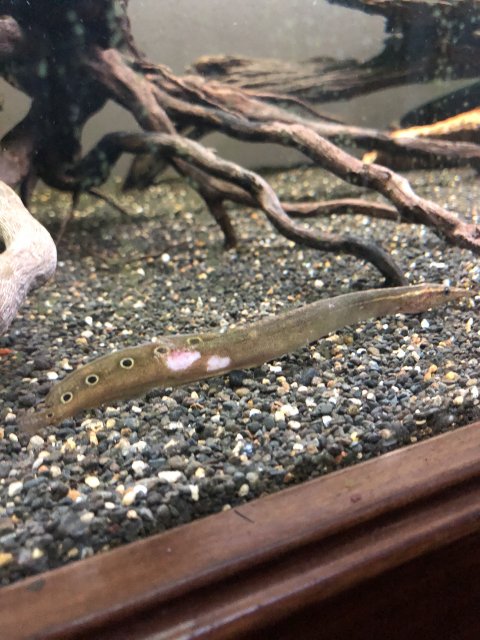 Looks like scrapes. Would change out the gravel as most eels will try to burrow and have sensitive skin. Once the substrate is changed to sand and eating well it should heal up. Don’t let it get too stressed as it may go on a hunger strike and won’t eat.
125g -polys, wood cats, pike cichlids, m-dayi, Gymnotus, and bushfish.
Reactions: Deadliestviper7 and FancyFishChic98
F

thanks so much! I’ve had it for about 4 or 5 months but I think you may be right now he’s settled/ a lot less nervous and shy. Do you think it’s an okay weight? Any tips for stressing him minimally whilst still changing the substrate ? sorry for all the questions thanks so much for your help
Reactions: Deadliestviper7

I would take the eel out and keep it in a dark container with something to hide while you pull out the substrate.