My idea of a "new" stand design

Hard to describe but I feel like it would be cheaper than some other designs I've seen. 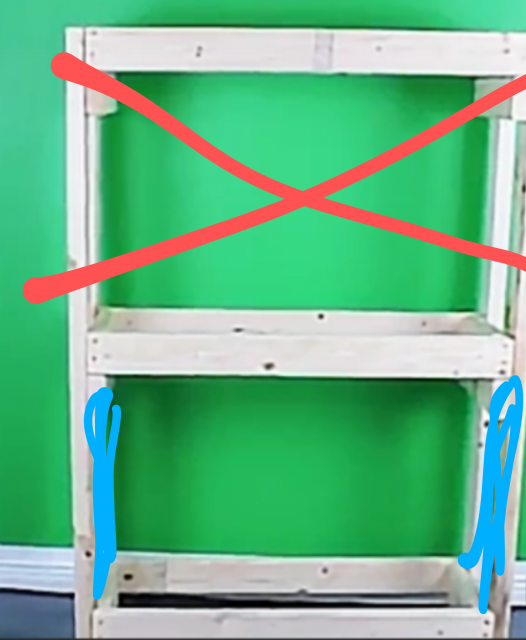 Pretty much this design, but without the top portion (or with, to act as a mock canopy if you don't put supports) and with the actual supports going straight down inline with the risers as opposed to across the risers. Obviously if they were going straight down it would provide more support. However, this design, especially if made of 2x3s, would probably be cheaper than some other things I've seen and made. Obviously there would be limits to the weight capacity of it, especially if it were made of 2x3s, but my whole thing with this is figuring out a design that's cheaper and stronger at the same time (for its value)
Expand signature
"if there is a one in a million chance of hitting something, take a million shots at it" ~ a C-RAM

What size is tank that will sit on it?

I imagine it would only fit up to a 40, you would probably need a brace and an extra support in the middle (or more) for a bigger or wider tank.
Expand signature
"if there is a one in a million chance of hitting something, take a million shots at it" ~ a C-RAM
You must log in or register to reply here.
Share:
Facebook Twitter Reddit Pinterest Tumblr WhatsApp Email Link
Top Bottom