My Mbuna’s backside seems to be sinking

The day before yesterday, I noticed Ganta was doing acrobatics (maybe flashing) along the glass and even stuck his fin out of the top of the water like a shark for a bit.
Yesterday & today, he has spent most of the bobbing with his backside low and tail almost pushing into the substrate. He swims around in acrobatic circles once in awhile but as soon as he stops his backside seems to sink & then he’ll just bob about half the depth of the tank. Sometimes he takes breaks and lays on the bottom of the tank.
I’m not sure how old he is, but I have had him about a year now and he’s about a 6 1/2” since I got him. He’s got a 55 gallon freshwater tank to himself. Temp is y’all around 80 degrees, ph is 8.3, nitrites & ammonia 0 & nitrates about 30. He eats omega one kelp flakes with an occasional prawn treat or algae wafer (I think I’m cutting those out of his diet )
I read a lot about swim bladder issues and so we raised the heat to 81 and mixed 5tbs epsom salt in with some of his water and then into his main tank. He has poo-ed a few times since then that I have noticed.
Any advice is super appreciated. I love this little guy! 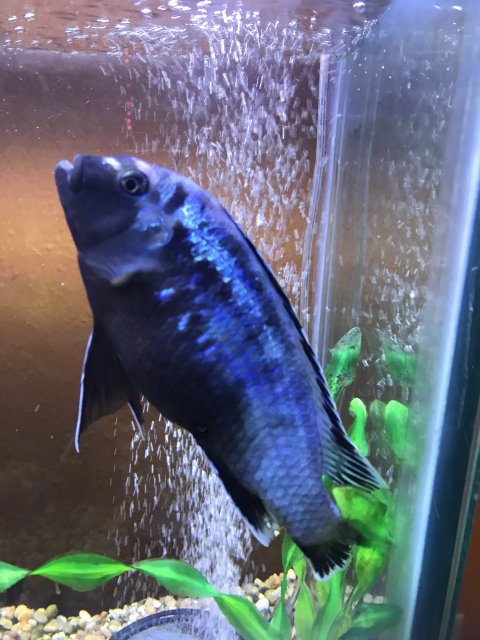 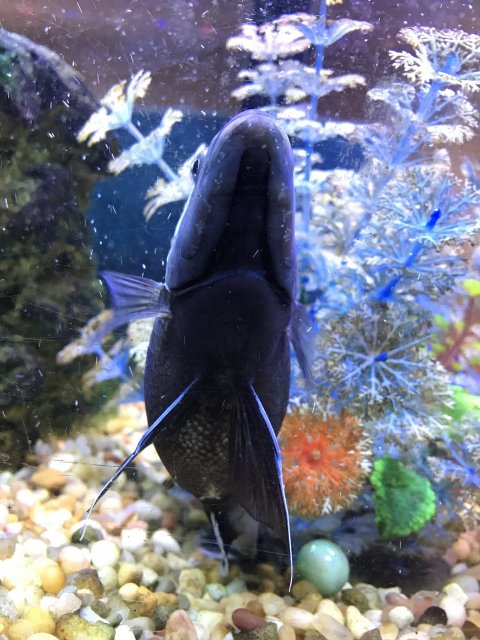 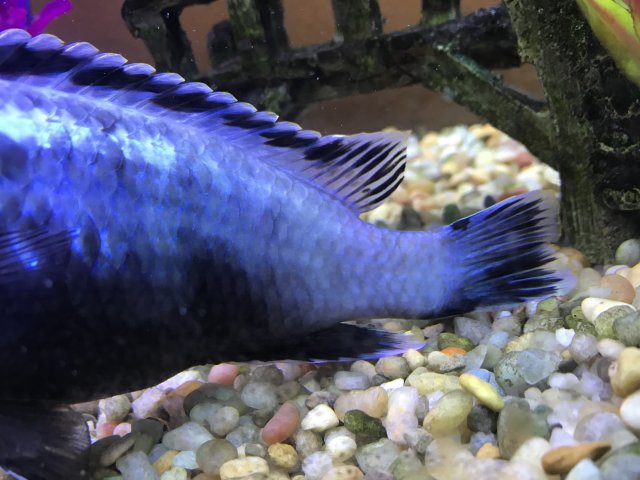 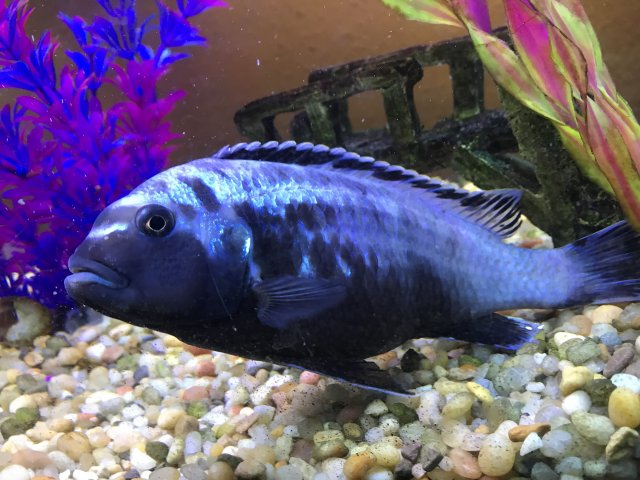 Would lower the temps to about 78 degrees. Add some kanamycin and cont with Epsom salt at a 1 tbsp per 5g. Keep water parameters as is. Hope it improves. Lot of it is a waiting game.
125g -polys, wood cats, pike cichlids, m-dayi, Gymnotus, and bushfish.
Reactions: AllOne and tlindsey
A

kno4te said:
Would lower the temps to about 78 degrees. Add some kanamycin and cont with Epsom salt at a 1 tbsp per 5g. Keep water parameters as is. Hope it improves. Lot of it is a waiting game.
Click to expand...

How often should I add the salt?

AllOne said:
How often should I add the salt?
Click to expand...

Thank you soooo very much!!!
Ganta is almost completely back to himself. He has an appetite (although I’ll be very careful not to ever overfeed) & can swim fine