One of my old tanks that i would take with me during the school semester. Admittedly small but i couldn't part with all my fish lol.
C

A good video of my true blue... Lately ive started to think that this species is just "true blue" and the other ones ive had were either "moonbeams" or what people are calling" meghalaya leopards". Not much is known about the sex dimorphism of true blues, moon beams, and meghs. My impression is that we could be identifying differences in their characteristics as gender differences, when really they're difference species all together. It could even be the other way where we where we expect different species but really have different genders.

I will be doing an analysis of the 3(?) species to see if i can draw a conclusion. Hopefully we can form a consensus about these blue variant channa stewarti complex fish.
D

True blues, moonbeams, leopards , garo, emerald etc. all are defiantly the same species and more closley related to eachother then other stewertii.

They are just diffrent localities and all the localities are fairly close to eachother so I'm sure their are overlaps between them and I'm sure their are lots of true blues that look like the others and the other way around . What name they get has more to do with what hillside they came off of/who collected them then what they look like as the differences are cery subtle.

I can catch brook trout from my 2 favorite spots that look diffrent in spotting and the streams are only a 30 min drive apart from eachother. They are both brook trout but fish in one stream more often then not have much larger blotchy color spots while the other is the more typical small round spots of colors. In Both streams you'll get fish somewhere in between or that look like the others because they are after all the same fish but because the populations are in diffrent streams that don't cross one bloodline is expressing slightly diffrent set of traits then the other.

No diffrent then selective breeding in tanks,(not common with channa , buy think cichlids or aro's etc) if you wanted to breed a trait out in a species you choose similar parents to express a particular gene but some of offspring will still show the other traits/apearances that are still present in the bloodline but the highest percentage of offspring will display the trait you dejected for.

In the wild natural selection limits the bloodlines and localities form.

This actually does help quite a bit. I have a feeling we'll be learning a lot more about them soon...

Hey, some updates on your auranti 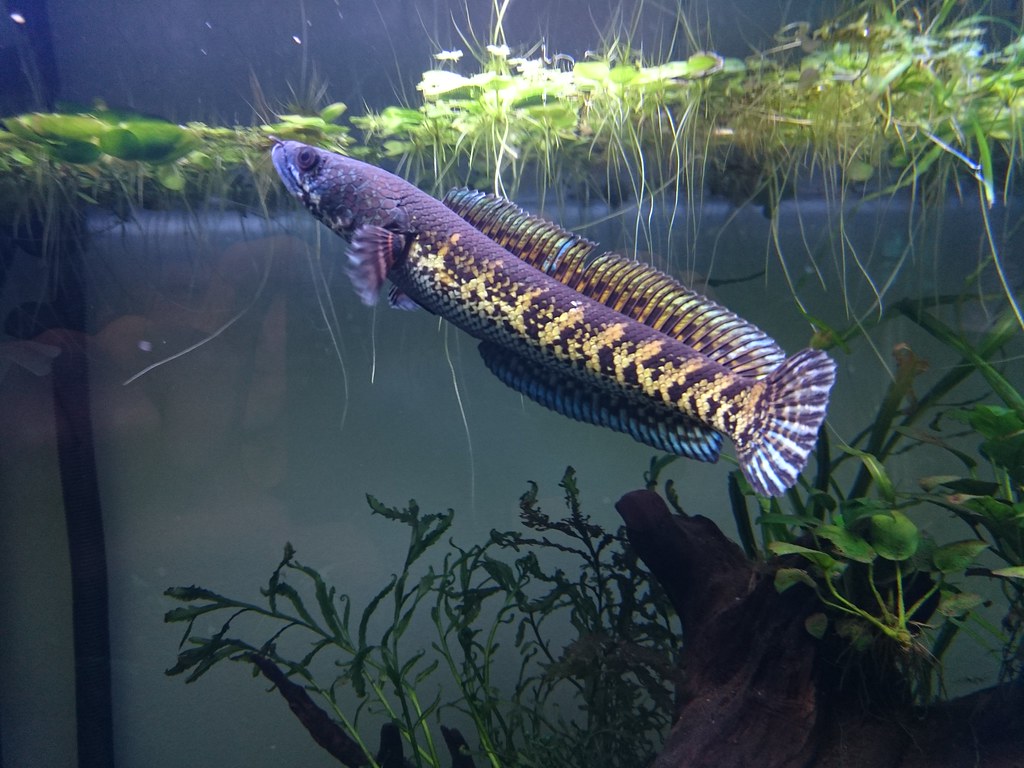 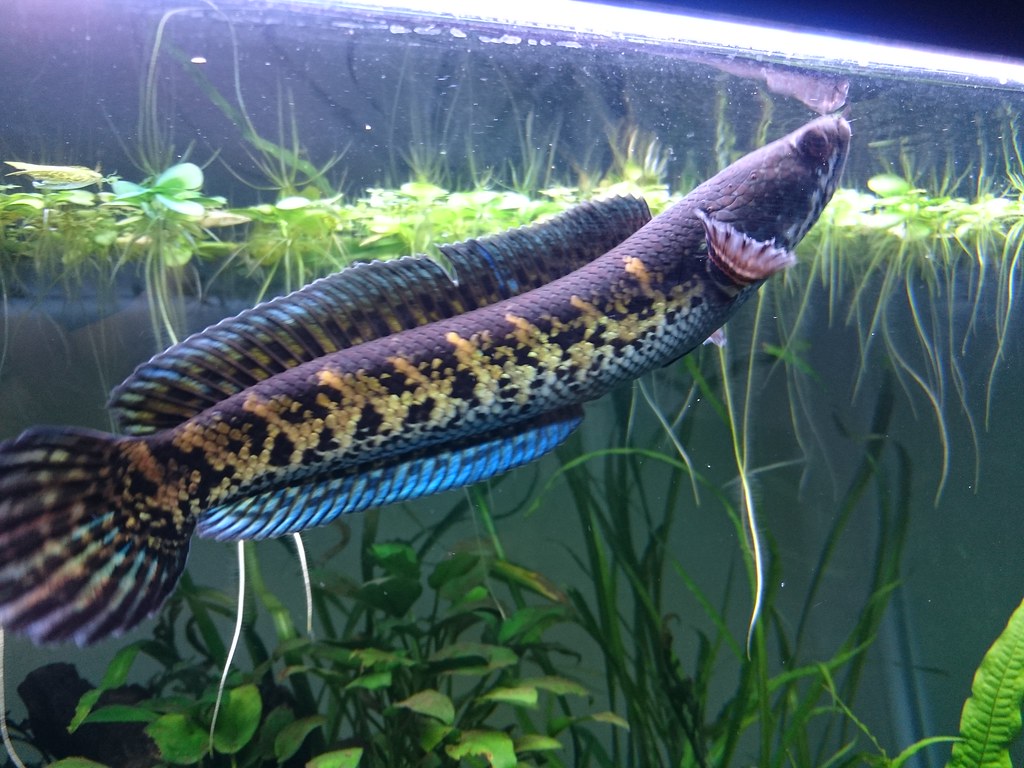 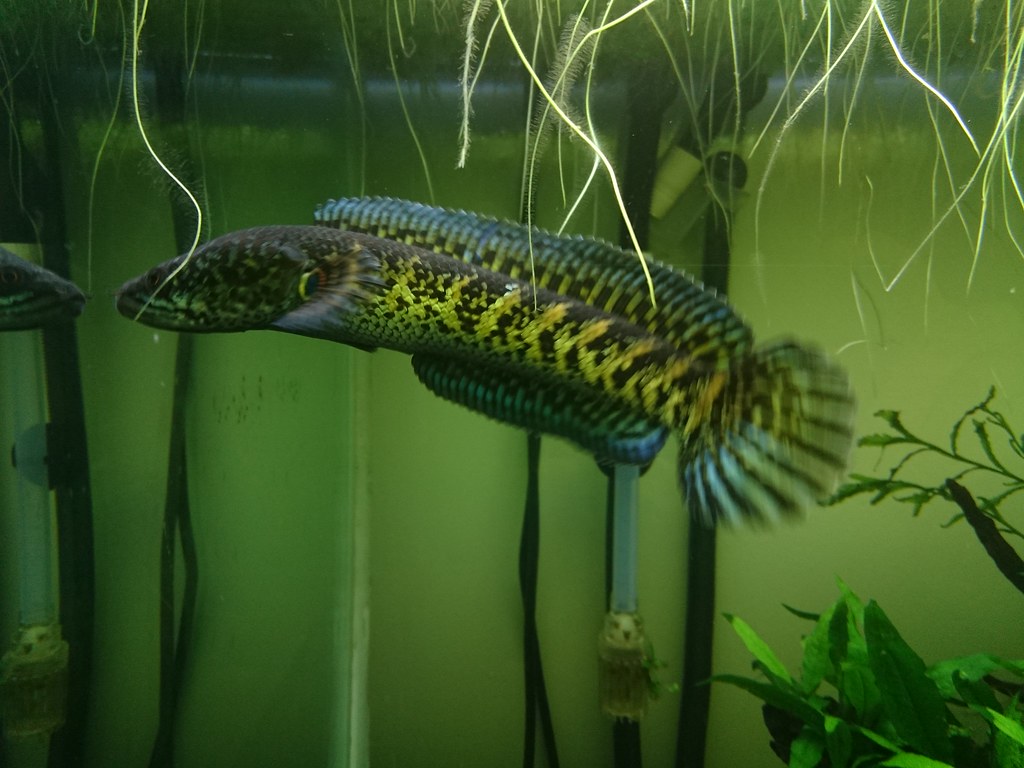 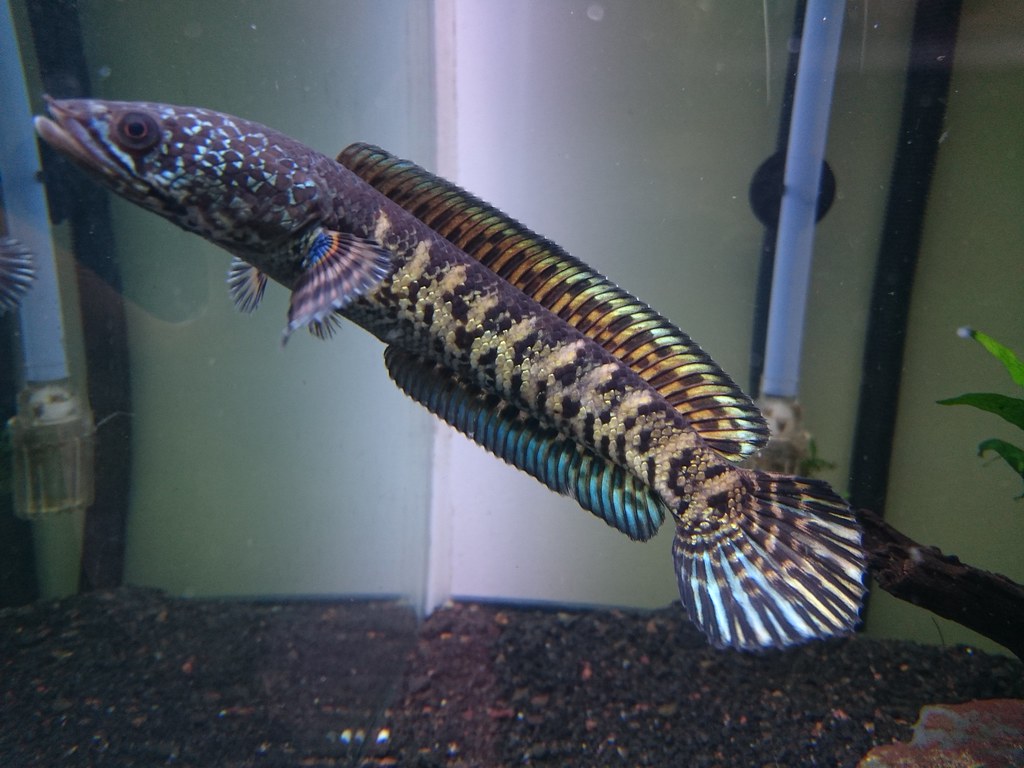 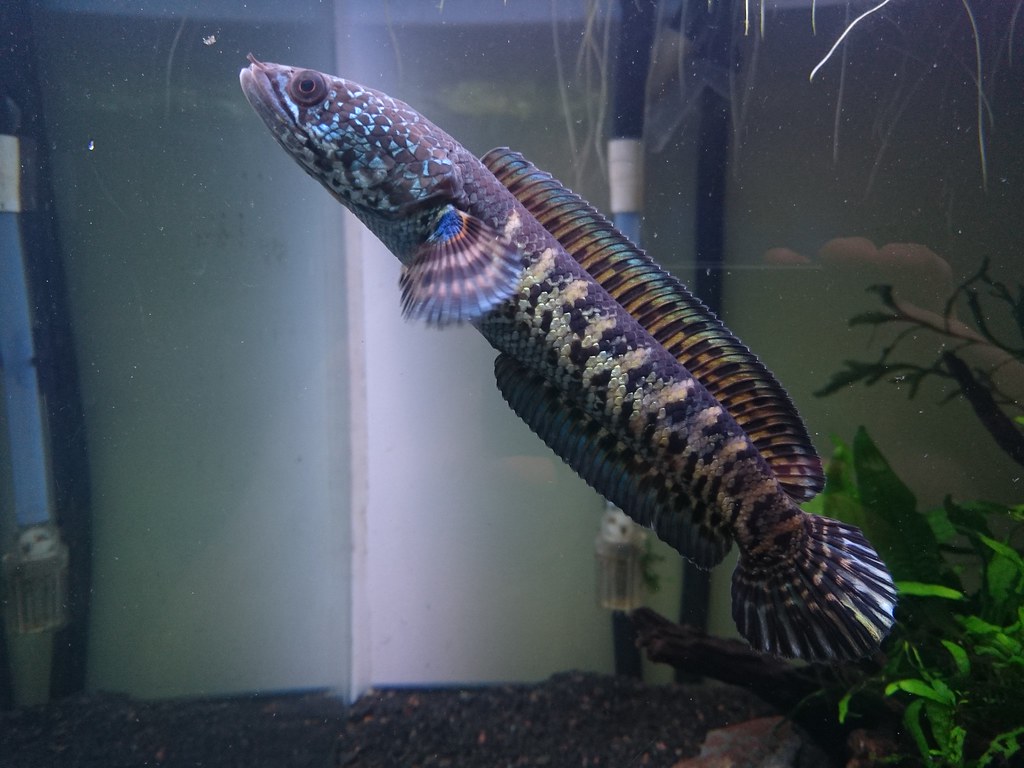 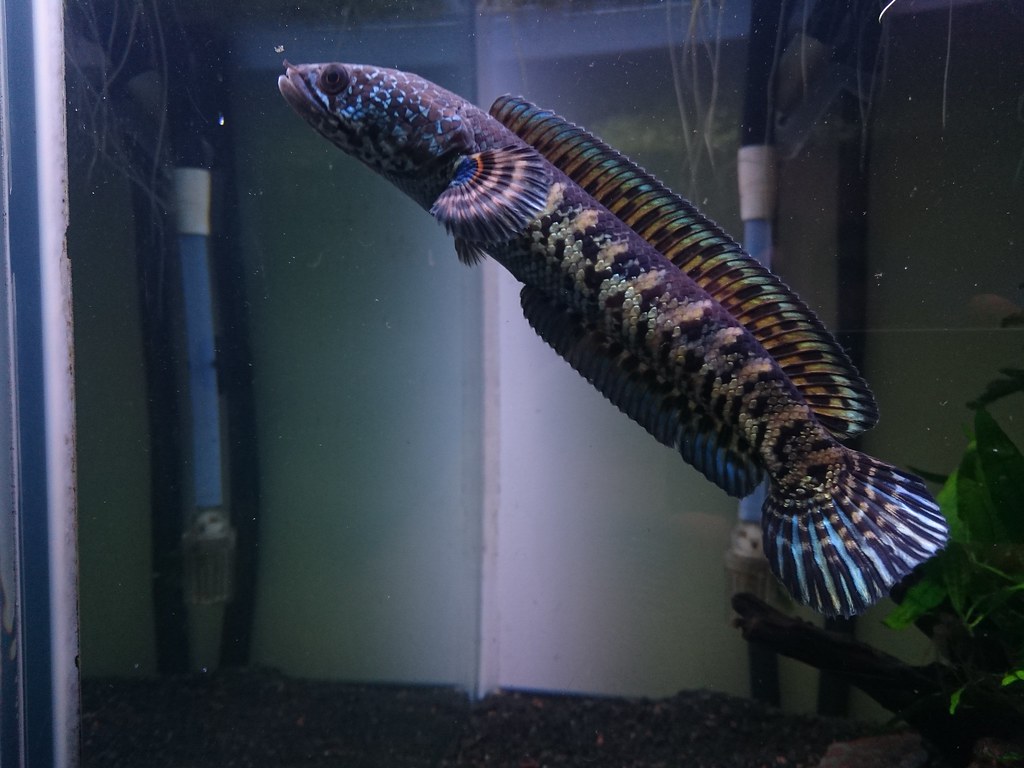 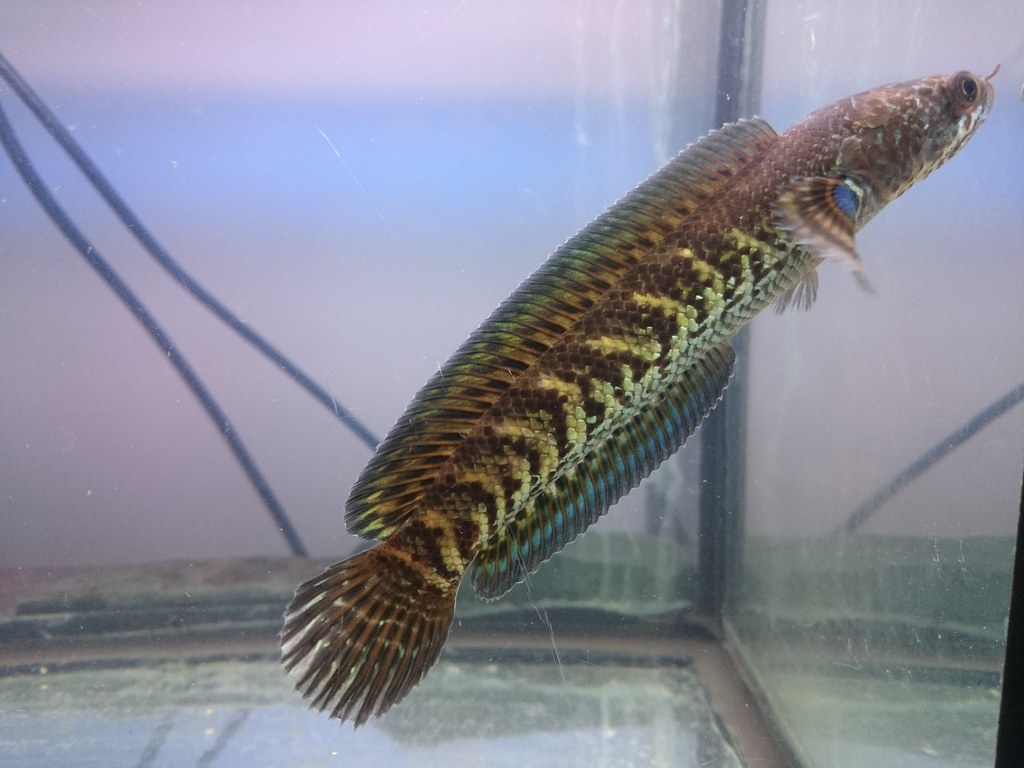 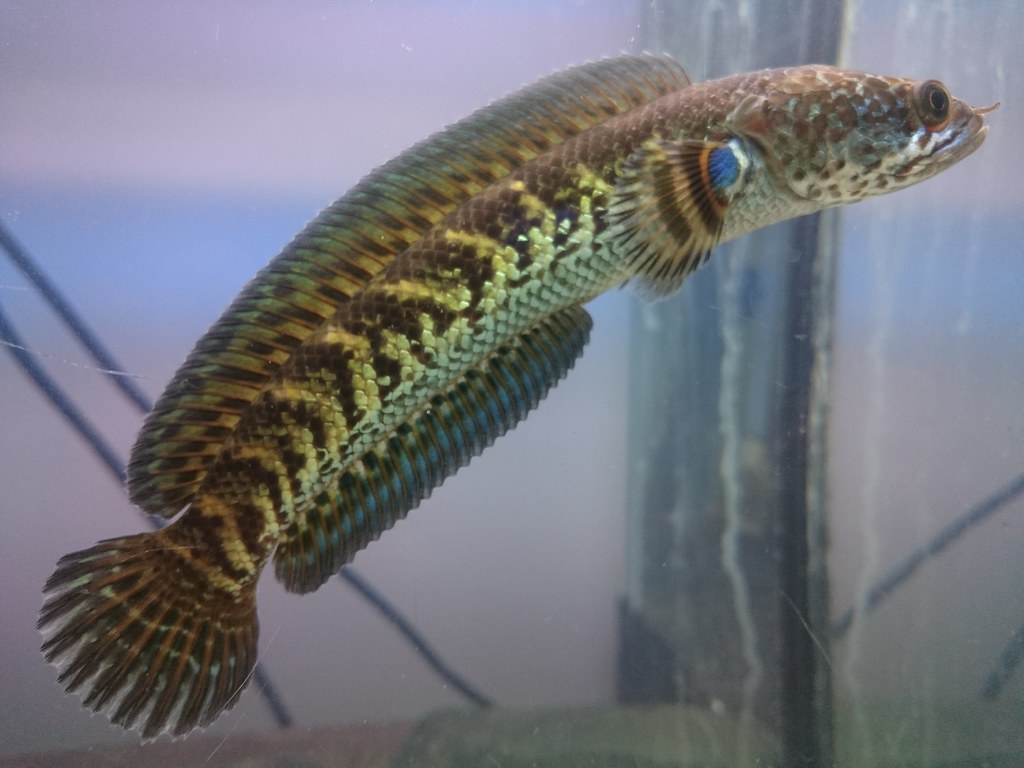 Casper... the not so friendly ghost

Absolutely incredible Aurantis. Just curious...what are those floating plants in some of the pics?
O

Triple wow, amazing amazing fish. Snakeheads are such incredible animals, on the one hand there are monsters and on the other absolute stunning colorful beauties, what a tragedy that we cant keep them stateside, but great that we can at least enjoy them from afar.

Awesome aurantis, how large is the tank?
C

Thanks everyone! More updates probably in the next 2 weeks


FabiK said:
Awesome aurantis, how large is the tank?
Click to expand...

4x2x2 feet 120 gallons
I've been slowly working more and more plants into my tank since starting it in October 2014. Most of the plants are nicely rooted now so i should see some nice growth in the next few weeks. I know channa dont like light but he's going to have to tolerate it for just a short while... 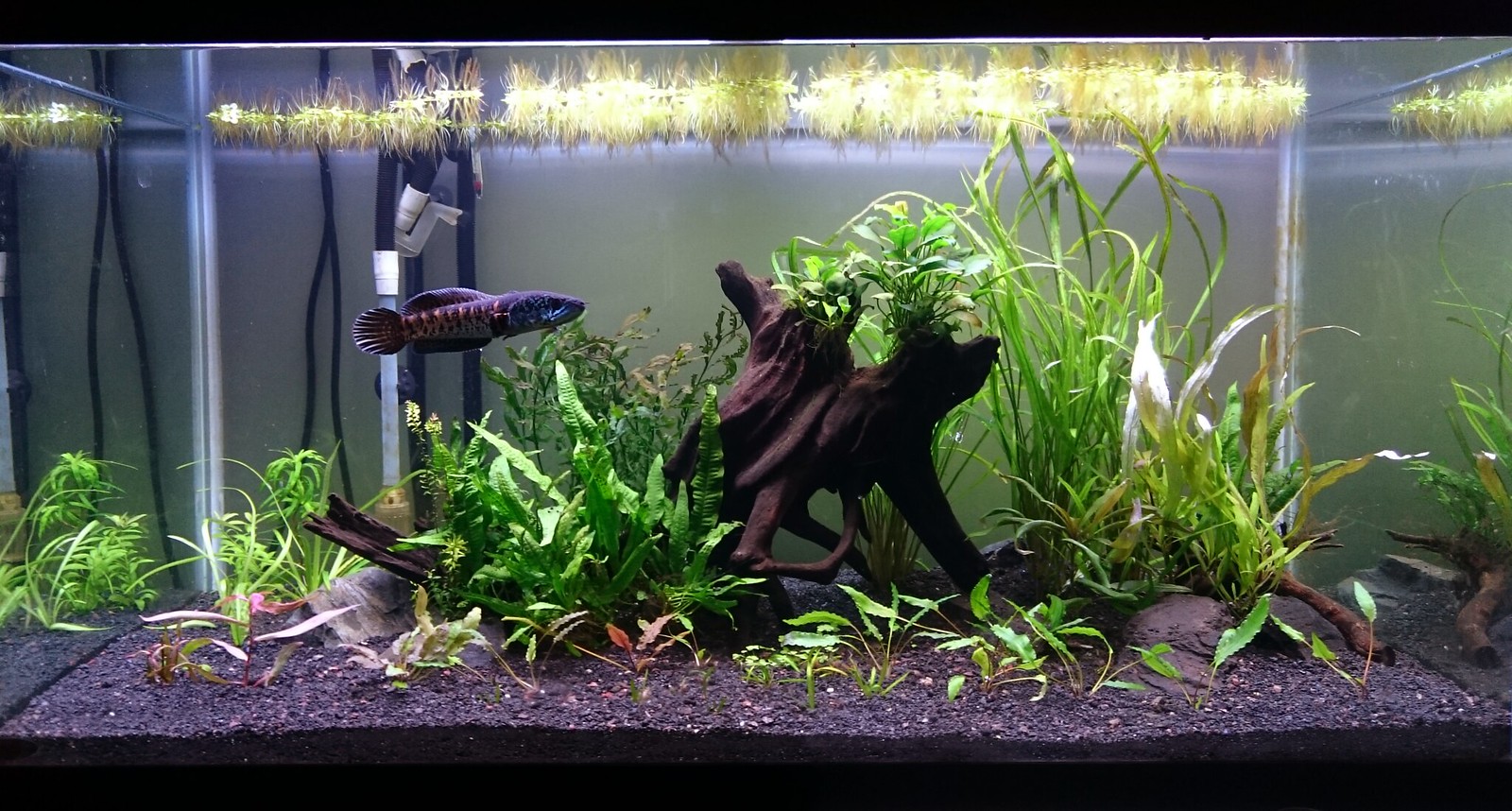