Hi all , hope your all well and staying safe , quick question regarding sealant as my 180g has started seeping water from the seal between the floor glass and the front panel , just what I needed

I have seen some sealant called "HA6" marine sealant, I plan to find somewhere for all my fish during lockdown , drain it ,clean it , and cut the sealant flush leaving just the bits holding the tank together then apply a think bead of the sealant I mentioned if that's the correct stuff. Does that all sound about right? Never done it before but it's my only option and can't be to hard with a little guidance

I’m not familiar with the sealant you mentioned. So I can’t speak to that.
I use GE1 for tanks less than 75 gallons and RTV 108 Momentive for larger tanks.
There are several different kinds of silicone that work for this and people will have their favorite brands.
Just find one that is 100% silicone.
There’s lots of videos on how to do it.
Just remember that the prep is very important to get a quality job.
Reactions: Dee eng and LifeT

I'll have a look at the sealant you mentioned as I have no clue on the strength of the sealant I was looking at and would hate to have to redo it again.
Reactions: tlindsey and BIG-G

I checked the HA6 site, and it seems to be aquarium safe.
I'm guessing because it is meant as for "marine" use, it may have more tensile strength than something like GE1.
I have used GE 1 on smaller tanks that don't require much in the wy of strength, because not as much pressure pushing out, but
a 180 (taller than most tanks) may need to overcome that.
Where I live earth quakes are common, and each one tends to jar the seems of my 180 loose.
I used this 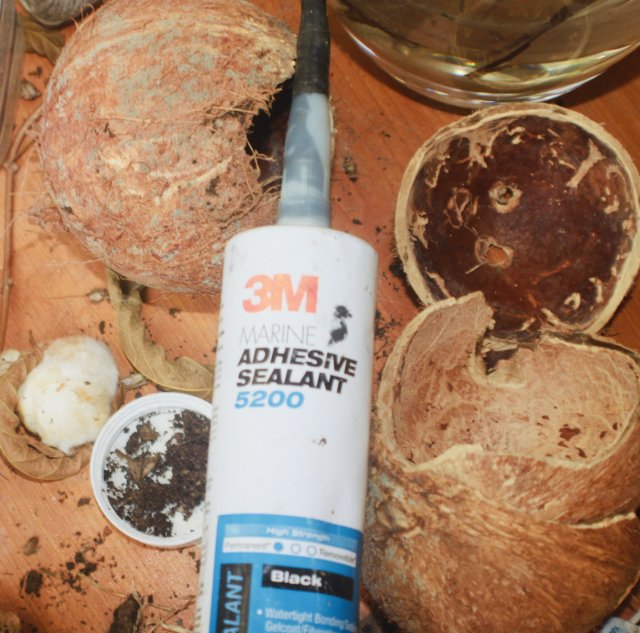 Note the specific Marine Adhesive Sealant , in the name.
Implying to me, something stronger than a window/door kind of use, such as GE1 is slated for.
My tank still seeps after fixing (although much less than before) , but there have been a number of arthquakes since, and it is outside on a patio. It especially leaks when sun hits dead on in the tropical heat late morning/early afternoon.
Reactions: LifeT

Yes the marine bit did sound appealing also 3 full size tubes for £12 , I'll certainly do a little more research and watch videos as mentioned , is it ok dripping ? Or should I be panicking a little more, I've watched videos of whole panels popping loose

I'm thinking of getting a food grade ibc tank cutting the top off , cleaning it and simply transferring the water and fish into it , my main concern is I live in the uk and although the weather is currently nice would a couple of 300w heaters be able to hold a steady 26°c throughout the night.

My tank has been leaking about a year, since being fixed after the 1st 5.5 quake, and the 3 or 4 smaller quakes in-between.
You can see algae growing on the stand. 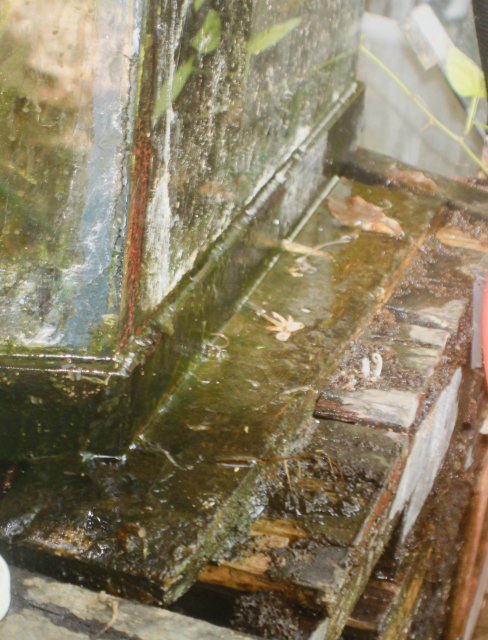 This shot was taken around noon today, when seepage is at its worst, because the sun is strongest.
At night it barely seeps.