Here i was thinking the Dovii was the meanest fish in the kingdom.

I have a 8 inch male trimac who also resides with a large 10 inch male red devil and a 12 inch large pleco. My other tank that held my also large 10 inch female dovii had a leak. So I had to put her in the tank with the others.

It took 1 hour. SMH. I thought she would at least be able to hold off until I could run to the store and get a bucket to put her in. She was the only fish in her tank as she used to be the baddest fish and killed everyone else.

I had no idea the trimac could be so relentless and just killer. The red devil chases him around all of the time.
Reactions: Magnus_Bane and Deadeye

Sorry to hear.
Dovii may be the worst on average, but it all comes down to the individual. If the trimac was already unhappy with its place, it wasn’t going to let itself be pushed around by another fish.
Expand signature
“There’s always a bigger fish.”
Reactions: Magnus_Bane, Cichlids-r-beasts, Stephen St.Clair and 1 other person

It is no surprise to me that the trimaculatus wasted the dovii.
Its not about one species being innately more aggressive than another..
Its about what fish has more invested in the real estate.
The trimaculatus was there first, and owned the tank, and had detente worked out with the others.
This leaves any new cichlid on the short end, doesn't matter what species it is. But....

its also about proper tank size for the size of the fish.
I've seen dovii in 500 gal tanks as docile as any mild mannered cichlid, but that's because it perceived it had adequate available space.
Put that same dovii in a 200 gal, and its an entirely different animal, and situation.
Reactions: 1 2many, Magnus_Bane, Toiletcar and 4 others

That's awful man. Hate that you're dealing with that. I've never had luck introducing any fish of any kind into an established cichlid tank. Ive literally seen a pair of 3 inch convicts pick apart a 9 inch gt in just a couple hours. Similar situation to yours where a friend decided to to pull the gt from its female due to it beating her up. This happened in a 40 breeder.. Never should have happened in the first place.

Depending on the climate you live a ten inch fish makes a good starter for a new tree in the yard. That's usually what we've done when we've lost one. Can even throw the carcass in the freezer til you're ready to do it.
Reactions: Deadeye

Theos.dad said:
Depending on the climate you live a ten inch fish makes a good starter for a new tree in the yard. That's usually what we've done when we've lost one. Can even throw the carcass in the freezer til you're ready to do it.
Click to expand...

Or.....if you live too far north for a pond, or the ground is too frozen to compost them, eating them has always seemed less wasteful to me than tossing in the garbage.
Peacock bass filets below. And yes, they are quite good. 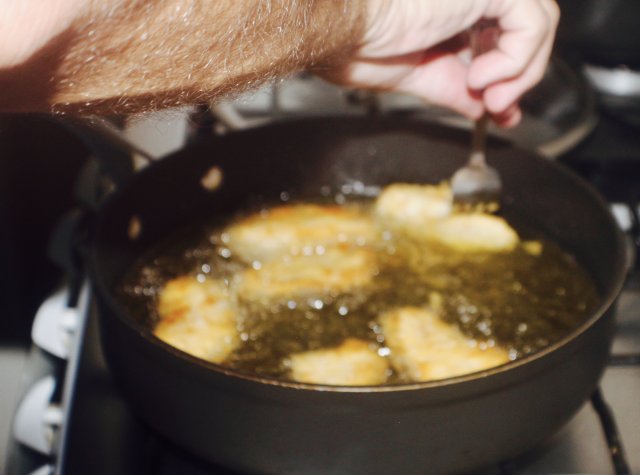 That would actually be my expected outcome. Your trimac and red devil already had their territory staked out. Unless you completely changed the tank's decor and teporarily removed the trimac and RD, they are going to know they are on their own turf and attack any invader. The dovii on the other hand is completely out of sorts, probably stressed from the tank move, and dropped into hostile territory. Not to mention that Dovii tend to be pretty skittish until adulthood. Sure a fully grown male will be an aggressive beast, but a growing female, not so much.
Also it sounds like the RD normally dominates the trimac. One thing I have found is when subdominant cichlids have something else to dominate, they do so the the fullest extent. It's a dog eat dog world and the trimac who was used to being the low man on the pole, found a newcomer he could be the boss of.
2 aggressive cichlids is not a good number usually, I would predict your RD and trimac tank won't work in the very long term unless there is space to add some other cichlids. If the tank is smaller than a 300, I would look at separating them.
Expand signature
POTM and TOTM 2019 Contest Info: Click Here

I agree with the others, pretty much the way I would have predicted how this would play out. For future reference, using a well reinforced tank divider would have been the way to go during an emergency move. Always a good idea to keep one on hand for just these types of situations. Bummer about your dovii.
Expand signature
He who dares not offend cannot be honest. - Thomas Paine
Reactions: Toiletcar, Magnus_Bane and Deadeye 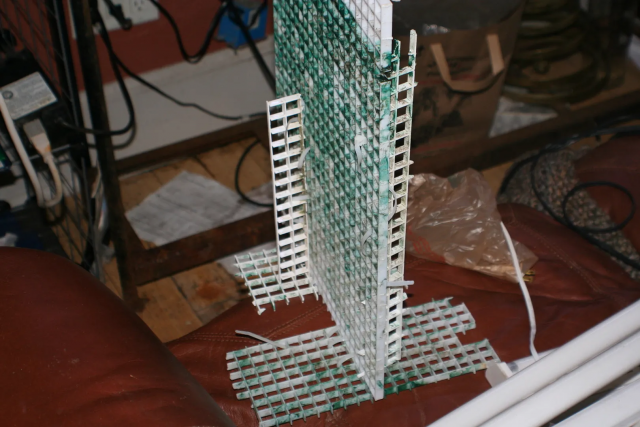 RD brings up a good point, any cichlid keeper with community cichlid tank(s) should have a few of these made and at the ready for all surprise occasions, for every size tank running, unless there are plenty of extra tanks cycled and ready to go at a moments notice. 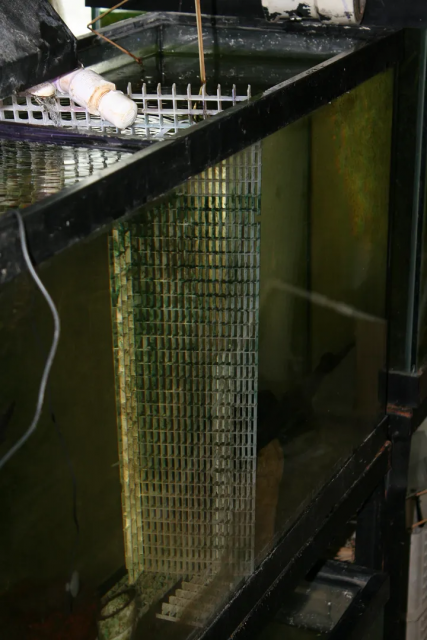