Will flesh grow back over dorsal fin ray?

I was doing a water change last night and left the siphon behind my Vieja Maculicauda's cave. Anyway when I turned the water on to fill the tank I heard something. A minute later or so in front of the tank I saw that my BB had swam up the siphon and was stuck

Anyways, I got him out rather quickly dosed the tank with Stressguard made sure he was okay. After about 20 minutes he was back to being a jerk to the other 2 BB juvies I have in the tank (hoping for a pair). I noticed the flesh was scraped off the front of his first/second ray of his dorsal fin. It scared me at first because his dorsal fin would not fully extend. After a couple hours it was back to its full extension. What a tough dang fish. If it turns out to be a male...he will be named Chuck Norris for sure...back to the point of the thread.
Will the flesh ever recover the front part of the ray? 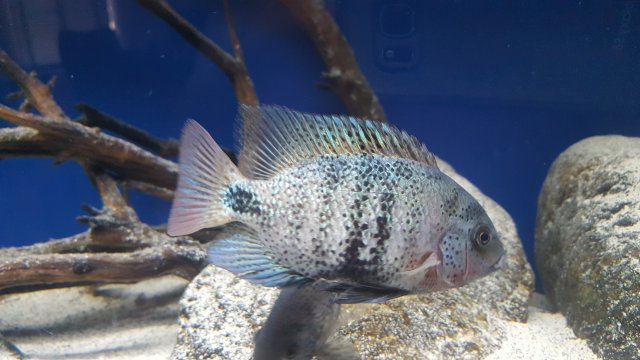 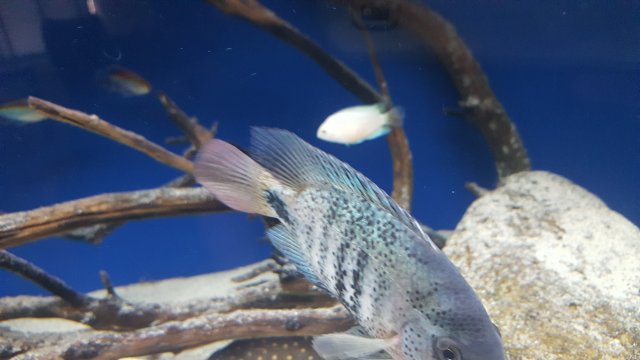 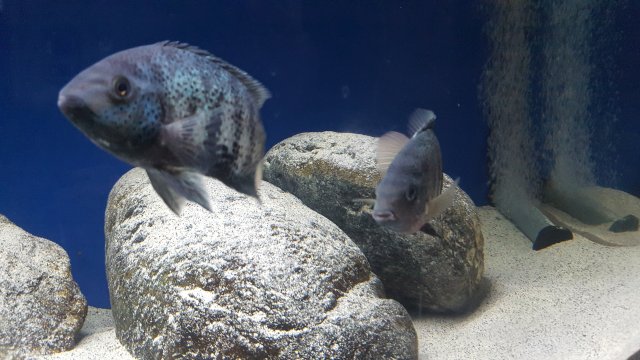 “Those who believe in telekinetics, raise my hand.” ~ Kurt Vonnegut

As long as the water is kept pristine so he doesn't get any infections it should be fine.
Reactions: Toiletcar, tlindsey and Wharf

Thanks thought as much; however, I have had chunks taken out of dorsals that never healed fully...only the soft point of the posterior fin
“Those who believe in telekinetics, raise my hand.” ~ Kurt Vonnegut

If it's just the flesh, its always healed fully with me. If it damages the actual fin structure or a split goes all the way down then it will always be noticeable.
Reactions: Wharf

The little guy or gal is a tough (insert expletive) ! Twenty minutes after the BB was lodged in the siphon he/she commenced his/her reign of control like nothing ever happened. The BB then swam up to me in front of the tank begging for food. The BB was 5 inches deep into the siphon and had to shake it forcibly to dislodge him or her. I don't know if the BB swam up the siphon while I was draining or filling, so I don't know how long the BB was in there. All I know the BB was blasted with warm tap water for at least a few minutes