ill have to get more tanks if were gonna have 20+ amphilophus in the future. right now i have devil, hoga, and red isletas and all are awesome. would like to keep chancho too
Expand signature
MY YOUTUBE CHANNEL!!


Thanks to Modest Man for posting the following.

I was doing good until I read this. I was offered my pick of 4 pure labiatus. However after reading all this I'm not sure they are indeed full on labiatus. The wc grand parents are from 2 separate reputable breeders from different locations (lake mangua, nic, & apoyo I believe). The parents are basically the same just 1 generation newer domesticated. Now the one I have 2nd generation domesticated.

Amphilophus labiatus is endemic only to the great lakes, Lake Managua and Lake Nicaragua.
Expand signature
He who dares not offend cannot be honest. - Thomas Paine
R

You're correct sir. I got mixed up.
J

RD. said:
Glad you enjoyed it. I think that it will be interesting to see how this all plays out over the next 30 yrs. I suspect that in the end we will be seeing a dozen or more new amphilophus species described.
Click to expand...

This is exactly what I love about nature in itself. It's always ever changing and bringing us something more beautiful than what we have ever seen before. I'm all for the natural hybrids and discovery of new species. It answers questions and shines light on things passed over for years.
I love the look of the Midas cichlid now but the aggression and dominance of the "Red Devil" is what got me into this hobby as a kid over twenty years ago. At 7 years old my brother and i would fight our fish with neighbors for lunch money and our red devil would always win. I didn't learn about a midas until 5 years later when it was labeled as such in a pet shop and i was told its the same fish kid. So back then i always imagined the size and aggression of a now "Midevil" was one fish with two long names i read in cichlid books, who's looks were held in the hands of luck of the purchase...... Then the Internet was invented lol.

Anyway I found my Midas a year and a half ago very sick in a pet shop in a murky tank left for dead. I liked his short snout and tall body shape and his overall potential so i bought him anyway. I put him in a warm clean tank with a mirror on the side, fed him 5 times a day and the magic began ( Day 1-14 below).

I call my Midas "King Midas" because of his story and amazing nuchal hump growth. He can look like three different fish at times. He can came from being this yellow/ Orange with his nuchal crown on his head to a now deep red-orange and small humble nuchal hump while breeding. I'm breeding him out like crazy (going on his 7th batch with 3 different females with 2 week breaks in between) to ensure his genes will pass on. As soon as his largest offspring (about 4-5 inches now) pops his head out i will post more pics of my "King Midas" legacy.

P.S. I'm looking for a 4th and 5th large hump female to breed him with if anyone can help me with that I'd really appreciate it.

Just picked up juvie Amphilophus flaveolus Lake Apoyo last month, as you can see, looks similar to any other Amphilophus at this 1" stage. Will be interesting to watch it develop. There were 2, but in true Amphilophus tradition, the slightly larger one, offed the other, 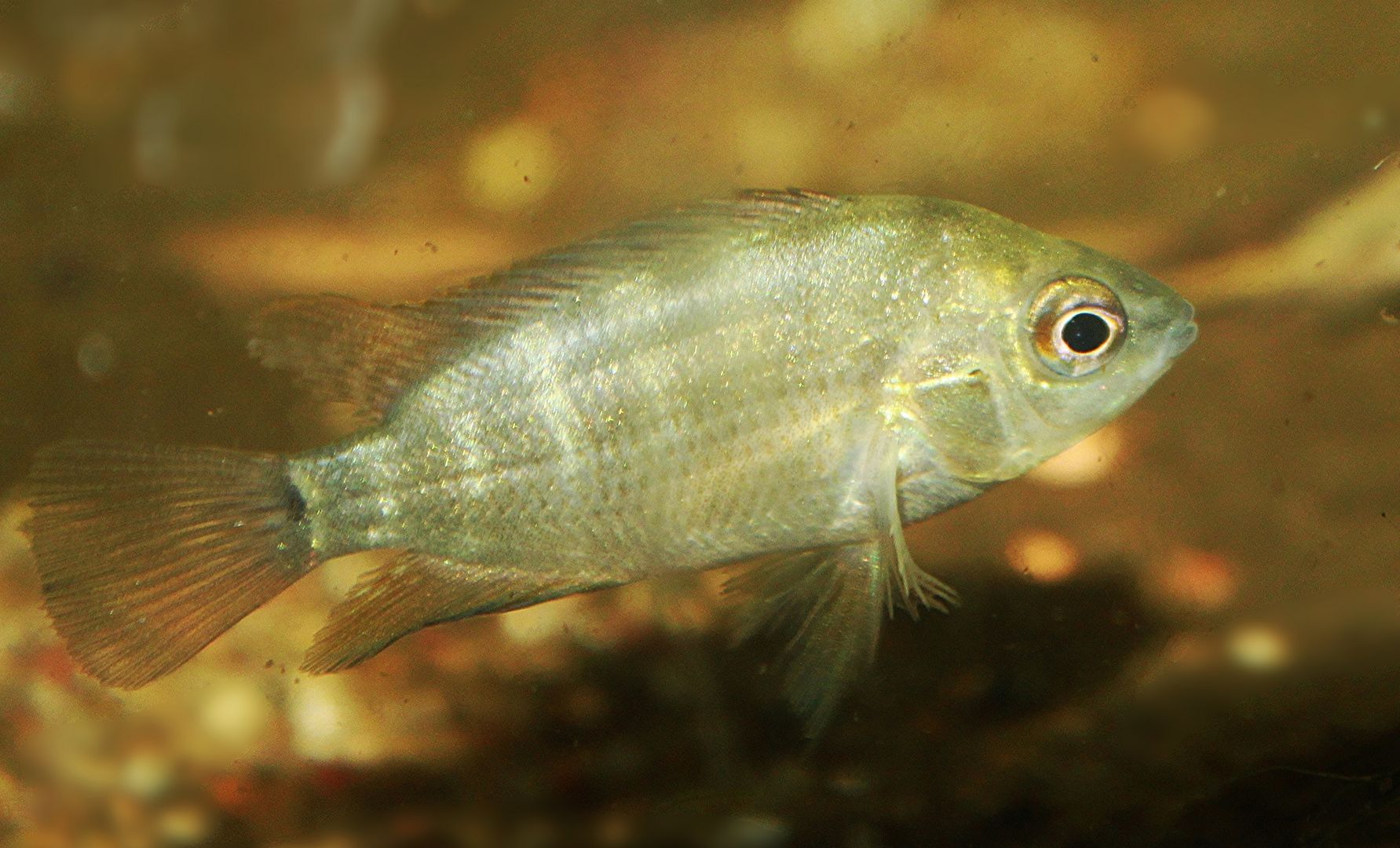 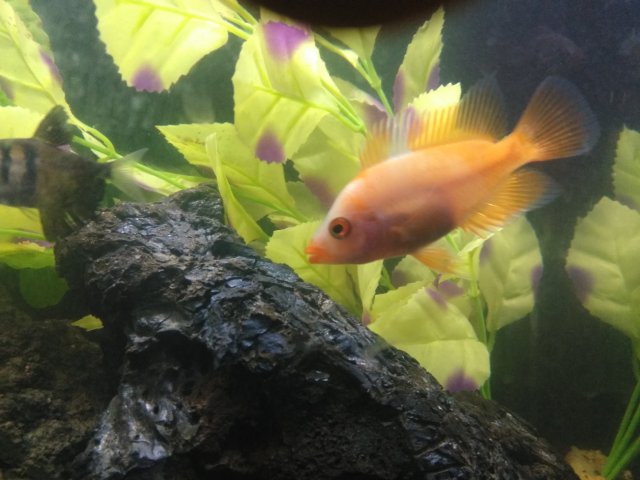