I’ve had them occur twice and both times I’ve had a loss of a fish. What causes them to occur? I know now methylene blue, kanaplex and water changes help.

Certain bacteria are opportunist & infect weakened, vulnerable fish.
To avoid bacterial infections, provide a healthy environment for your fish.
Learn to recognize symptoms of disease and select only the most vibrant, robust, healthy looking fish.
Most aquarium specific antibiotics don't cure. Just follow the forums for antibiotic failure threads.
Many areas of the world are banning aquarium specific antibiotics.
Prevention is the best remedy.
Reactions: deeda, jjohnwm, Caveden and 1 other person

One thing I have found... is water temps at or above 82'F , are often stressful and can lead to more virulent bacterial infections. (especially diseases like columnaris)
Many Bacteria become more virulent and spread faster at higher temps than lower ones (when as a microbiologist I grew pathogenic bacteria in the lab, using incubators in the 90sF),
so unless the fish have evolved to live in higher temp waters (like N haitiensus, or genus Alcolapia) tank temps in the mid to high 70s are adequate.
Consider.....the temps that most cichlids inhabit in the rift lakes of Africa are mid 70s.
Some Mexican and "southern" South American fish experience seasonal cool downs into the 60s.
And......
when treating (because it is often recommended to raise temp for ick) aquarists often raise temps for every disease, including bacterial infections.
and because bacteria love high temps (to a point), is actually counter productive
Last edited: Nov 25, 2021
Reactions: deeda, Caveden, tlindsey and 1 other person

It occurred overnight in less than 6-7hrs.
Parameters:

I understand my ammonia is higher than usual,how could it lead to bacterial infection? The fish had loss of slimecoat, cloudy eye and red gills. I had done a water change just 2 days before the bacterial infections occured in my tank. I’m unsure of the temperature in my tank, as my country only experiences one season, summer and I d didn’t think would be necessary.

Judging by the noted parameters, your tank isn't completely cycled.
The presence of ammonia & nitrite alone could have contributed to the
speedy death of your fish.
Reactions: tlindsey and jjohnwm

Agree with Stephen and....
In many tropical countries, like where I live in Panama there are a couple seasons, not as obvious as in northern countries but significant no less.
There is the rainy season where water temps drop (especially in places where rivers that flow down from the mountains, like the Andes in S America, the Sierra in Mexico, Himalayas in Asia, etc) lower average temps, and the dry season, where water temp rise.
And as Stephen said
ammonia and nitrite are very stressful at even tiny amounts, and cause a fishes immune system to be compromised, allowing even normally non-lethal bacteria to take advantage, and become infectious.
Reactions: Stephen St.Clair, tlindsey and jjohnwm

my ammonia is usually 0. Not sure why my ammonia was 0.4.

so 0.4 ammonia which is higher than my usual caused the bacterial infection to occur? 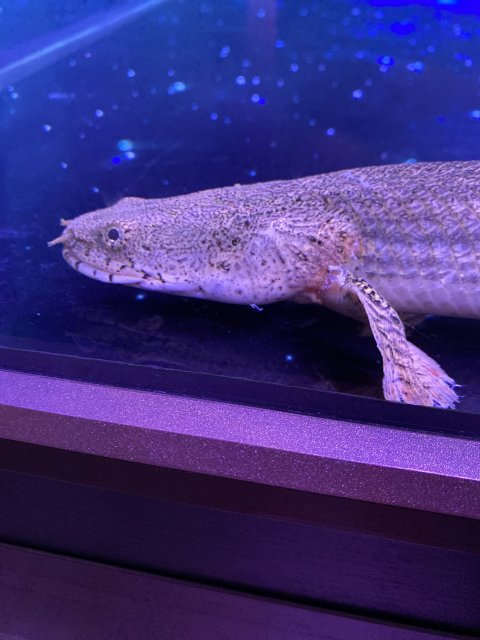 I would look into better filtration. Many times the fish out grows the filter. The bare bottom tank is not helping.
Expand signature
I got 99 problems and a fish ain't one
Reactions: tlindsey
You must log in or register to reply here.
Share:
Facebook Twitter Reddit Pinterest Tumblr WhatsApp Email Link
Top Bottom