Right guys, this idea is not a new one by any stretch. I've seen it on various forums over the years. It is incredibly popular simply because of the laugh factor.

The idea is that someone posts a picture and people who want to take part come up with a caption for the picture. It might be just a general comment about the picture, or it might be what one of the subjects in the picture is saying to another subject. You'll get the idea as it goes along.

I'll get us started with the first picture and caption. After about 24hrs I will decide which caption I think is the best/funniest and then the baton is passed to the winner. They will then post a picture and after 24hrs or so they will do the judging and the baton will be passed on to their choice of winner.

You can come up with as many captions as you like for any picture but the person who submits the picture CANNOT vote their own caption a winner, even if it is the funniest. The idea is to keep passing the baton along. Let's see how we go. Keep it clean because of course mods will be watching. 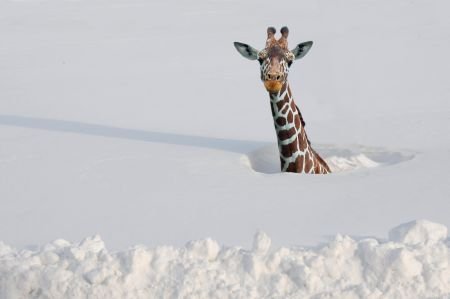 Expand signature
Well, here's another nice mess you've gotten me into.
Reactions: twentyleagues, The Masked Shadow, Deadeye and 3 others

Or....Canadians are sick to death of losing their pets in the snow, so

jjohnwm decided to get one that he could see!
Expand signature
Well, here's another nice mess you've gotten me into.
Reactions: neko1, Backfromthedead, tlindsey and 3 others 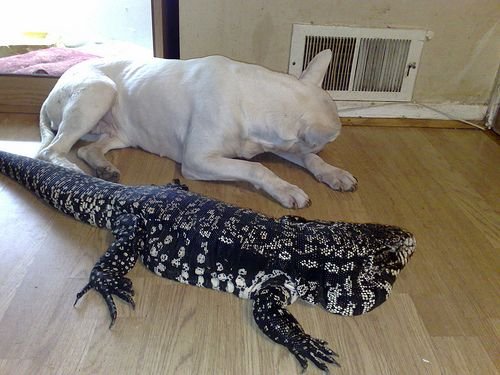 Jexnell has got a grasp of the rules yet, lol.

Post a caption to MY picture, and after 24hrs I will decide which caption I think is the best and the winner will then post their own picture for everyone to put a caption to. It'll just keep rolling along like that.

In good old MFK style I can see the rules being broken every which way, lol.
Expand signature
Well, here's another nice mess you've gotten me into.

Too late I can't delete it maybe staff can.
Reactions: esoxlucius

Go out in the snow they said
it will be fun they said
Reactions: Matteus, deeda, Deadeye and 1 other person

Giraffe playing hide and seek on the African Savannah takes the game a little too seriously!
Expand signature
Well, here's another nice mess you've gotten me into.
Reactions: Matteus and Deadeye