It is still too cold to go fishing for me but I thought I would post a couple photos from last year.

This little fishing hole is an hour's drive, plus a 30-minute hike, at about 6,000 feet in the Sierra Nevada. This is my favorite Lake where I can't take the boat. I'm considering some inflatable stuff to go up there but I have to pack it in. 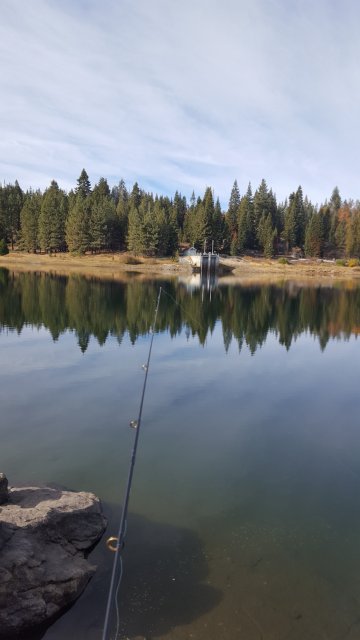 Look at that! I'm busy taking photos & my line has gone Slack.

This is the last bass I caught last year up at Hensley Lake and it wasn't much. 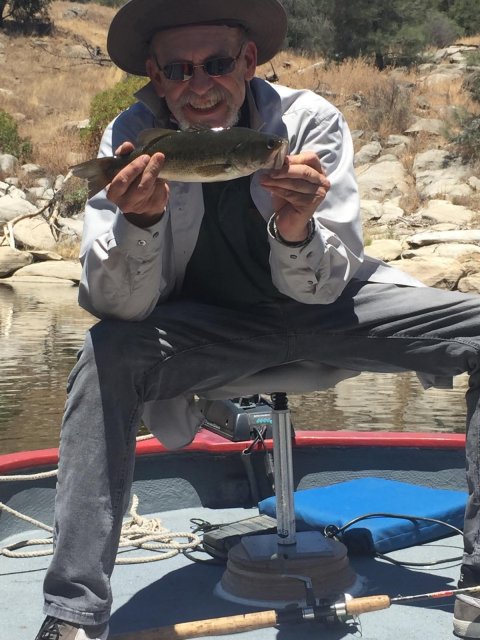 This is my experimental electric boat. It used to have a 40 horsepower Evinrude on it and was extremely fast. Now it has one and a half horsepower electric with six RV batteries and it's extremely quiet. 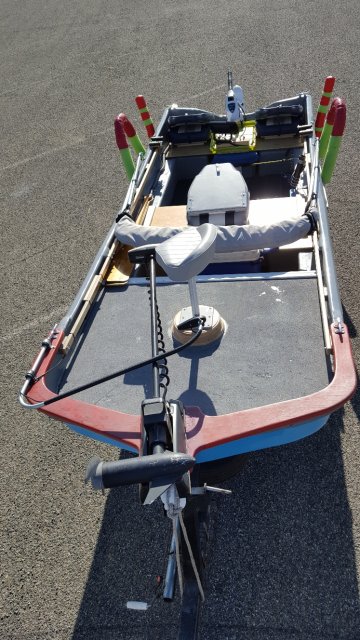 When I have the money I will convert this to lighter weight lithium batteries, saving 300 lb. Right now it's it's a little bit low but it is fine for two or three people on calm water.

That thing on the tube which crosses over the trolling motor is the pickup for my fish finder. It just rolls over and hangs down in the water such that if it bumped something it will swing out of the way.

The X-24v should be renamed because I have upgraded it to 36 volts. This boat has been repaired and modified many times over its life. 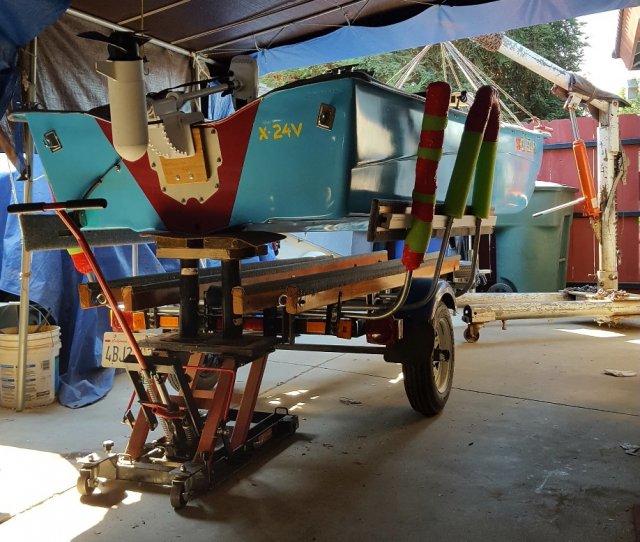 Here I am putting new rails and carpet on the trailer.
Last edited: Mar 12, 2019
I hear bubbles 24/7
Reactions: BichirKing and Steve_C 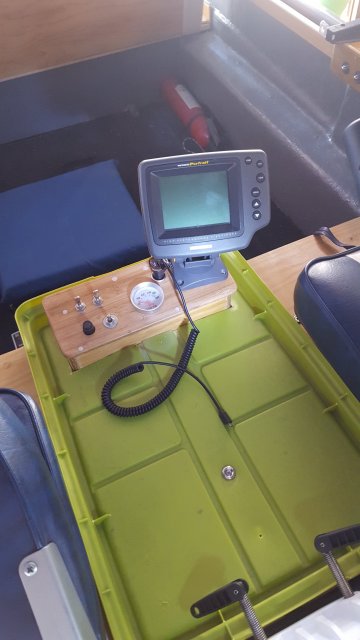 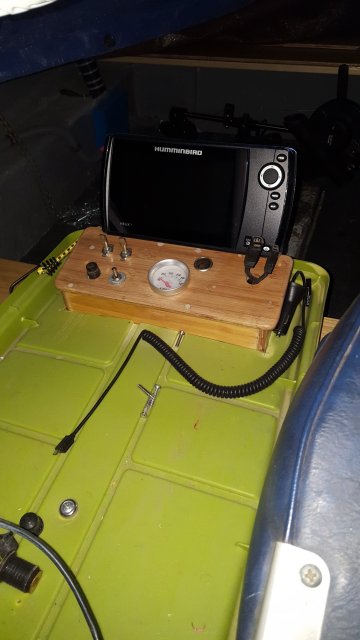 You had a 40hp on that little guy?

That had to be a wild ride lol. Did it purpose much at full throttle?
Reactions: Dloks

Steve_C said:
You had a 40hp on that little guy?

That had to be a wild ride lol. Did it purpose much at full throttle?
Click to expand...

Lmao that’s what I was thinking that musta flew
I don't shower so my fish can get a W/C
Overfiltration isn't enough filtration!

Yes indeed plus the boat was lighter when I first bought it in 1997, because it only had a battery to start the engine. No deck, no trolling motor, no casting perch. Two seats and hang on!

The guys that rebuilt her had no idea what they were doing and I ended up reinforcing the boat quite a bit.
This was after the addition of a trolling motor and a second battery. The hull is a 1976 Columbia by RJ Smith, and was very unweathered when I got it. This was an old and lightly used boat that some young guys modified. 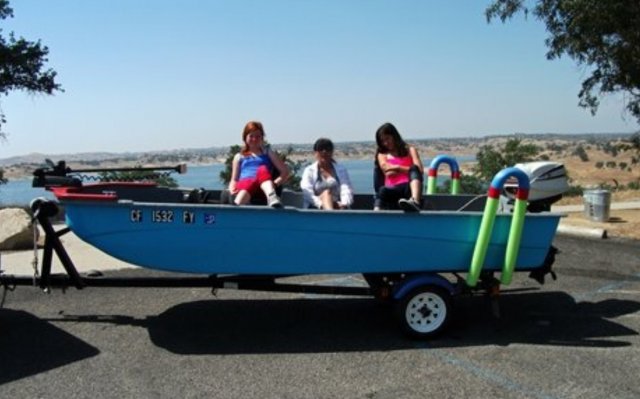 It was a mess but I got it cheap & the engine had great compression. I rewired it completely and changed the clutches. I rebuilt the carburetor. New fuel pump and a tune-up. I put a brand new propeller on it and it was a running son of a gun. 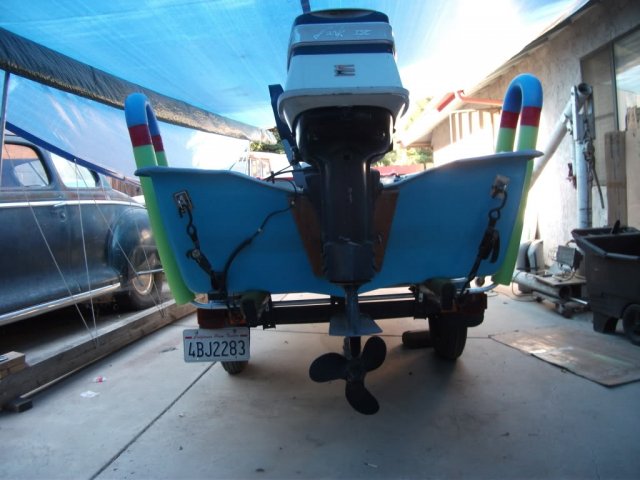 You did not dare chop the throttle at full speed because you'd swamp the transom.

And it definitely porpoised on a choppy lake, but on glassy water it was really fast once I got the trim set up.

Eventually the engine started kneading other things like starter bearings and a new belt a water pump impeller and gaskets and new clutch hubs and springs in the lower end. This engine has electric forward and reverse with push buttons. There was no tiller and I drove it from the front with the remote mono cable stick arrangement.

I reinforced the aging transom with two pieces of steel tube and several coats of fiberglass. 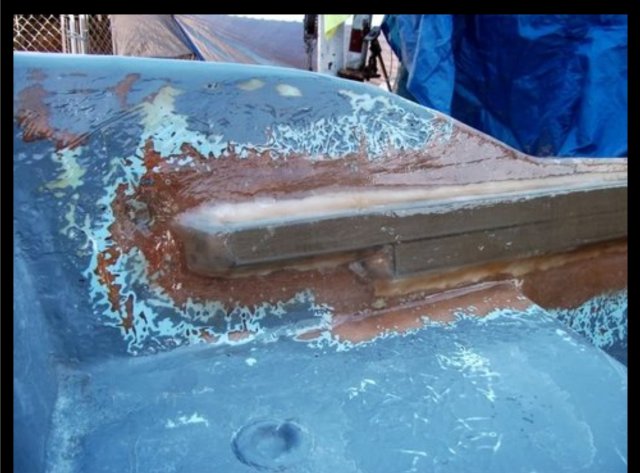 This is when I was edge-blocking the deck. 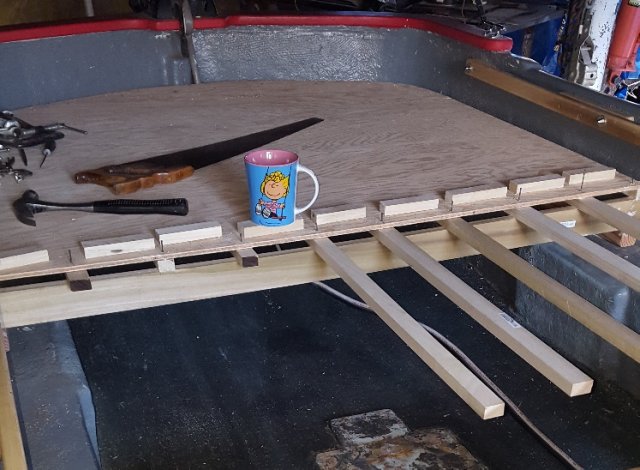 The old forward seat mount is seen there.
This was the intermediate bench seat mount on the original boat, as it originally had two bench seats. It also had a cowl, a windshield, and a steering wheel; all long gone when I received the boat.

That red piece of wood on the bow covers up the ragged cut where the cowl was removed. It also reinforces the bow somewhat and gives a perch to mount my trolling motor. 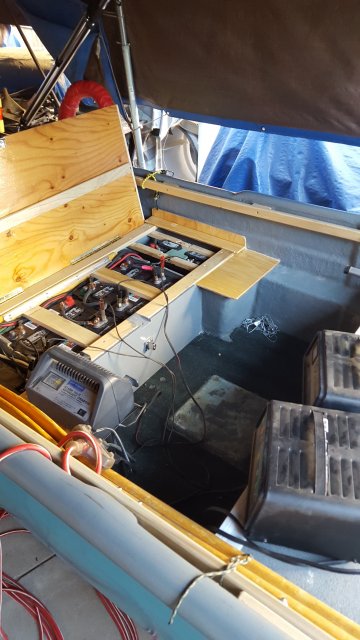 I went from a 2 blade to a custom 3 blade prop and it pushes this boat along up to 5.5 knots. 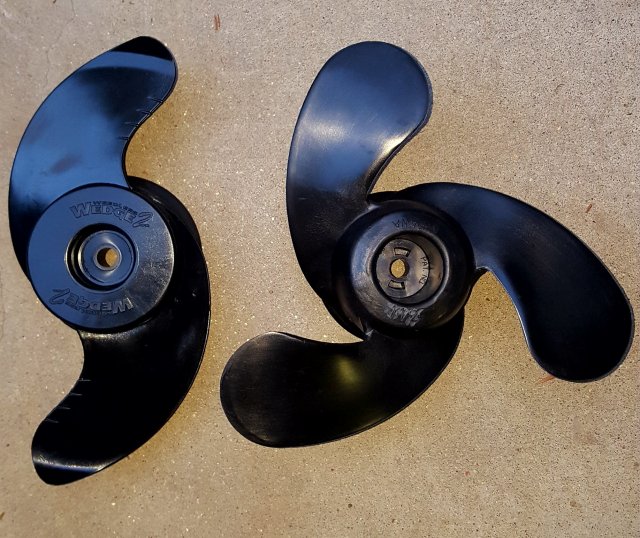 The new prop has a lot more pitch. 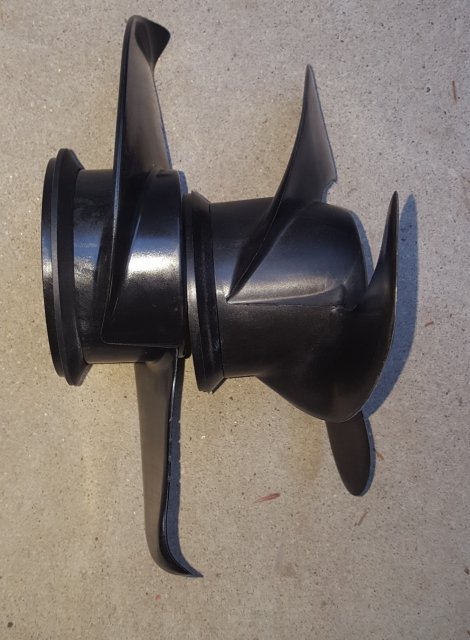 Another photograph of my favorite fishing spot. 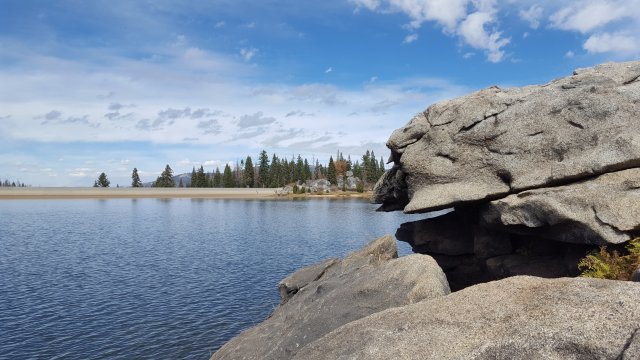