How do you determine aaa to aa to a to b to c. Then what are the types like ZZ and Kamfa and all the other ones?

Here's one explanation, how to grade a zz:
http://flowerhornrusforum.com/topic/107968/1/

This is a really broad question which is probably why people haven't responded. Check out aquabid and look at different types this can help you get an idea of what is out there. 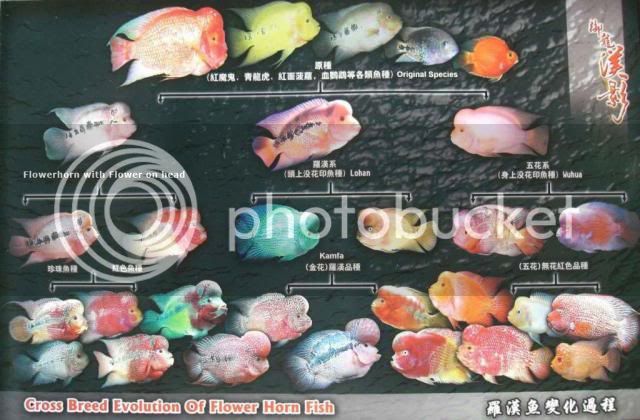 The flowerhorns on the left are the flowerhorns with pearl on the head. They divide into zz's, red dragons, and zz malaus. They way you can tell a zz is that it is mostly trimac and lyonsi, so at least it has the three spots of a trimac, the flower on the head one in the middle and the ocellus on the tail. Most also have flower lines like the lyonsi. The red dragons have a red head and a large kok so they have more midevil and redhead (synspilum), though they are not faders.

The flowerhorns in the middle have more vieja, and this is the kamfa and kamfamalau group. basically a kamfa is a flowerhorn based mainly on vieja and paratheraps species. "classic" kamfas are flowerhorns with the vieja body kok and red head, and they are based on vieja. Though more often than not these days kamfas will have blood from more than one species of vieja. The most popular and valuable kinds of kamfa in thailand appear to have many pearls and pearl crossing the head. In vietnam kamfas tend to be larger in stature and have more smaller pearling. A classic kamfa will always have a red head.

On the right we have faders. these are flowerhorns that have inherited the "fade" gene of the parrots red monkeys and midas cichlids, but given the nature of the gene (a fish at maturity will turn often all one color a variation of white red orange or yellow) there is only one very established breed of fader, the jin kang. true jin kangs will be half red (on the head like red dragons) and half yellow or orange. Many jin kangs look like red dragons until they fade.
Given the fact that when a fish fades the gene can totally block out or mostly overshadow the patterns already on the body, there are only a few kinds of faders that are really nice or worth a significant amount of money. There are some really nice faders out there, but you can cross two nice faders and still get fish that look like red devils so they are not as common.

hope this helps people please comment or correct me if i am wrong on any points. I personally am not too clear on the qualifications of the malau strain
Expand signature
Kaleidoscope Aquatic
CA & Crossbreed Cichlid Anabantids & Ornamental, Planted
Facebook Daniel okc cichlids
Aquabid okc cichlids
Reactions: Ombon_flowerhorn and Magnus_Bane

Oregon, it's part of 'Murica!

Thats not a Lyonsi pictured and I still say theres no real evidence to support the claim that it was used.
Expand signature

Kids, you tried your best and you failed miserably. The lesson is, never try.
Click to expand...

So what grade is this? 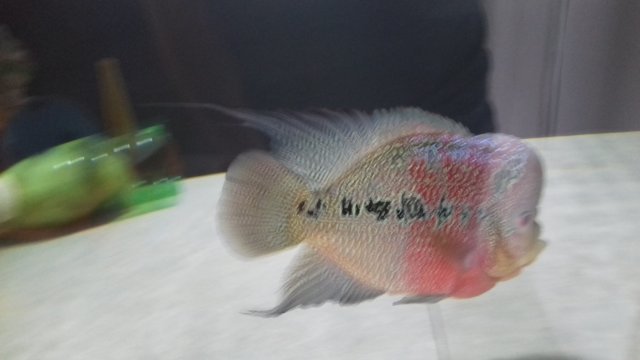 Can you tell me what grade is mine flowerhorn, also i am confused between golden base fader or red magma fader. 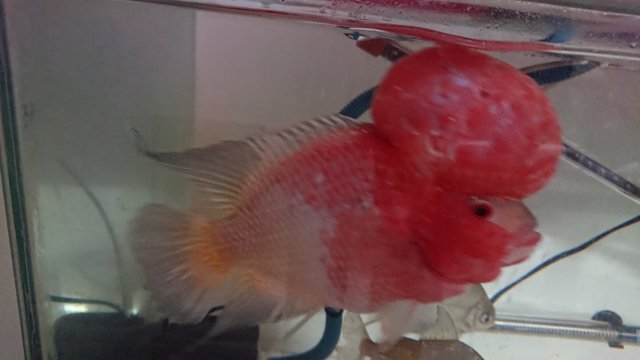 If it was me grading it I would give it a solid B grade. It appears to be a red dragon, if I'm not mistaken, but it doesn't seem to have a very big kok and the flowerline on his left side doesn't appear to be straight like it is on his right. He does however have a very nice red coloration and great finnage but he is somewhat lacking in pearls. Personally I would recommend feeding him more foods with algea and spirulina in it to bring out more color in his pearling while also showing him a mirror for 15-20 mins after eating every day to help stimulate more kok growth.
Reactions: Ombon_flowerhorn and AqAnwar

AqAnwar said:
Can you tell me what grade is mine flowerhorn, also i am confused between golden base fader or red magma fader.

If i was to grade this FH it would depend on which base it is. If this was a golden base I would grade this male as a A. He seems to have a very nice red coloration and a massive kok but he is lacking in the traditional golden coloration throughout the rest of his body.
If this male was a magma base however I would grade it as a B as the kok and red coloration are quite normal however it is severely lacking in pearls thought it's body which is what most magma's are known for regardless of being a fader or not.
Reactions: AqAnwar

As I have grade 2 FH's on here already I have decided to grade my own male that I had based off of what specie is supposed to look like and what most ppl would be looking for in a red dragon. Personally I would grade "Jr." Here as a A. He had a almost straight flowerline along with a big kok and 'decent' pearling. However the reason I would limit him to strictly an A grade and no higher is do to him lacking a bolder red coloration and for the fact his pearling never went down the middle of his forehead/kok. He also had a scar in the front middle of his kok (rammed into the rocks) which severely drops the grade when it comes to a commpetion.

A commpetion will also grade a FH based on how aggressive it is but as a pic really won't show much of anything about attitude and aggression I can't really grade any body's FH on that.

Btw this is Jr. when I still had him. 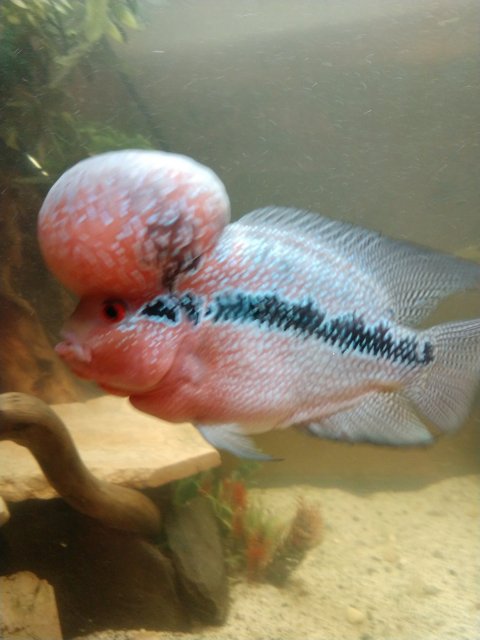