If yes, what is your ammonia?
0

If yes, what is your nitrite?
0

Hey all, two days ago my Kelberi attacked my Prochilodus. Despite being well over half his size he got most of my Prochilodus in his mouth. When I found them my Prochilodus was already dead and trying to catch my bass to pull the fish from his mouth could've injured him.
So I waited an hour before my Kelberi spat the Prochilodus out.
After he did my Kelberi's mouth has been stuck partially open and he has been breathing rapidly.
He can move his mouth mostly but doesn't seem able to open or close it.
I think the jaw either be strained or dislocated. Any idea what I can do for him? 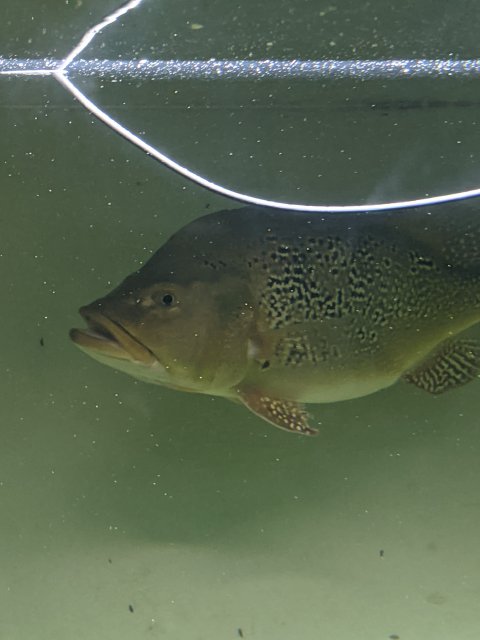 Update: He can fully close his mouth on his own but he still keeps it partially open. He isn't eating and he is still breathing heavily and only stits in one area of the tank. I pulled him out of the tank and closed his mouth without any problems but it has not improved anything. It looks like his mouth is flexed open as if he is still holding something in his mouth but there's nothing there. He hasn't swallowed anything and nothing is stuck in his mouth/throat.
You must log in or register to reply here.
Share:
Facebook Twitter Reddit Pinterest Tumblr WhatsApp Email Link
Top Bottom