Lowly tinfoil barbs getting their own thread...

We have had tinfoil barbs come to us as rescues over the past decade, perhaps a dozen or more. I am not versed to tell the difference between the two most common species (or so I am told by Jeff Rapps) - the Barbonymus altus (red-tailed tinfoil) and Barbonymus schwanenfeldii (tinfoil barb) - because I have never looked into it... because they are not a giant fish and I discriminate between fish according to my pet "size fetish", of course...

Nice thread by Rafini this is: https://www.monsterfishkeepers.com/forums/threads/the-difference-between-tinfoil-barb-species-barbus-schwanefeldi-and-barbus-altus.513210/ It states that altus grow smaller 8"-10" and schwanenfeldii bigger to 14"+ and the latter sport much more prominent black stripes in their tail fin.

The tinfoils appear to be rather underrated in our circles. However, when they are large and in a large school, they are striking, even I can appreciate it.

None of ours have appeared to ever exceed a foot. Many of ours fell prey to African tigerfish, it would appear, in one of the 4500 gal, so the remaining 4-5 have been transferred to a 240 gal and then, after a year or so, into our 25,000 gal cyprinid exhibit.

Recently we lost one of the bigger ones to seemingly natural causes. It's been with us about 5 years, having reached 13": 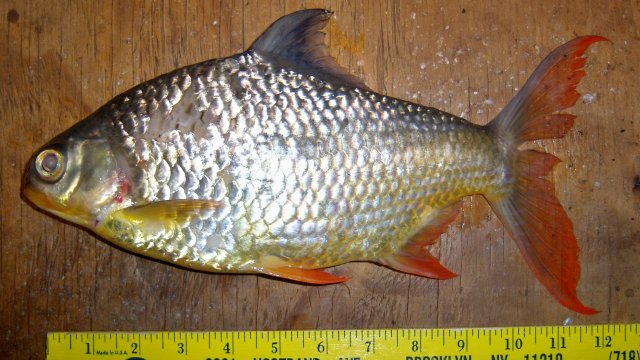 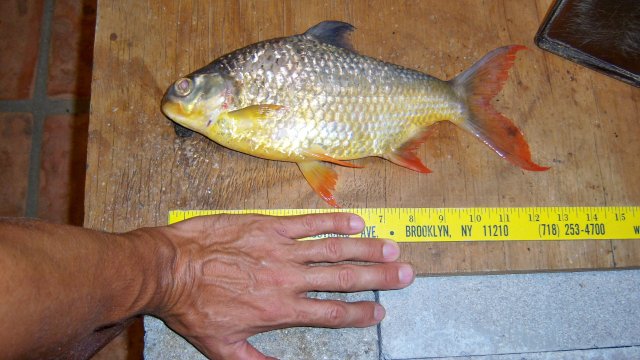 When I first came back to the hobby a few years ago after being away for a long time, tinfoils were the top of my list when I was planning my stocking in my new 180g. They reminded me of the rudd, a beautiful coarse fish us anglers catch here in the UK.

At the time I wasn't well versed on the variants, in fact I just thought a tinfoil barb was a tinfoil barb and that was it. I got four very small individuals. They all looked pretty much the same at that young age but as they grew they changed into four completely different fish, one of them literally!

One of them became the altus with the red fins which is a dead ringer for the rudd, one was a yellow tinfoil barb, another one was an albino tinfoil barb and the last one turned out to be a lemonfin barb, i believe a different species altogether!

It wasn't until sometime later that I came across pictures of the schwanefeldi variant with the dark stripes on the tail fin. I think the schwanefeldi is my favorite tinfoil and none of my four originals turned into one, which I was a bit gutted about.

Unfortunately my albino and yellow passed a few months ago, my altus is still going strong and totally beautiful, and yes, it seems to have maxed out at about 10". My lemonfin barb is just turning into a monster, god knows what that'll max out at.

And you're spot on, the lowly tinfoil does deserve a thread of its own, great fish.
Reactions: RD. and thebiggerthebetter

Great addition and a unique and unbelievable story of the four tinfoil musketeers! Thanks Esox! You should have named them Aramis, Porthos, Athos, and D'Artagnan.

It is "my" tinfoils that are getting their own thread, haha... You start yours for yours

Yes, I have too spent my childhood often fishing for roach (Rutilus rutilus) and rudd (Scardinius erythrophthalmus) aka краснопёрка in Russian (literally red-feathered).

Don't confuse roach with cockroach or rudd with Paul Rudd. English is such a limited language!


For those who don't know much about them... https://en.wikipedia.org/wiki/Common_rudd

The common rudd (Scardinius erythrophthalmus) is a bentho-pelagic freshwater fish, widely spread in Europe and middle Asia, around the basins of the North, Baltic, Black, Caspian and Aral seas.

There is a variety of the common rudd, popular among pond-keepers, known as the golden rudd, which has a gold-coloured body.

The dorsal fin and pectoral fins are greyish with a reddish tint and all the other fins are bright red. This coloring of the fins is the feature to which the seventeenth century name ‘rudd’ refers. 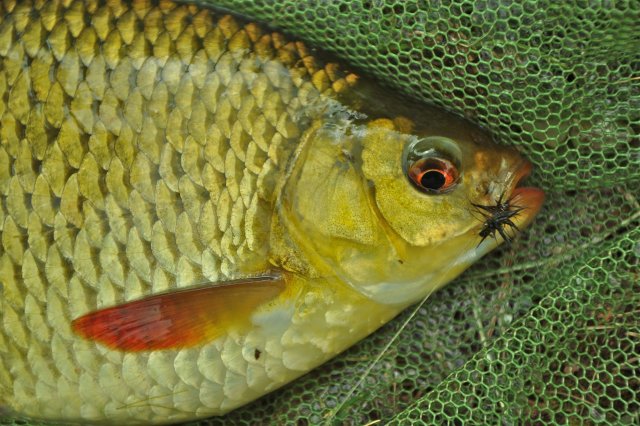 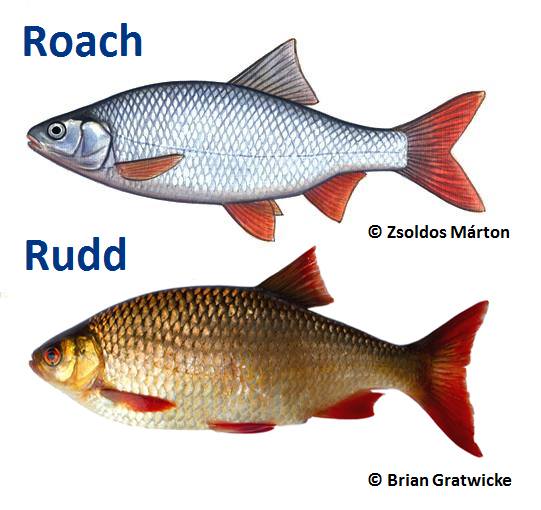 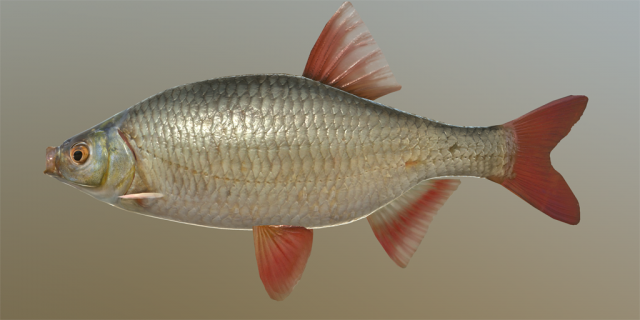 The Altus I’ve kept in the past did reach a good size. Never keep schwanenfeldii though, so can’t compare size for those. 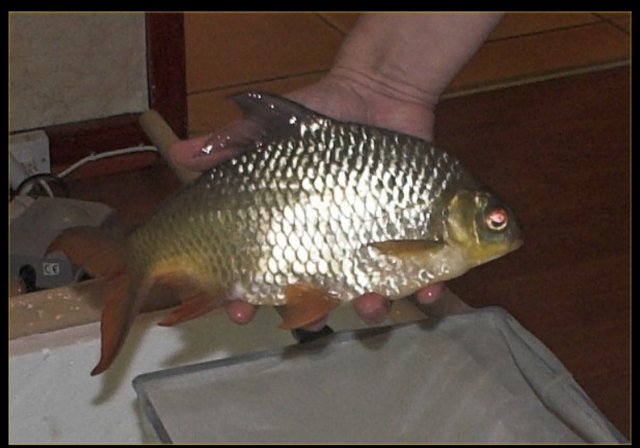 toinfoils are a great fish and pretty much indestructible. ive got a golden tinfoil approaching his 16th birthday who has lived in a pond full of turtles, sunfish, and bullheads when the weather is nice and a tank full of south american cichlids when it gets cold. nothing phases him. i havent seen a tinfoil barb for sale at any shops near me for 4 years (bought one in 2015) so i hope they dont disappear all together
Reactions: RD., islandguy11 and thebiggerthebetter
C

esoxlucius said:
Unfortunately my albino and yellow passed a few months ago, my altus is still going strong and totally beautiful, and yes, it seems to have maxed out at about 10". My lemonfin barb is just turning into a monster, god knows what that'll max out at.
Click to expand...

You might be in for a wild ride, check out this brute Toby Lim fished out of his pond:

Chub_by said:
You might be in for a wild ride, check out this brute Toby Lim fished out of his pond: