Got my school of Fogo off of live and settled into their new surrounding, finally. So, I will be keeping a growth log of them as well to document their maturation for the community as well as myself.

At the moment they are all slamming tilapia and shrimp in my 150g until mid next month when my large brokopondo school will be moved on and they will have full reign of my 9'x5' aquarium to (hopefully) explode in size! Also planning to have them on Omega One and Massivore pellets by that time to aid in their growth and health.

And now, pics! Excuse the algaer on the back wall.. 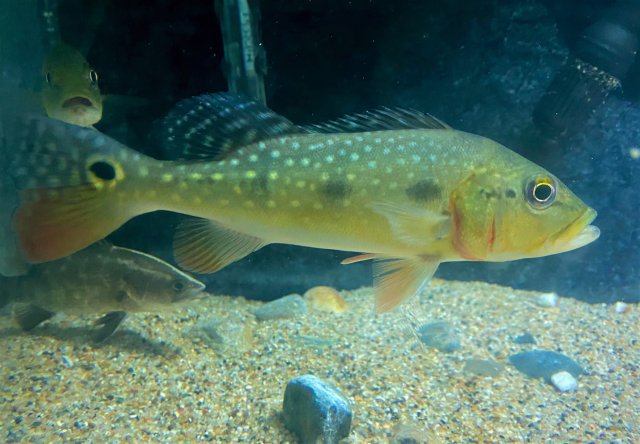 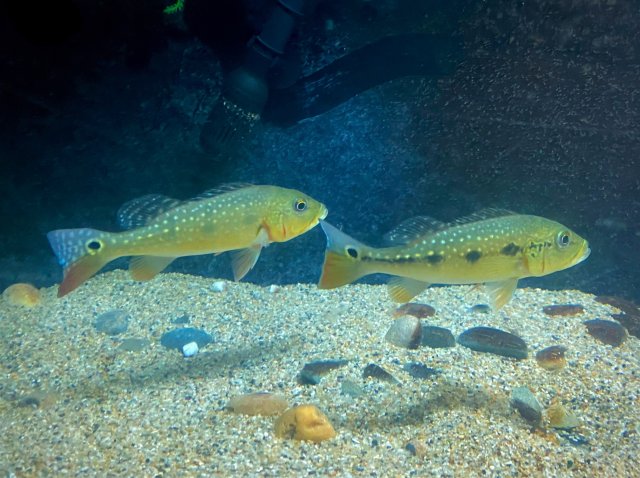 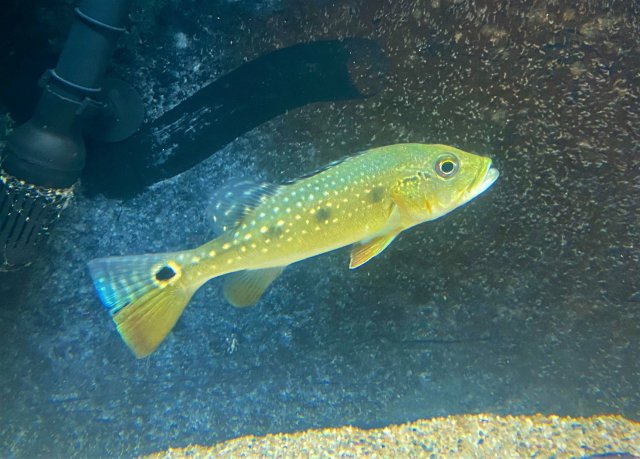 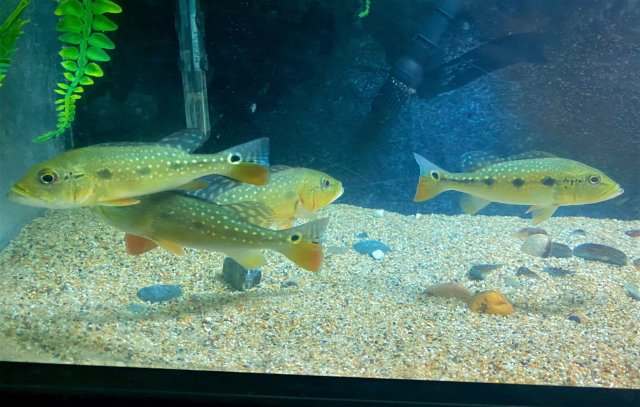 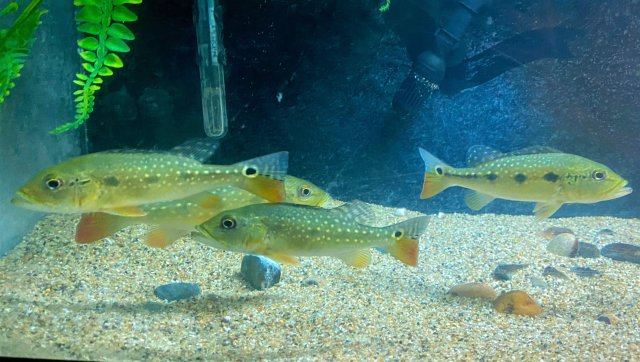 Nice , can see the orange tent ,

Only one picture in this update but just a few observations I wanted to add:

1.While I have witnessed bass having an orange/red eye many times.. under the same lighting all of my Fogo have deep purple eyes. Im sure its just my lighting and that they are actually just a shade of red, but ,the shade must be different than any other bass Ive kept because nothing else has shown purple under the same conditions.

2. Pound for pound these seem to be the most combative bass I've had. While they dont hurt each other, the Fogo are constantly roughhousing. There is never a point where at least two arent messing around and flaring or chasing. I've had Orinocensis and Pinima in the past and neither species showed the stamina and almost enjoyment these guys show play fighting all day long.

3. Growth seems to be on the more rapid end of the spectrum, in about two weeks they have put on roughly 3/4" each! 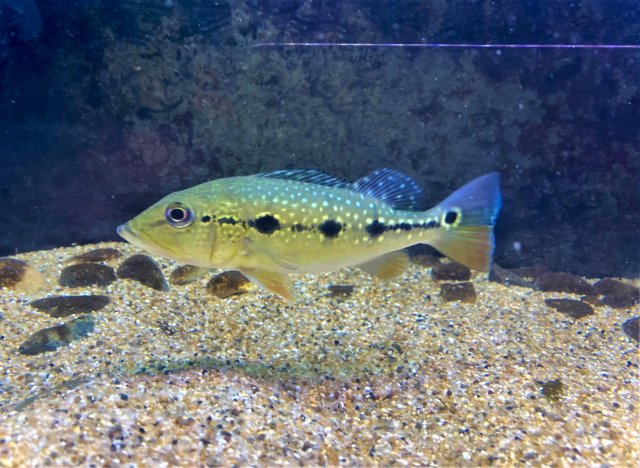 congrats on the group!

Biggest member of the school is definitely getting the reds and oranges before the rest of the pack! Insane oranges coming in on his throat and gill plate! 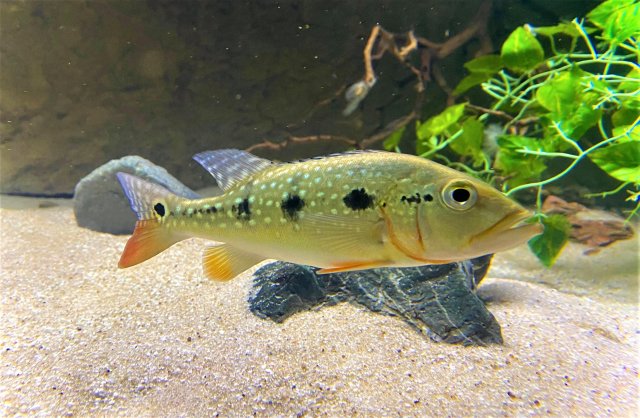 One full shot of the group. One member has a small bit of ich that sprung up today and is already being treated for. Other than that, all four seem quite healthy and happy! 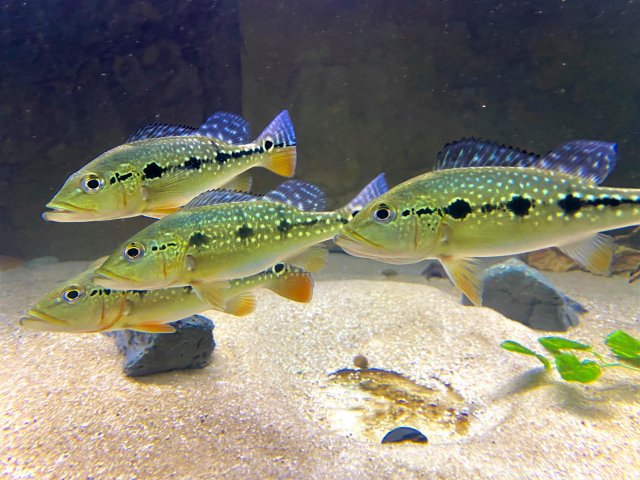 Blakewater said:
One full shot of the group. One member has a small bit of ich that sprung up today and is already being treated for. Other than that, all four seem quite healthy and happy!

i thought you ordered a bunch of the 2” units?
Click to expand...

Also, just as a little update:

Between the 9x5ft area they have almost completely to themselves, the power feedings of pellets with some tilapia 3-4x a day, and keeping the water relatively pristine with frequent 50% water changes, all four of my bigger group of Mirianae have put on about 1" of length, each. Still too early to really call their standard growth rate but so far it is looking to be on the medium-faster end of the Cichla spectrum. Personally I would say they seem to be growing faster than the Meleniae I have kept.
Expand signature
550g: 4x Cichla Mirianae, Tocantins Irwini, Siberian Sturgeon Hybrid