Showcase all of my cyprinids collection

Osteobrama feae from Salween River. They ranges from India to Myanmar. These are not exactly rare but I have no idea why this species is such a big deal in asian market, quite expensive for such a common fish. 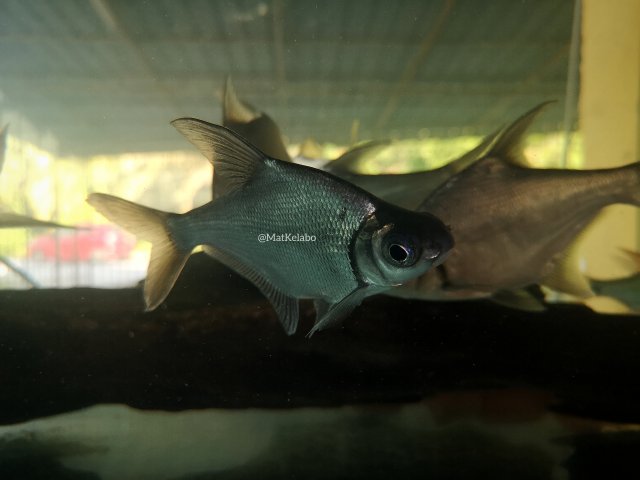 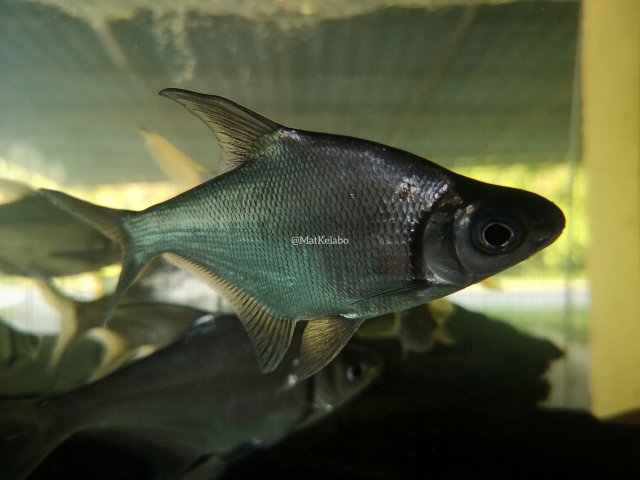 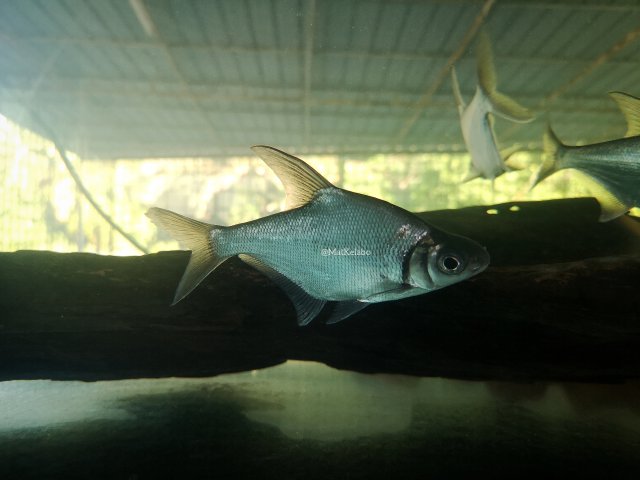 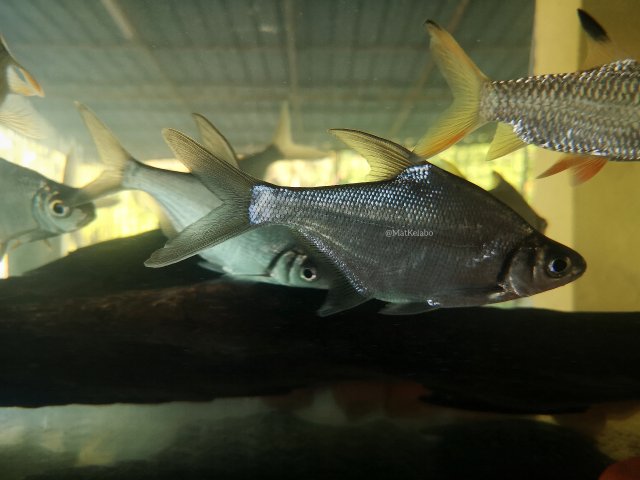 This is what it looks like when fully grown, picture found online 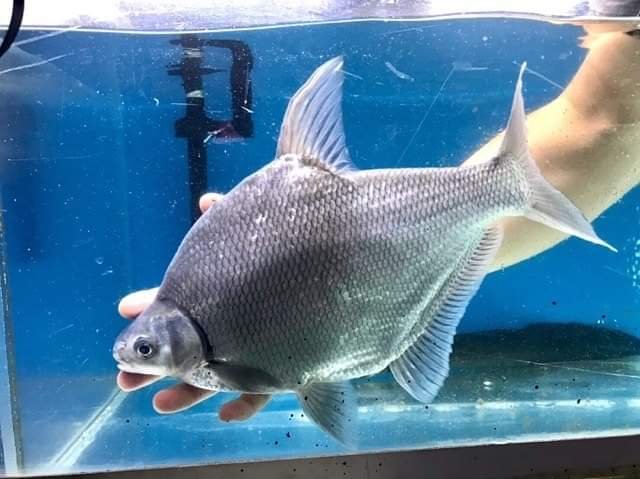 These guys are pigs. They never stop eating. I just had these but I think they're fast grower from the looks of it.
Reactions: CrazyPhishMan, tlindsey, Stephen St.Clair and 1 other person

Aral Barbel @ Luciobarbus brachycephalus. Yes, any farm "Capito" barbel are the brachycephalus, not capito. I just had them for about 2 months but they grew fast. Didn't expect cold water fish would grow such a rate, around 1-1.5" in 2 months in 120g tank. 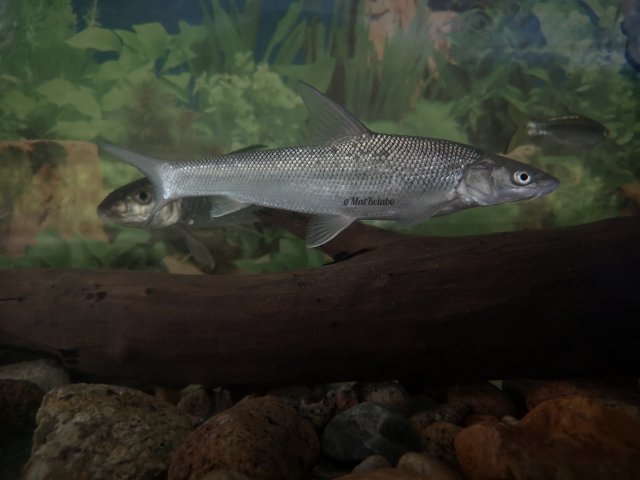 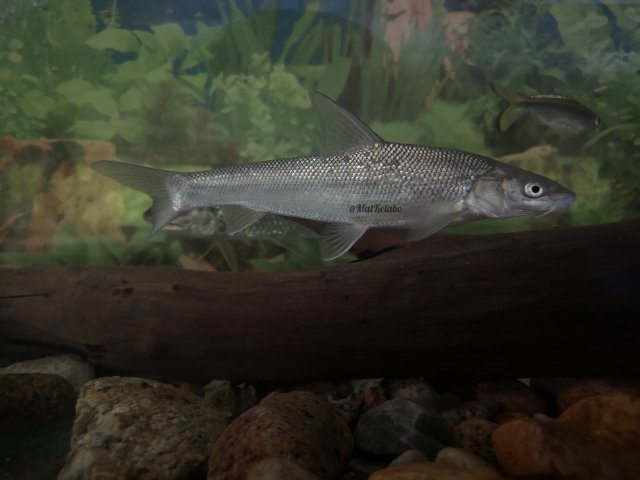 This is 1 of 3 of my normal colored Barbel. Sadly other 2 have loss their eyes from Hypsibarbus sp, but still alive & well. Eats like pigs but slower growth than the perfect eyes 1. Got em around 6-7", currently 8-9". 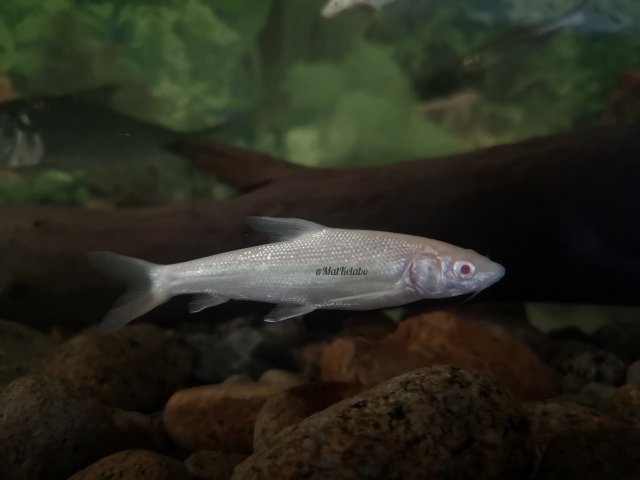 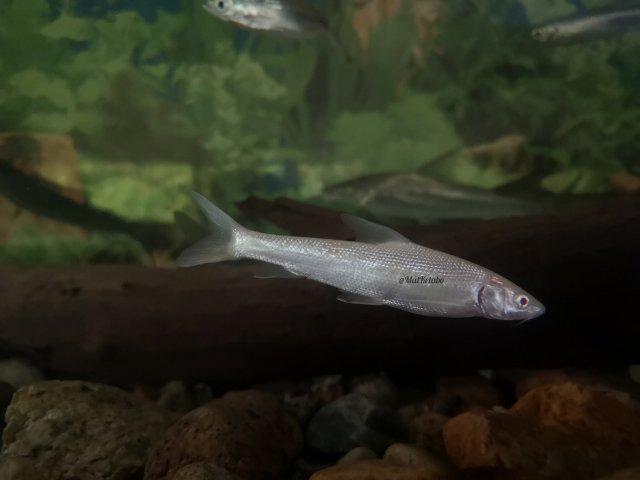 Nice, talk to me about your beardless barbs, I'm sure I saw one there. What size group do you have and what's your experience with growth rate?

I have four of them and, although beautiful, their growth rate is slow, really slow. I don't think many have them, it would be interesting to hear how yours are faring.
Expand signature
Well, here's another nice mess you've gotten me into.
Reactions: CrazyPhishMan

esoxlucius I never kept them for long, they come & go in my shop. They're such a common fish here so if I ever wanna keep them, i would look for the biggest size. Which I'm currently searching for like in this picture. 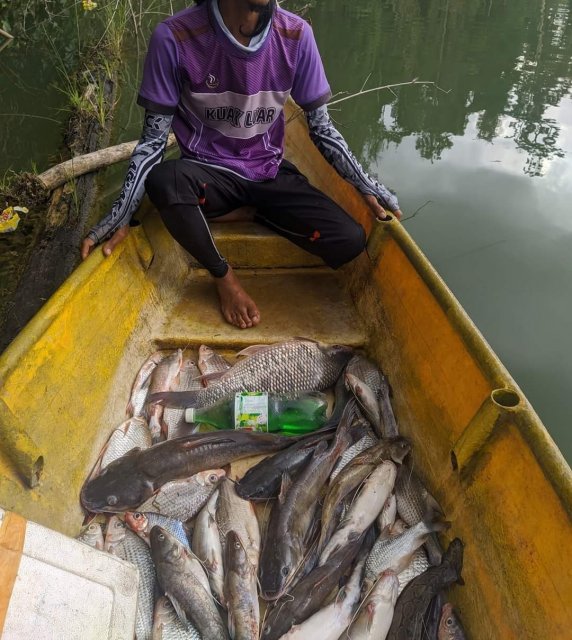 We have 4 species of Beardless Barbs, C. apogon, C. armatus, C. repasson & C. heteronema. But the biggest of the 4 are the C. repasson, like in the picture above. They have slimmer & longer body than the common beardless, C. apogon.

I don't take much of their photos, here's a few of it. 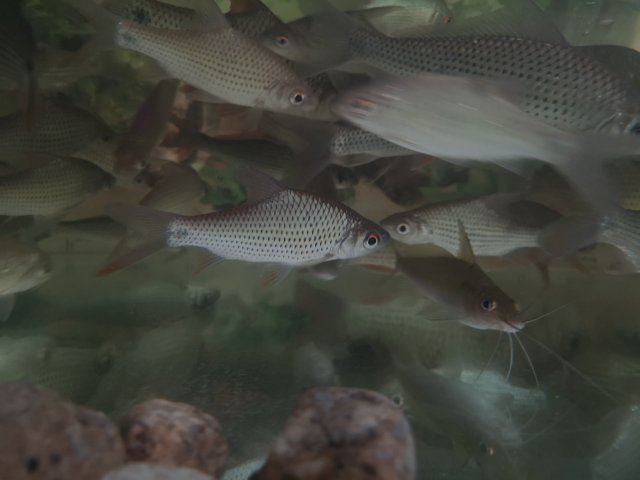 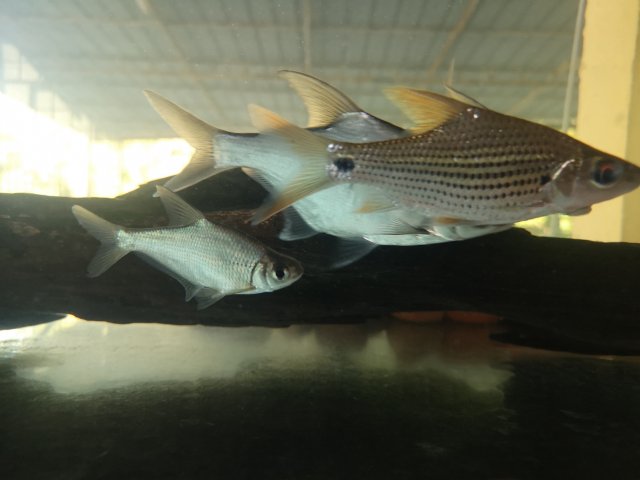 Panda Tinfoil Barb. These are actually Redtail (Siamese) Tinfoil Barb, Barbonymus altus, but with weird color morph. Perhaps some form of leucism but the skin almost transparent like albino & with full black eyes. 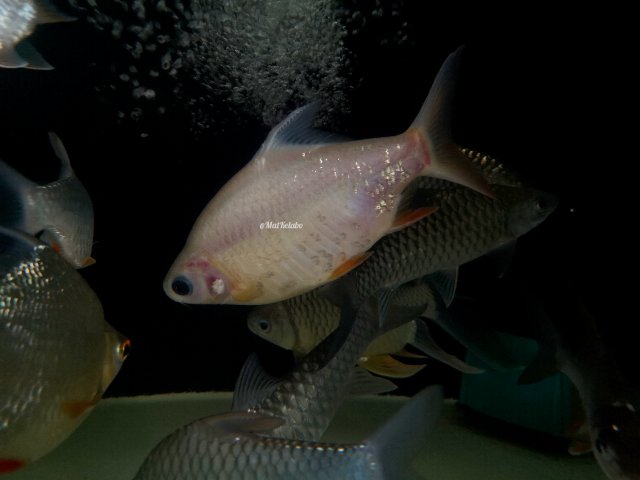 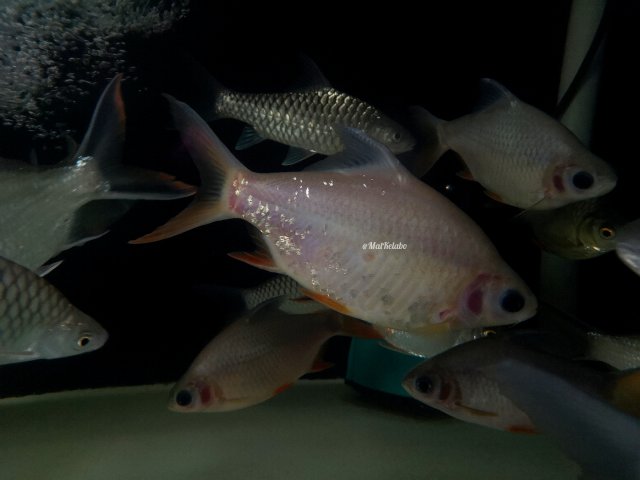 Some specimens have shiny scales like this. They do have scales but most of them are translucent. 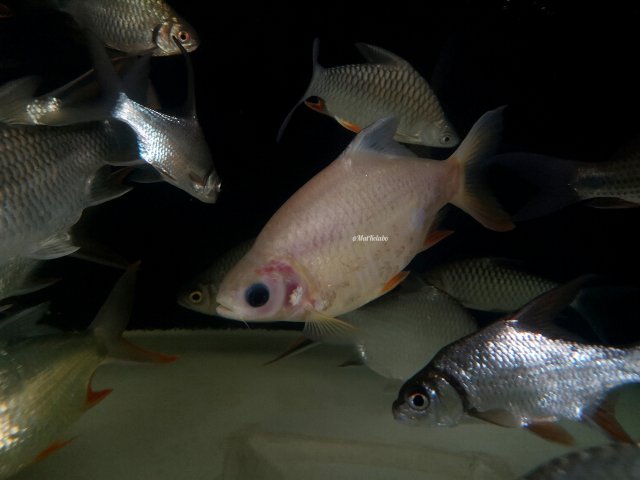 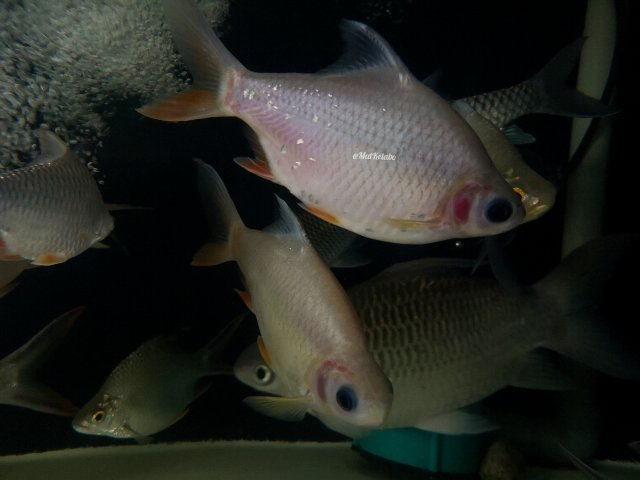 Not all panda tinfoil have full black eyes. Some can change to normal eyes over time. Some retain their ghostly coloration, some developed dual tone coloration (purple top, white bottom), some developed like their normal orange yellowish color but with purplish hue. I still have no idea whether environmental factors have any effects on their color change.

All of mine are wild caught. But now they're farmed in Thailand. All small size panda tinfoil you see in your lfs are farmed ones. Cheaper, available all year round.
Reactions: CrazyPhishMan, Iamfish, Fishman Dave and 1 other person

One of my favorite mahseer species. It's an undescribed species of Tor from Salween River. Salween blue mahseer in general have 3 variations & 1 of them are the humpbacks, not to be confuse with Humpback Mahseer of India (Tor remadevii). Humpbacks are the rarest of the Salween bunch. The most sort after of siamese mahseer. 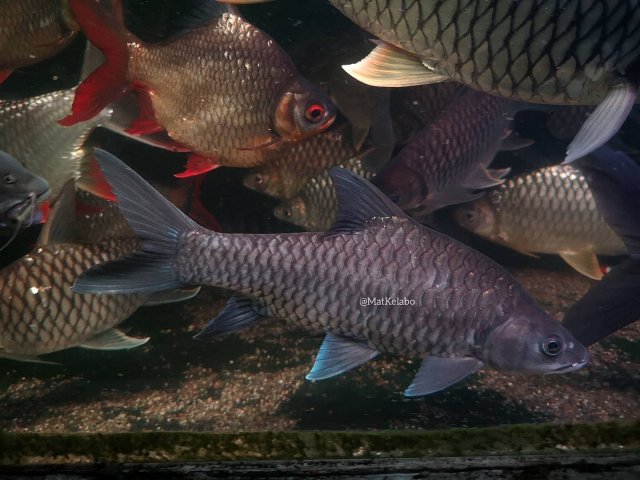 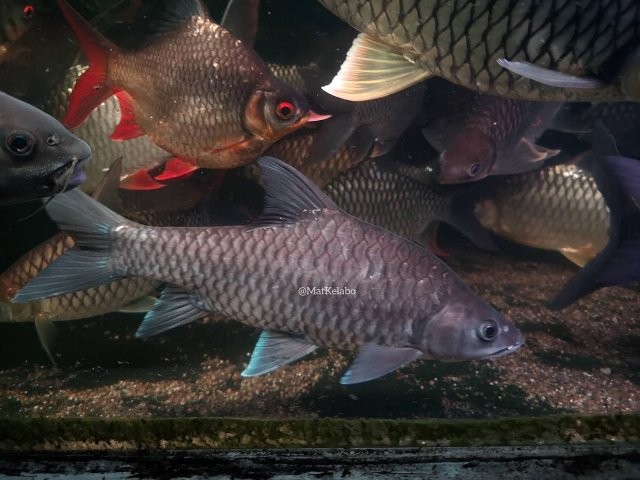 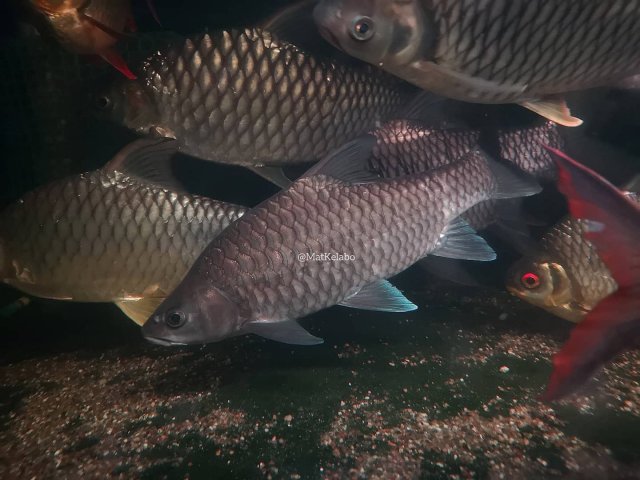 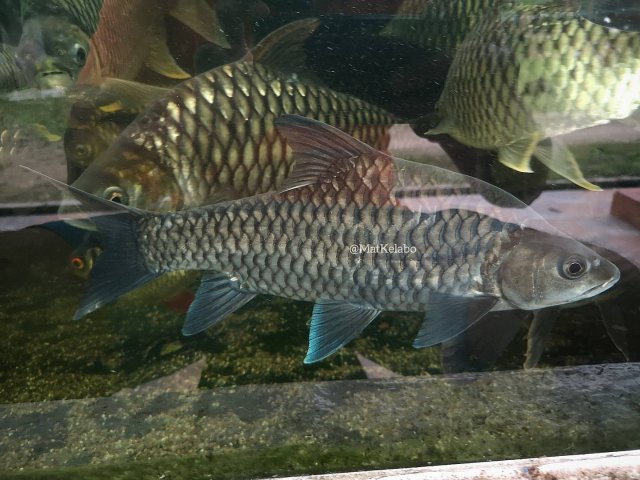 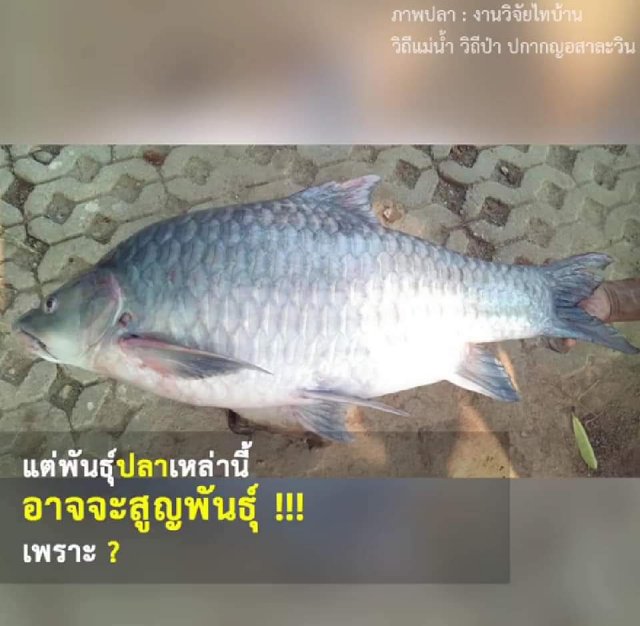 Photos of large humpbacks are scarce, this is one of the example. Photo found online 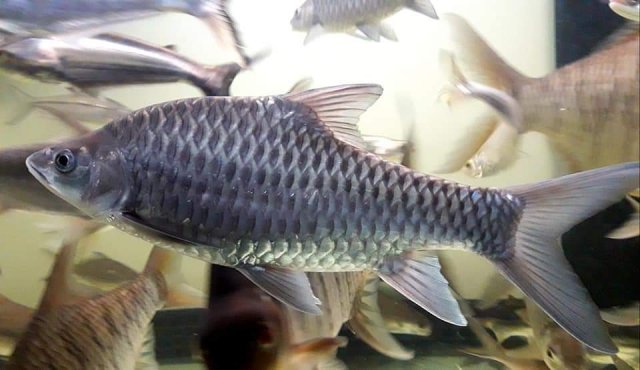 This is another humpback specimen from an aquarist thai. This is how it looks like if it is well fed. Mine still considered thin, I just had it for 2 weeks so it needs to be fatten up.

Overall, beautiful fish. Considering Malaysia is a mahseer country with plenty of mahseers aquarist, humpbacks specimens non existent here. Mine are the first 1 to be brought in here. But I'm guessing it will not be available in near future as there are current conflicts between Thailand-Myanmar that makes collecting fish quite dangerous in Salween.
Reactions: CrazyPhishMan, Iamfish and Fishman Dave 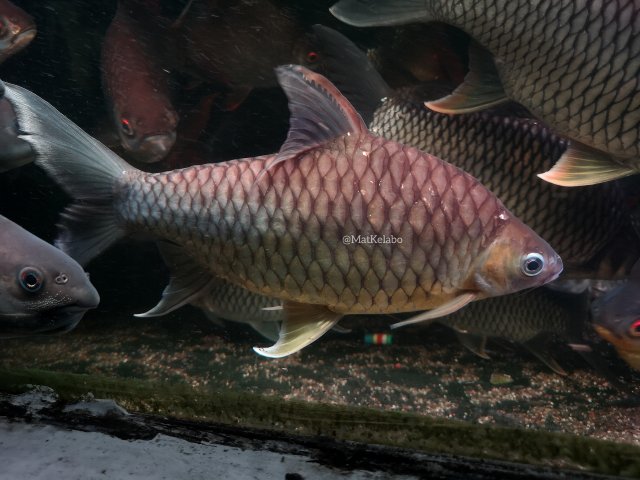 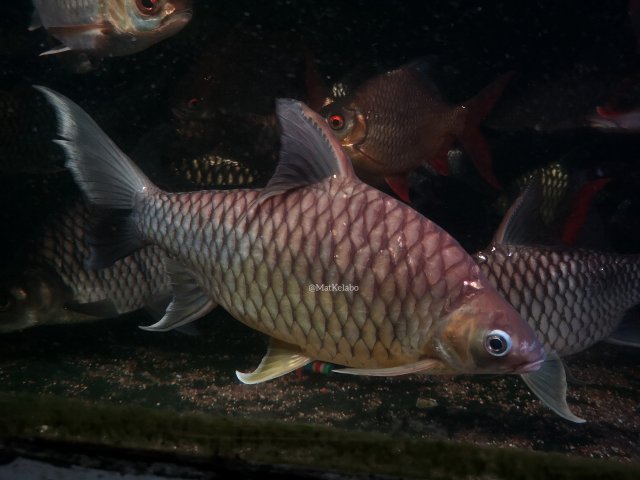 Wetmorei caudal fins can have 2 edge color, it can either be white or it can be red. It also can change overtime from red to white, i still have no idea why the colors changed. I have several wetmoreis in my care but this is the most pretty but not the biggest.
Reactions: CrazyPhishMan

Interesting. I bought four juvenile tinfoil barbs six years ago. One just didn't look right somehow, and over the years developed into something which certainly wasn't a tinfoil. I eventually identified it has a lemonfin barb (hypsibarbus wetmorei).

What do you reckon, true lemonfin, or a variant? This guy's one of my favourite fish. It's around the 14-15" mark currently. 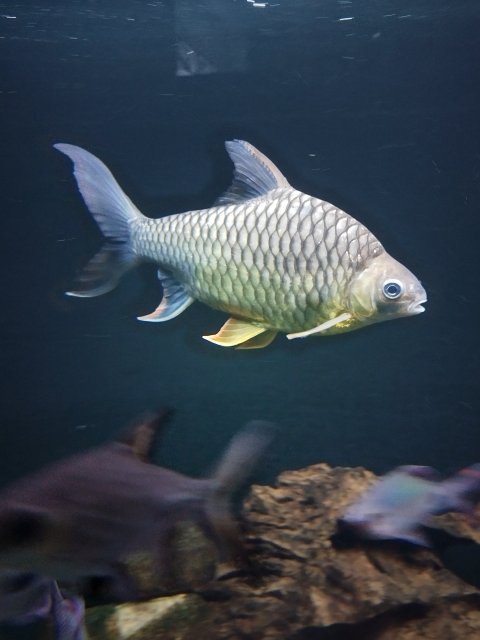 esoxlucius said:
Interesting. I bought four juvenile tinfoil barbs six years ago. One just didn't look right somehow, and over the years developed into something which certainly wasn't a tinfoil. I eventually identified it has a lemonfin barb (hypsibarbus wetmorei).

What do you reckon, true lemonfin, or a variant? This guy's one of my favourite fish. It's around the 14-15" mark currently.

That's indeed lemon fin barb but the it's not wetmorei, it's a Hypsibarbus vernayi. For a fish that have been kept for 6 years, it should be bigger. 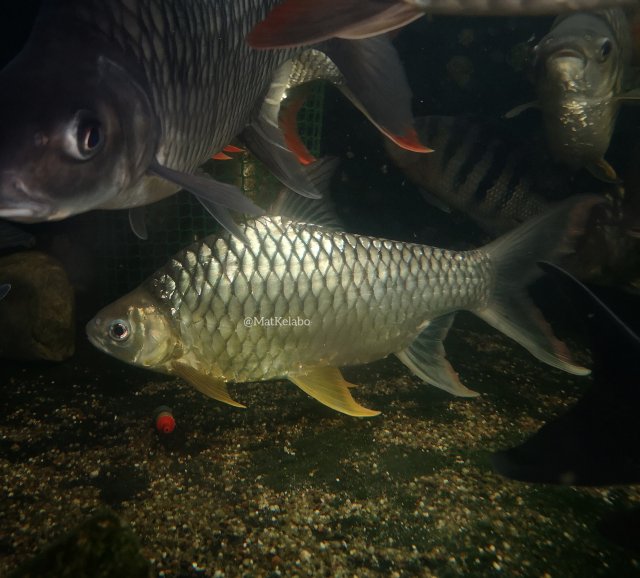 Unless things have changed in the recent past my understanding of both H. Wetmorei and H. Vernayi appears to be the opposite way round to yours. Wetmorei being the fish which often has the more red fins and vernayi being the fish with white or yellow fins and often a more yellow tinge to the body. Whilst both are sold as lemon fin barbs here in the uk, I would suggest what you are calling wetmorei in your care are vernayi in your care.
Reactions: esoxlucius and ..puSkar..
You must log in or register to reply here.
Share:
Facebook Twitter Reddit Pinterest Tumblr WhatsApp Email Link
Top Bottom