This morning, I woke up seeing one of my smallest plecos floating dead, I took it out and noticed the second albino pleco is also bloated and has reddish color under the skin.

I checked the water everything is fine, Ammonia is below 0.05, Nitrite is 0.05 and Nitrate is 3

I had four plecos in the tank and none of them were in the same size with the other. so there was one big and then 2nd smaler and 3rd smaller and 4th smaller. the 4th smaller is dead and the 3rd smaller is in the verge of dying and the other two are totally fine. I am thinking maybe they did not eat? I had put vegetables for them but they were eating mostly algae from the glass.

Just to mention, it has been 3 days since I stopped medication for ich and I did a 70% water change and introduced bacteria. my puffers and neon tetra and other platy are looking totally fine, but their food appetite is not very good.

Can you tell from your experience why my pleco died and the other one looks like bloated? 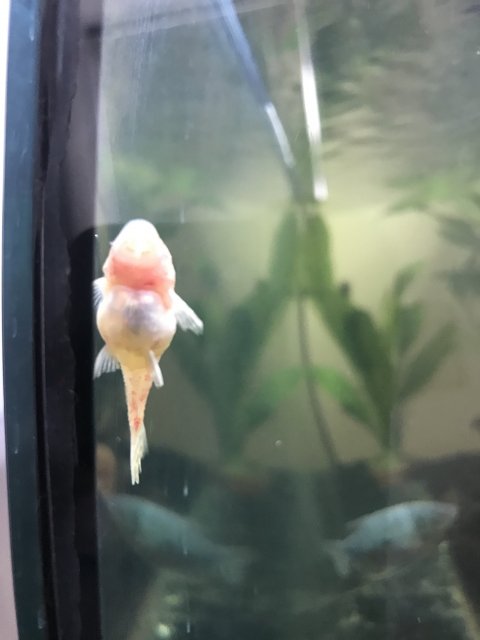 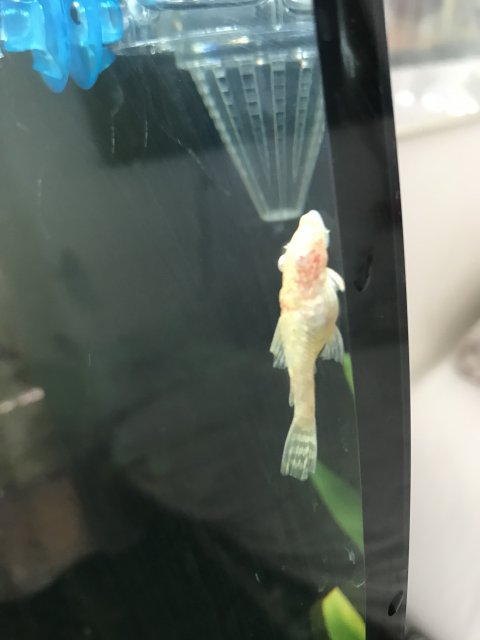 try 1 tblsp of epsom salt per 10 gallons. it should work within 24 hours
Reactions: professorjimjam and AaronKWolfe

Secondary infections are common after a bout with ick.
Especially if you have raised the temp.
Higher temps make the pathogenic bacteria that take advantage of the ick lesions more virulent.
You may recall when you 1st posted about ick, I said you should not be surprised if more fish are casualties, and this will probably not be the last to succumb.
Your tank seems to finally be completing its cycle, but during this previous time, your fish have been under lots of stress, which compromises their immune systems, making them more susceptible to secondary infection.
And it has been only a short time since your initial treatments started, there may still be ick in the tank emerging from an inert stage, and reinfecting.
Its hard to tell from the pics, because they lack clarity, and the kind of detail needed to discern cause.
But I agree with Rocksor, that fish does look bloated, a common secondary bacterial infection brought on by the stress of ick, and a previously non-cycled tank.
Last edited: Jun 10, 2021
Reactions: professorjimjam, AaronKWolfe, DrownedFishonFire and 5 others

duanes said, i recently had a whitespot outbreak, cleared that upwith meds, heat and aeration. Then all the plants died from the heat and a fungal infection hit all the swordtails. I just did more water changes and a month later replaced the plants, it all seems back to normal now and only had a few fatalities so I guess it was a success. The thing is that the treatment throws everything out of whack and in a way causes a whole new wave of problems so you have to stay on top of things for a few weeks after the whitespot is cured.
Reactions: professorjimjam, Deadeye, AaronKWolfe and 1 other person

The point to raising temp, is that it causes ick to speed up their life cycle, thus speeding up the stages that are vulnerable to medication, or salinity which can be a plus.
But heat in itself does not kill ick.
Here in Panama, some shallow waters regularly hover over 90'F,and the mosquito fish that live in those surface waters, still carry ick.
And some secondary bacterial infections are more lethal, and much harder, and more expensive to treat than ick.
One is Columnaris, which becomes much more virulent at temps of 82' F and above, and seems to be ubiquitous.
This is why I prefer to treat ick, without raising the temp.
It takes a little longer to complete the treatment, but there is not quite as much chance of other virulent infections arising.
I also use only salt at 3ppt (3 lbs per 100 gallons) because I believe it is less stressful on many fish (especially Pleco types) than some of the toxic metal type medications like malachite.
Reactions: tlindsey
P

Thank you very much

You guys are great!

my second bloated albino the one I posted picture also died.

it could be a secondary disease as you suggested, or raising temp, I did not raise the temp more than 82F. sometimes, I am thinking, maybe the other pleco which was aggressive did not let them eat and they just ate water and died from depression now I have left two plecos in the tank and one of them is aggressive toward another one but they are both same size, so they both look healthy.

Also, after the ich recovery, I was told by the medicine supplier that I need to get vitamins for fishes for post recovery.

I bought from Netherlands eSHa Optima and eSHa minaroll which its ingredients are listed below. i just used these vitamins as per the instruction in the bottle. and after that these two deads of my plecos happened. I immediately stopped using these minerals and vitamins , thinking maybe it caused that complication.

duanes said:
I also use only salt at 3ppt (3 lbs per 100 gallons) because I believe it is less stressful on many fish (especially Pleco types) than some of the toxic metal type medications like malachite.
Click to expand...

3 pounds per 100 gallons? that seems like a lot but I have little experience in that area
P

One more question, I put very fresh zucchini sliced for the plecos, they used to eat them when they were in another tank, but they lost the appetite for the zucchini, instead they go and suck into the leaves of the plants. Is it because leaves of plants are more appealing and tasty to them than zucchini?

here is the picture of freshly sliced 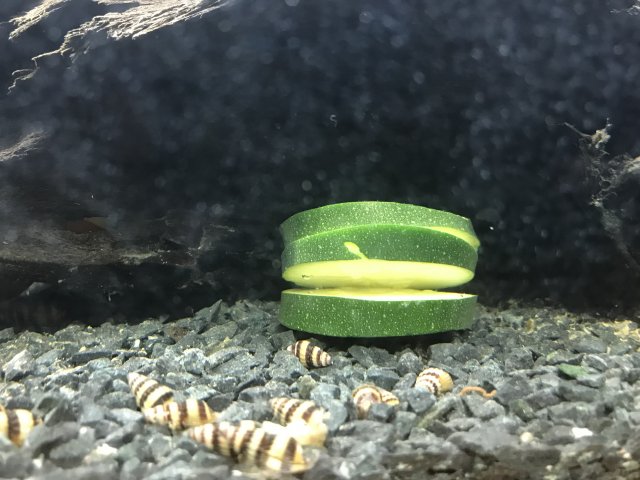 and here pleco is sucking the leaves while the zucchini is over there for more than 2 hours, 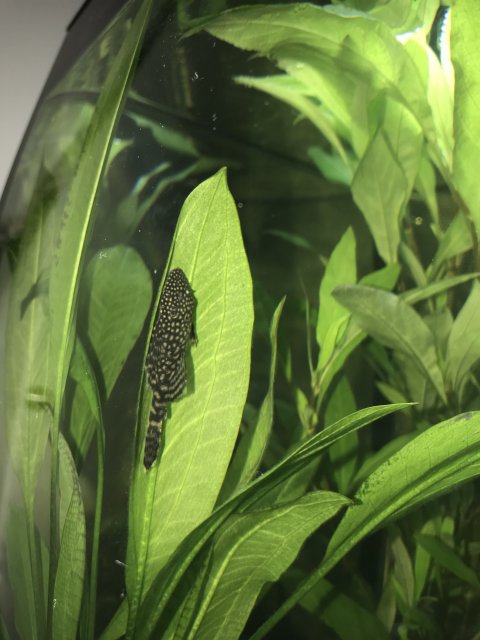