Not sure if you knew this, they're best kept with a sand substrate, rocks bigger than their mouths, subdued lighting and places to hide. If you take a look at other the tanks of other members who keep Paretroplus, that will give you ideas for setup. Theyre sand sifters, and spend time foraging in the substrate. My young Menarambo are ok with plants, but my Maculatus destroyed every plant I've introduced. The Kieneri hasnt bothered plants.

Sent from my Nexus 10 using MonsterAquariaNetwork App
Expand signature
B

Just found some menarambo available as well could I put p


Sent from my iPhone using MonsterAquariaNetwork app
B

Them in as well

Great advice so far from Duane and Laurie!

Old World owned by Laif de Maison (in Florida) farms kieneri and most of the Madagascar fish that are available. He presented for CCA a couple of years ago about - among other things - bringing back his farm after a bad hurricane. To my knowledge, they're the only place farming them (and a bunch of other really rare Africans), so another bad Hurricane (or cold snap or mishap or whatever) and it's lights out for the availability of these guys outside of hobbyists (which is why it's great to see some folks keeping and breeding them).

I got a group of 6 x Kieneri from Dave's Rare Fish (www.davesfish.com) a few years ago at 1.5" or so and grew them out in a 4' tank. They grew to ~4" quickly and then growth slowed. They would have been better in a 6' tank but I thought I could get away with it because they're a smaller species. Ultimately, I lost a couple (and both of my female P. dambabe) in a 6-day power outage and I think the rest when something else in the tank bred (I don't recall). Definitely an interesting fish and more manageable than the larger Paretroplus. Mine could be rough on each other but were pretty much ignored by other fish (except during breeding)...

P. menarembo are a whole different league of fish. They easily grow to a foot+ and also need to be in groups. I've tried a couple of big Paretroplus in pairs or trios and it didn't work well. My P. maculatus get big but don't spawn and (before they died during the power outage) the P. dambabe would chase the females (and similar shape fish like severums) pretty much all day.

I'd keep Paretroplus in two different 150g tanks: One giant male P. dambabe with three Royal Plecos and a bunch of driftwood and (different tank) a large male maculatus with a group of Astatheros rostratus, nicaraguense and some acaras.

P menerambo get very large and are very active, mine easily hit 14" in a few years. Only get menerambo if you are positive you could upgrade to a much larger tank than an 80 gal. 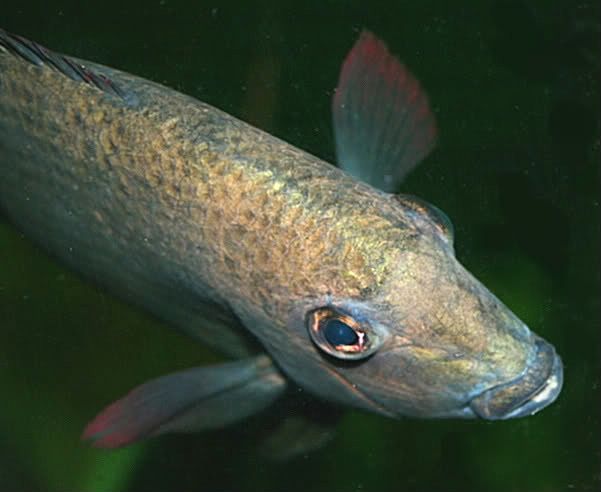 I completely agree with Duane and Matt, who are both very experienced keepers. While Menarambo are one of the most beautiful Damba, they become quite large and require very large tanks as they grow. Madagascar cichlids are slow growing, but when they're adults, they're absolutely stunning. My Maculatus and lonely Kieneri are from Laif at Old world exotics. I'm looking for more young Kieneri because my lone specimen hitchhiked a ride with my order of Maculatus. Laif has adult Kieneri but mine is smaller and I wanted them to grow together. My Menarambo and Tarantsy are from Jeff Rapps at Tangled Up in Cichlids here in NJ. Just a thought, shipping costs to the UK would likely be astronomical.

As Duane said in an earlier post, you could keep a pair or 1m/2f of Ptychochromis with Kieneri. This species is also available in the UK.