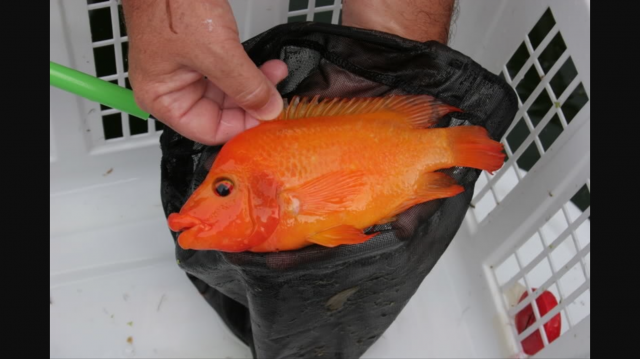 I read about this and everything I could my post was also to show my new fish I could care less wut he is but would like advice and to chat about it
Expand signature
Rd,Two Jags and some dithers just getting back into the hobby.

Jason_S said:
There have been a lot of threads lately from people asking if their fish is a Midas (Amphilophus citrinellum) or Red Devil (Amphilophus labiatum). A lot of these threads have pics of juvenile or sub adult fish. Trying to determine the identity of an adult fish is difficult enough, but these fish as juveniles look very similar to one another.

Here's the problem with these questions. It is impossible to simply eyeball a fully grown adult fish and determine 100% if it's A. labiatum or A. citrinellum. For far too many years, these two species have been crossed by breeders and farms all over the world. Some of these people may not have known the difference between the two while others simply may not have cared.

Either way, the fish commonly found in lfs and chain stores are most likely going to be hybrids of the two species. I don't recall who it was but someone on this site coined the term 'Midevil" for these fish and it's starting to stick. That's essentially how any "Red Devil" or "Midas" purchases from an lfs should be treated...as a hybrid of the two.

Add to the above the fact that other species of the Red Devil complex (such as A. xiloaensis, A. sagittae etc) are becoming more available, there's no telling how much more hybridization will occur with these closely-related species. We may eventually have to start calling them Midexiloittae.

The only way to know for sure is to get your fish from a reputable source. There are many reputable sources around such as Cichlid Connection, Jeff Rapps, Don Conkel, Ken Davis and I'm sure many others.

If you simply would like to know which yours more closely resembles, then here are some of the known characteristics.

A. citrinellum is typically going to be proportionally taller-bodied and a thicker, stockier fish. Midas will have a shorter snout with lips that (when viewed from above) will have more of a U shape. Midas are also likely to grow a larger nuchal hump.

A. labiatum is typically going to be a proportionally longer fish than it is tall. Red devils are a more stream-lined fish that doesn't quite attain the bulk that a Midas does. The lips, when viewed from above, are going to be more of a V-shape and the snout is a little longer than a midas. Wild fish typically have enlarged lips due to their specialized feeding habits. This usually goes away in captivity.

A. sagittae is, as far as I know, very similar to A. labiatum in that it is a longer bodied fish that does not get quite as bulky. A. sagittae is more of an open-water predator.

A. xiloaensis is, as far as I know, more closely related to Midas in that they are a bulkier, taller-bodied fish.
Click to expand...

Good read, it’s funny how much wasn’t known just 8 years ago! I believe I have a true red devil from petsmart...got better pics but it keeps saying too large lol 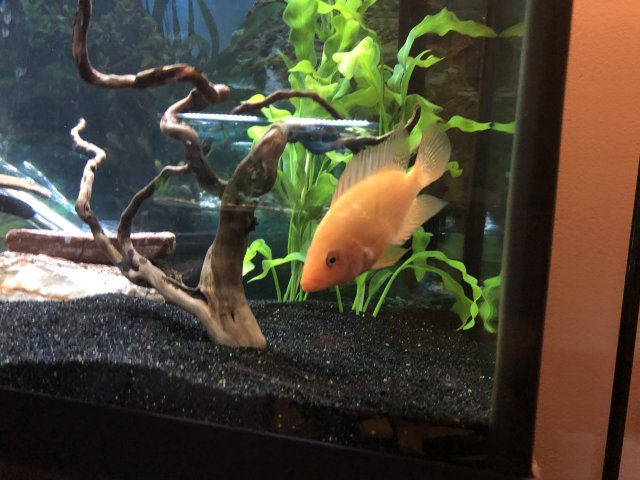 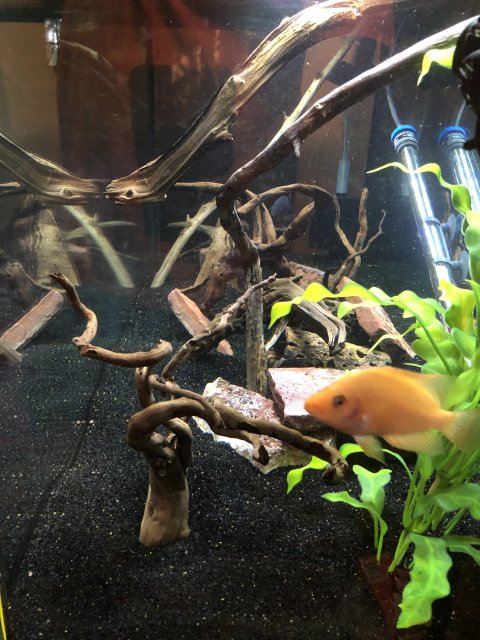 Yes...Rotkiels are the same as Red Headed Severums.

I have raised a group of 1" Rotkiels that i bought off the web and they looked like normal Greens as well. I would say give them time and see what they grow into. Our LFS gets them in from time to time.

Purchase him or her from imperial tropical labeled as Midas cichlid (amphilophus critrinellus) but still question if it is.. 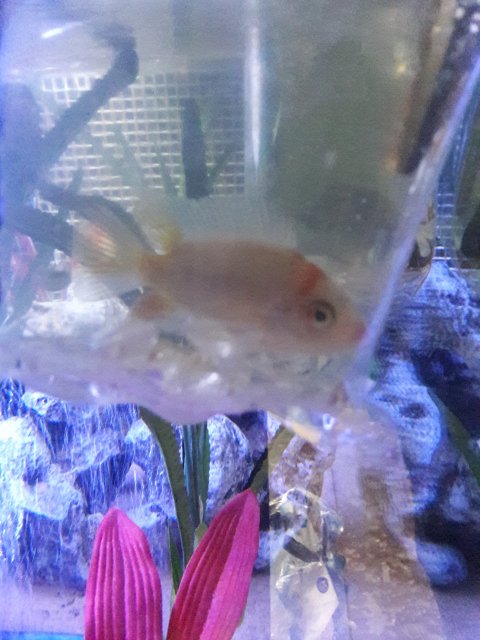 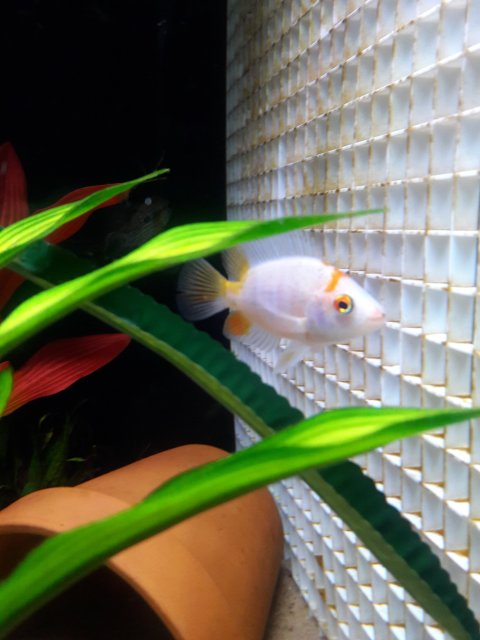 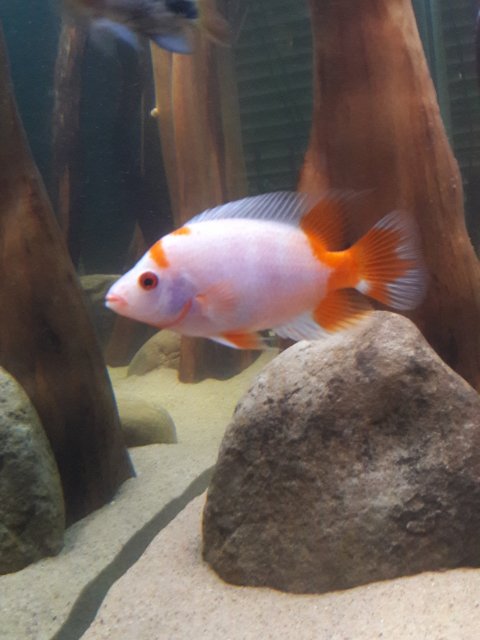 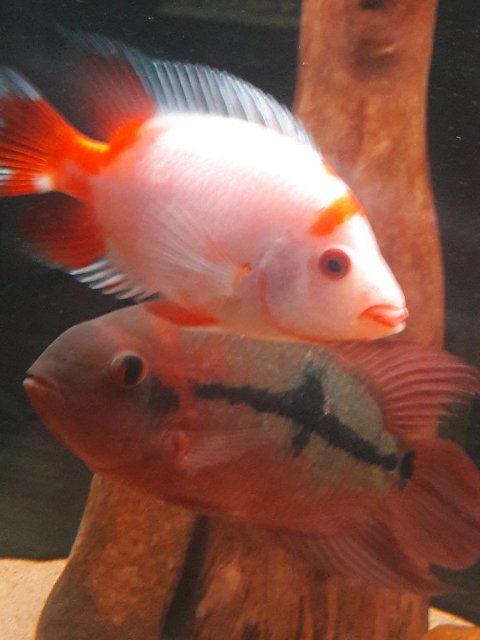 If you haven't figured this part out yet, nobody can answer that question by simply looking at a photo.
Expand signature
He who dares not offend cannot be honest. - Thomas Paine

Predator07 said:
Purchase him or her from imperial tropical labeled as Midas cichlid (amphilophus critrinellus) but still question if it is..

Do you like this fish? What do you think it is by your own better judgement? It is what u want it to be! Very beautiful colors by the way
J

Can someone ID this fish? Owner says Flowerhorn but im thinking Mid-Devil. Anyone ID the sex? Owner says its about 8 inches. 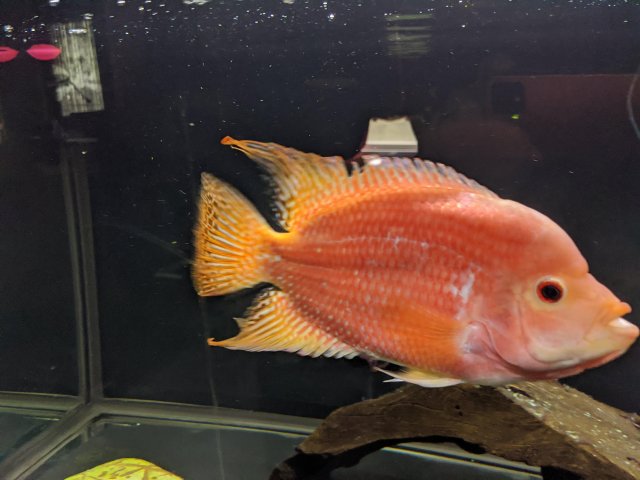 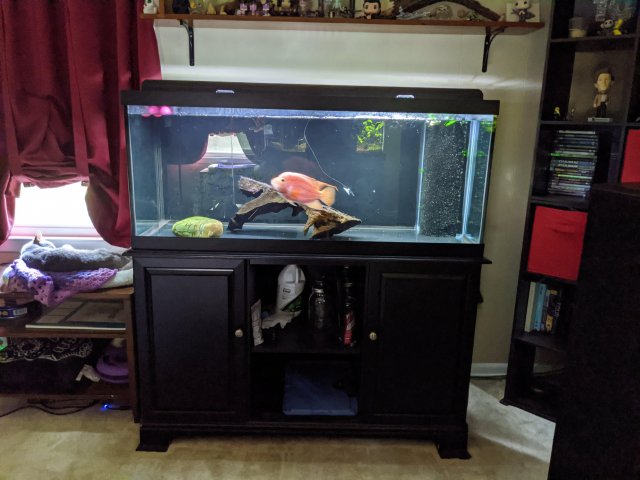 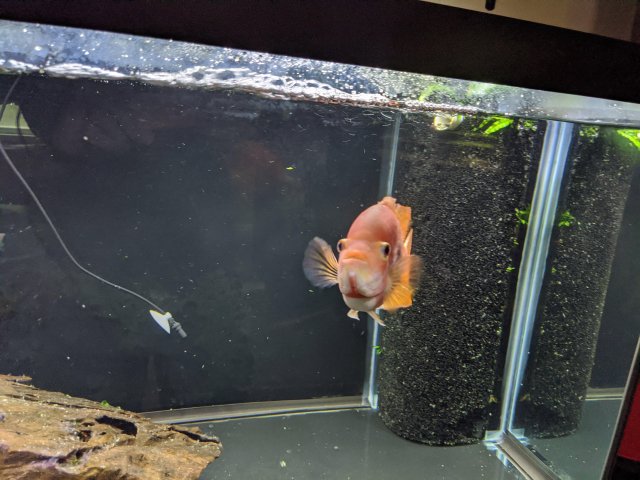