Hi. I have a dilemma and I need advice. I have 2 x75 gallons tanks. In 1.tank: one pair polleni cichlids (male is very agressive, beat your female and other fish too), pair JD, pair blue eyes cichlids and one Oscar . In 2. tank: pair of pollenI cichlids (male is relative peacefull), several young blue eyes cichlids and convict cichlids. I have the idea into one tank two pairs of polleni and other cichlids to second aquarium. It's a good idea, or is the problem? Polleni are three year old. Thank you for every idea.
T

For the most part Polleni are aggressive to their own kind or fish that resemble them. Most likely you will not be able to even keep the pairs together as they don't really pair up like central American cichlids. Males frequently kill females, and I would never try to keep 4 polleni together in a 75 gallon. You may need to keep a pair in each tank and keep dividers close by.
Expand signature
THREADKILLER

I agree with tankmates, if you put 2 male polleni in a tank as small as 75 gallons, one with probably be killed by the alpha. And in your case, it most likely would be the nice one. I couldn't keep 2 males(or unreceptive females for that matter) in a 150 gal tank with my dominant male.
Reactions: Zanzag

I have 6 'polleni' in a 180g (2M, 4F) along with 4 P. grandidieri and a pair of P. oligacanthus and it has been working well. They not only co-exist, but frequently breed. As was stated by @TheTankMates, Madagascan cichlids don't show much of a pair bond outside of breeding time so a lot of chasing and harassment goes on up until the female is ready to spawn. I have lots of driftwood (refuges) in there which gives the harassed females places to hang out and keep out of harms way. A smaller tank with 4 'polleni' would be very risky. Some years ago, I kept a large pair of 'polleni' in a 70g tank, hoping to breed them. I had put in several inverted flower pots with openings that would allow the female in but was too small for the male. Rarely did she come out, even to feed. At one point she did leave and was promptly thrashed (ie. killed) . IMO, 2 pair of 'polleni' might co-exist in say a 125g or larger (with some other target fish in there). But in a 75g, I think you could have trouble. Here's a pic of the 'killer' male (he lived 14 years, 12 years without his female) 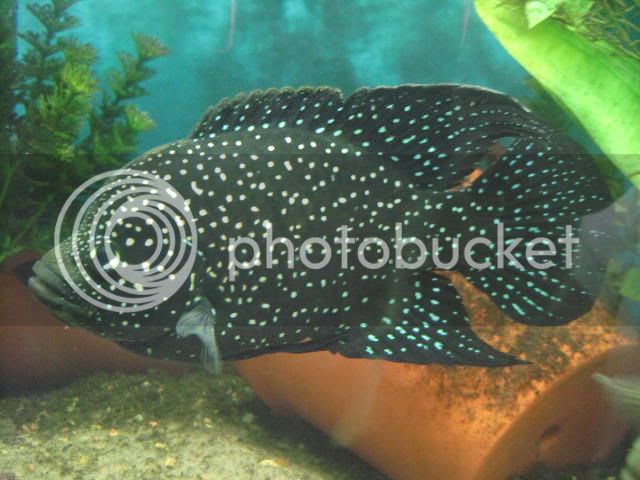 Expand signature
"The only reason for time is so that everything doesn't happen at once"
-Albert Einstein
Reactions: tcav88

Thank you for your opinions, I thought it. It's interesting how my males, even if they are brothers, each have a different nature. Fredy is a killer, most of tank is him, only oscar may be visitor. JD pair has a small areas where tolerates other fish, cichlids and Plecos and female polleni. The second male Blade relative tolerates his female and other fish dont interested him, but hates the Oscar, which originally was with him. I had a stupid idea to replace Oscar and JD .. when there was no little guarded territory, Fredy immediately brought his wife almost to death . Two weeks I tried to save her but she did not want to go back to life, just lay on the bottom . But one day she got up, and as before - a miracle. Killer Fredy has now a more "tankmates" for to protect his female.

They are my killer Fredy and Mephisto bodyguard

I have 5inch polleni and was wondering would it be safe to add 2-3inch Green terror, JD and Oscar with him??

Predator07 said:
I have 5inch polleni and was wondering would it be safe to add 2-3inch Green terror, JD and Oscar with him??
Click to expand...

It would depend on tank size and temperament of the fish. Some are more open to tank mates than others. If the polleni is in a smaller tank chances are it's already claimed the whole tank as it's own and adding anyone will be difficult.

Neither fish has gone in yet. It's still cycling and it's 150gallon 4ft long..

I put 2 male adult Paratilapia (approx 10" each) in a 400 gallon pool, hoping they would divide it into 2 territories. It did not take long for the alpha to seek out and kill the other, and claim the entire space as a no other Paratilapia zone. It however, ignored the Paretroplus. 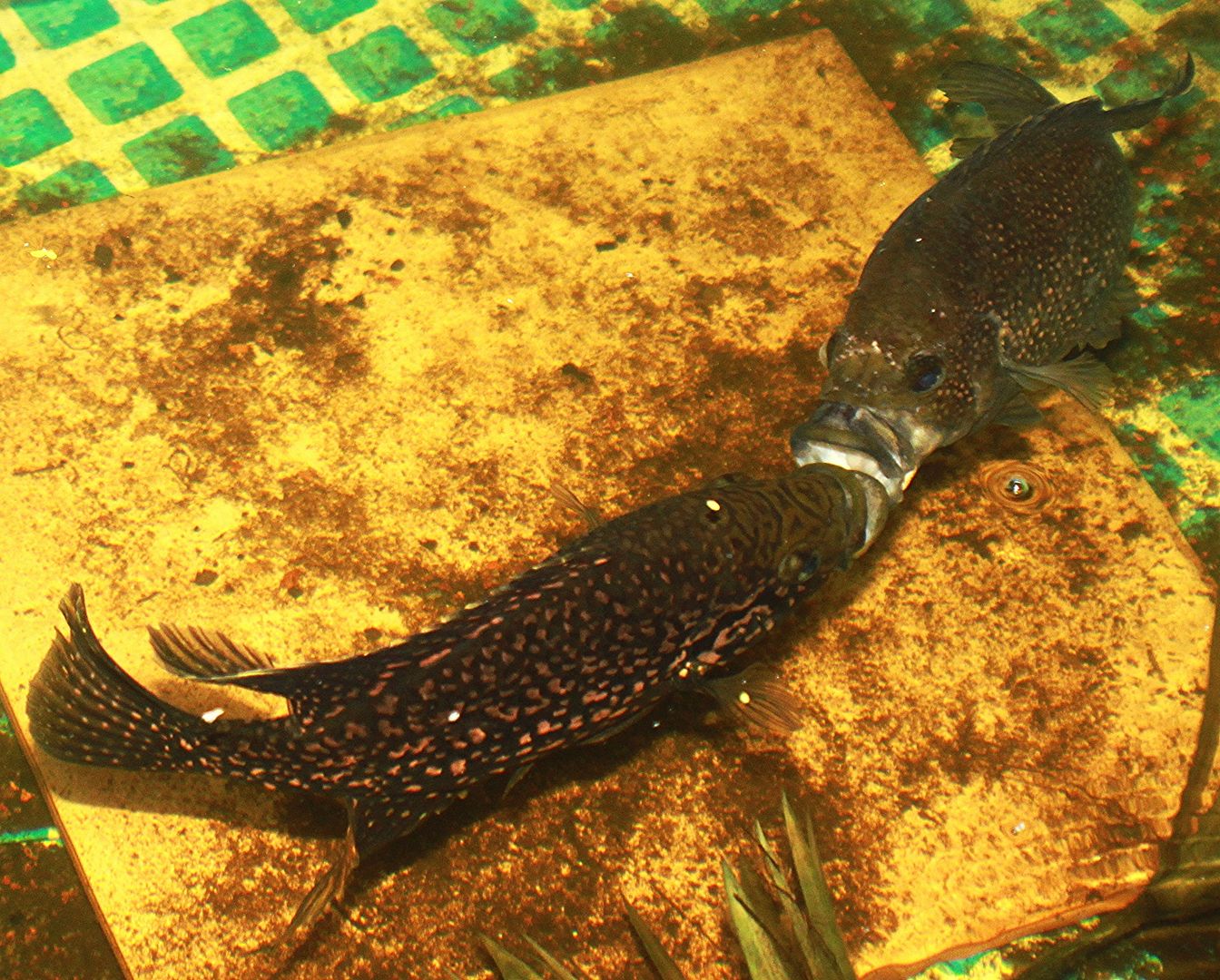 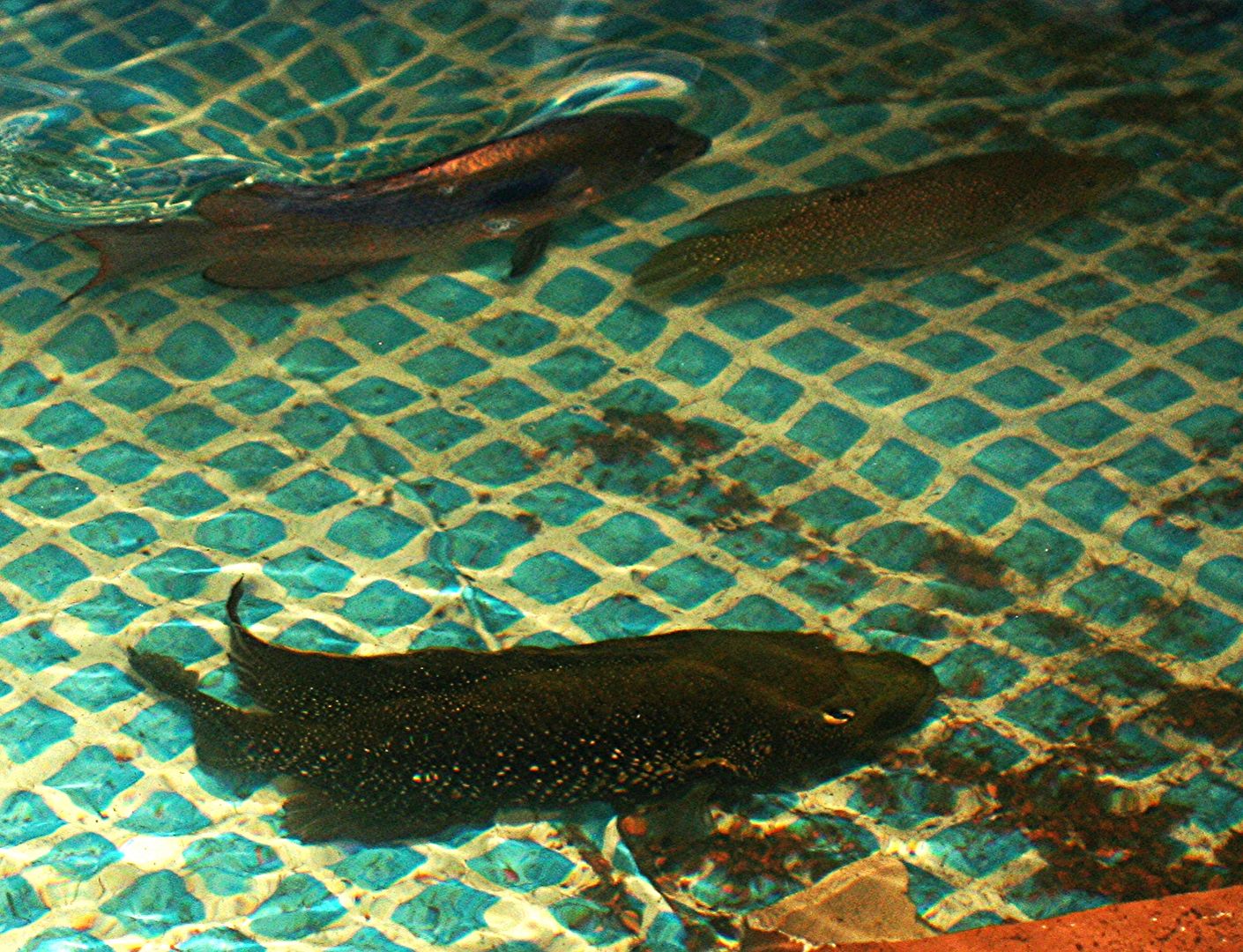 I do believe Paratilapia find any other similar shaped, iridescent spotted cichlids as competitors, to be vanquished, for that reason I probably would "not" house them with JDs, because of that similarity. 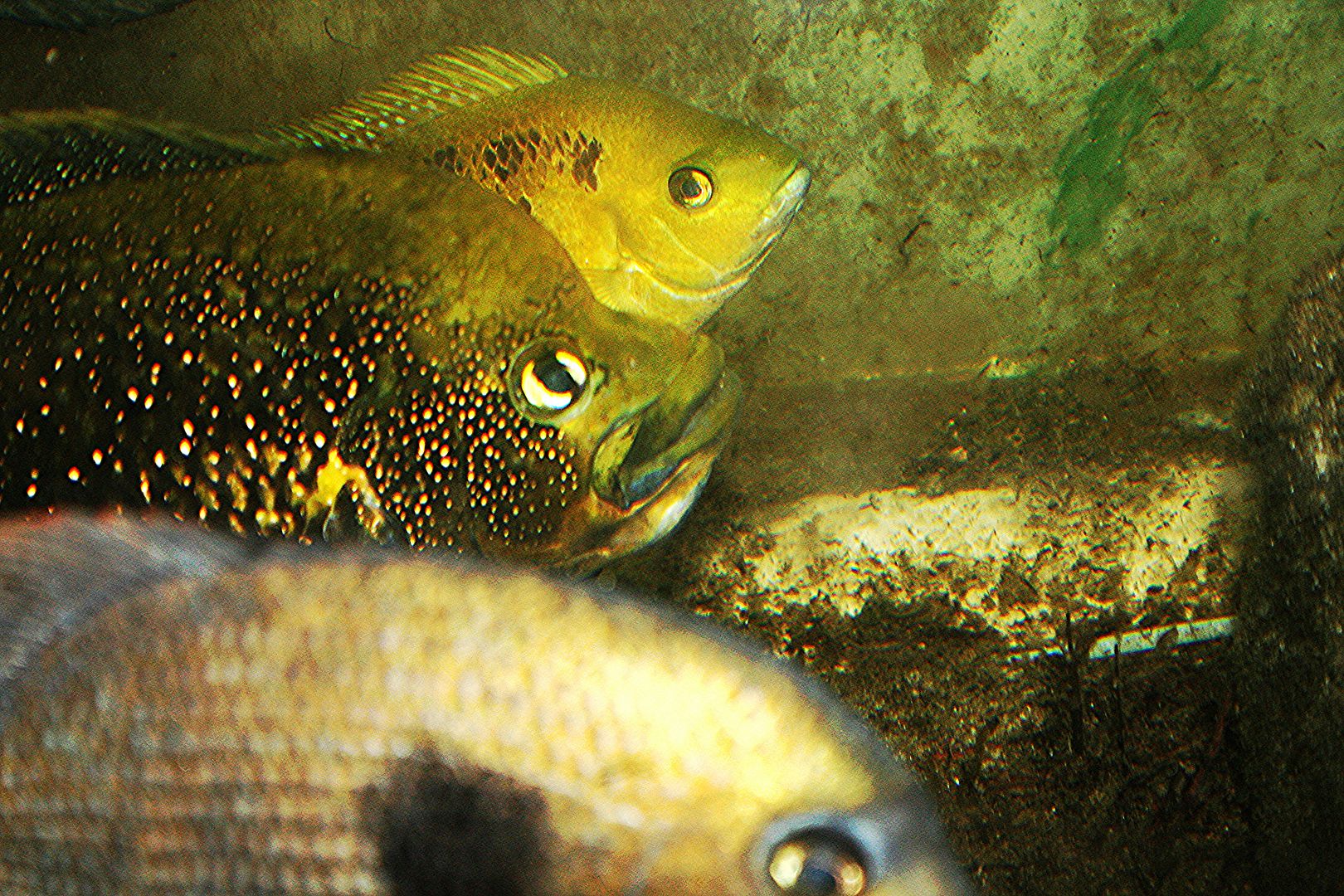