I've dipped my toes in with tigs, aka Brachyplatystoma tigrinum, 3 times. This is my second tig ever that I got from George Fear of Shark Aquarium back in the Summer 2015. Came at ~3"-4". It's not easy to say what size it is today but looks about 15".

It's been easy to feed - it likes its pellets and fish, actually preferring pellets, which are nothing fancy - Zeigler Bros. catfish farm pellet (that RD. would not even feed to his fish for free, he says) at ~$30 for 44 lbs before shipping.

When it was in 240 gal, it was pretty aggressive to ~any other Brachie. In 4500 gal it appears to have been better behaved, not bothering other Brachies and no one appears to bother it. Currently there are two more Brachies in the tank - another tig at ~12" (in the opposite corner) and a vaillantii at ~15" (this guy swims all over like a boss, still has both long extensions on both caudal lobes). I had to pull out my troublesome capapretum last week as some tank mates (not sure who, never caught) were bothering it too much. I'd not be surprised if they were the three mentioned above but it'd have to be at night. 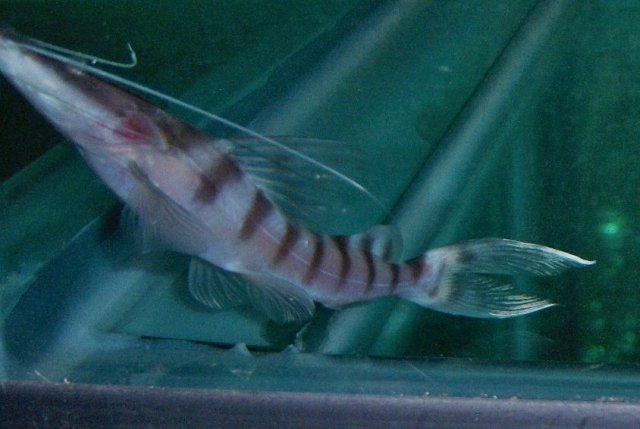 Kind of strange guys. 3-4 prefer to hang on vertical dividers although I've not noted any significant fighting on the bottom at all. They get into little bouts right there on the walls too.

Will you take the dividers out between them and the jurs when they put on size?

Forgot to include the other 4 tigs in the June 14, 2017 update. Unfortunately the videos are not tig-specific but show everyone in their respective 240 gal.

Two tigs in this tank:

And one in this: 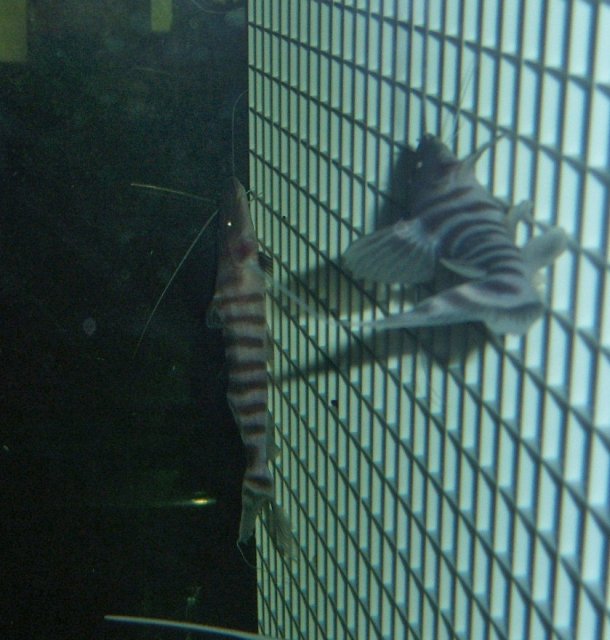 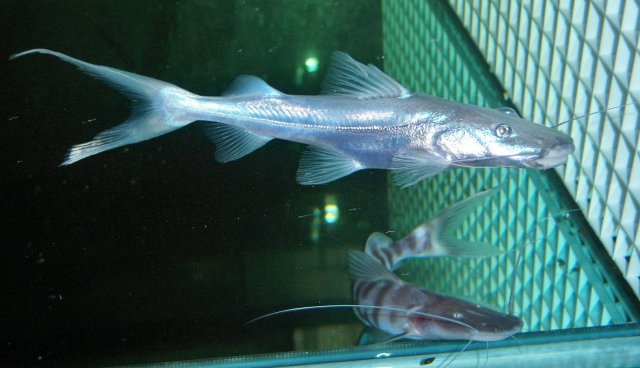 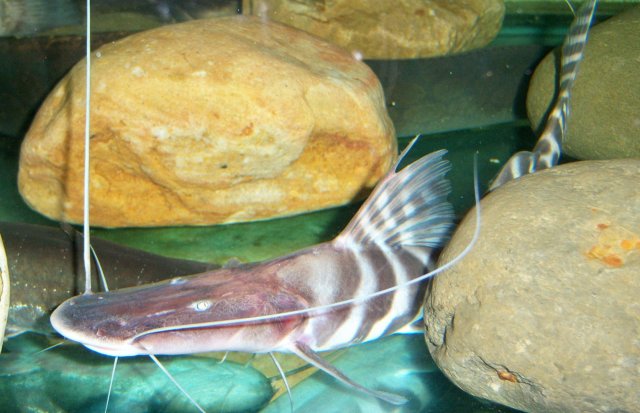 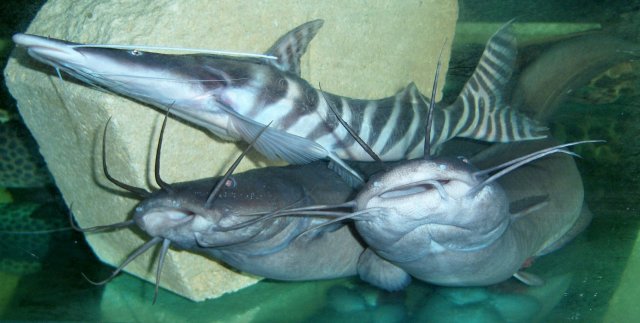 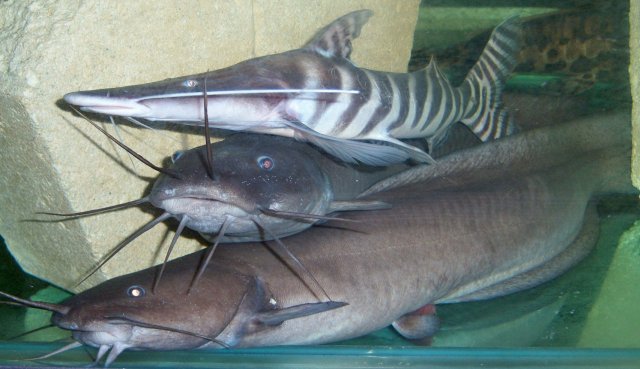 Don't house larger piraiba with a smaller tig in 4500 gal.

They have been together for about a year. Piraiba has grown from ~20" to ~30", tig from ~15" to 18". Every now and then I saw damage on the tig - a bitten pec fin or tail, sometimes a slight abrasion in a form of a bite mark, nothing too worrisome but not something to be taken lightly. The tig would take breaks from feeding well and change its sitting spots. I didn't know who was the culprit - too many candidates. I suppose at least one of them I know now but it's too late for our biggest tig.

While I didn't catch the piraiba do it (or any of the prior damage), it is clear the piraiba is the only one in the tank who could do it.

Got this guy at 4" in Aug 2015 - 2.5 years ago from George Fear and Shark Aquarium right before George retired. 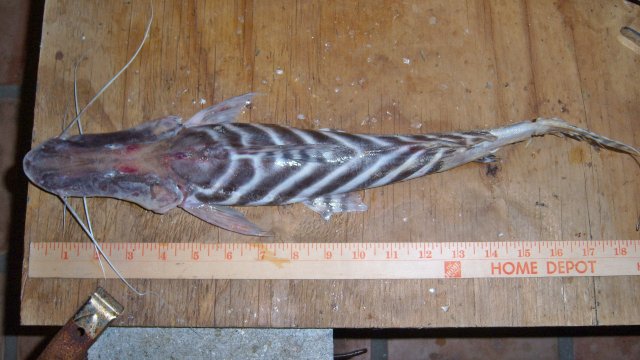 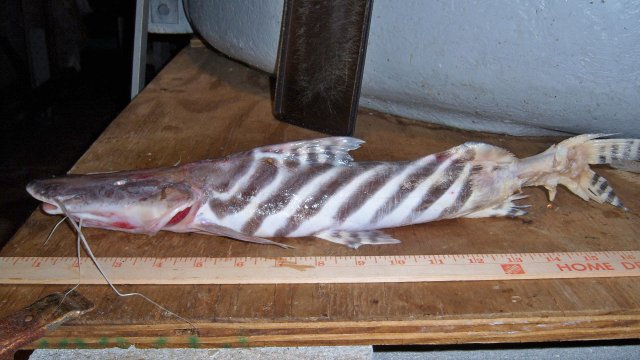 that is overstocked good luck with the aggresion
best regards

One year later. Still have 9 tigs. Eight of them have been in this 240 gal tank for several months now - I am trying to see if larger tigs can be cohabbed, if in numbers. Not so successful so far as usually 4-5 of them are forced to lie next to each other at one tank side by the alpha tig. The fins get tattered sometimes. The tigs feed though. But I don't like it. Will upgrade or separate at first opportunity. I consider this a failed experiment. Need to try in a much larger tank.

The two videos are not focused on the tigs but they are featured prominently: