Thought I would document this to help any others out there that are debating on building a stand of their own also. I've never done this before and thought I would give it a try and see how it goes.

It's for my 6x2x2 180 gallon tank and going to build it a little different than some i've seen on here after doing some extensive research on builds. I went and got a Mitar Saw, Wood Glue, Deck Screws 2 1/2, triangle, measuring tape, and a pen (already had lol) and dove right in.

I have decided to make the stand 36" tall, because I do like to be able to look at my tank standing up somewhat and not have to bend over to see it. I do realize that there is a catch in that it's harder to reach the bottom, but at 6'2" tall, I can reach pretty far inside And before anyone says something, I have to go back to the store tomorrow and get another 2x4 for the support in the middle, thought I had enough :/

Here is some pictures to get it started: 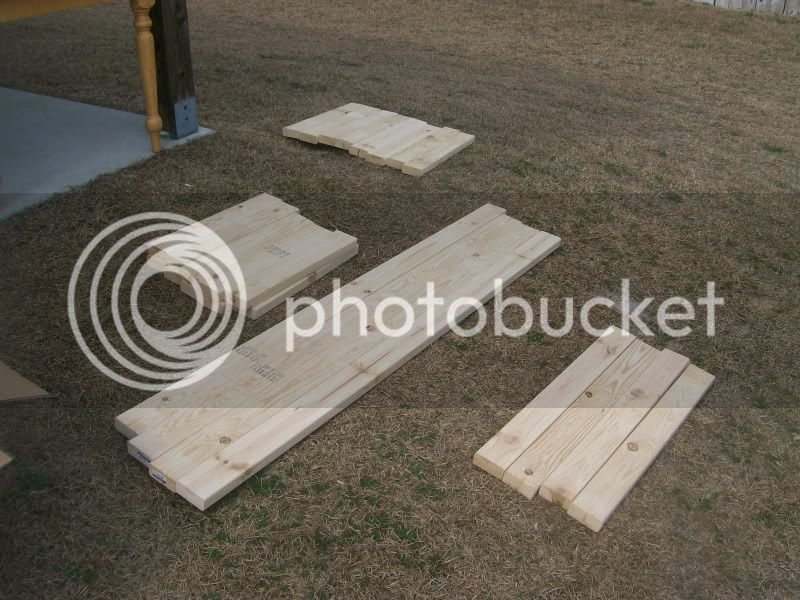 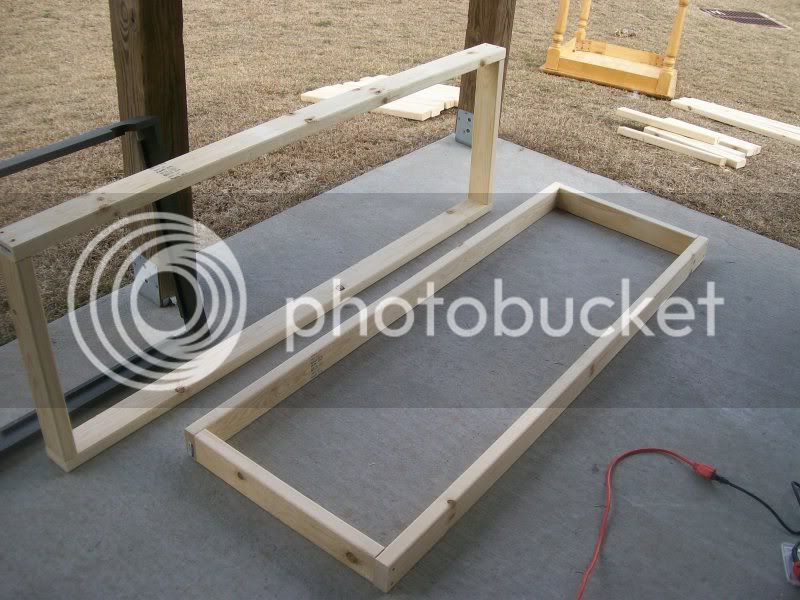 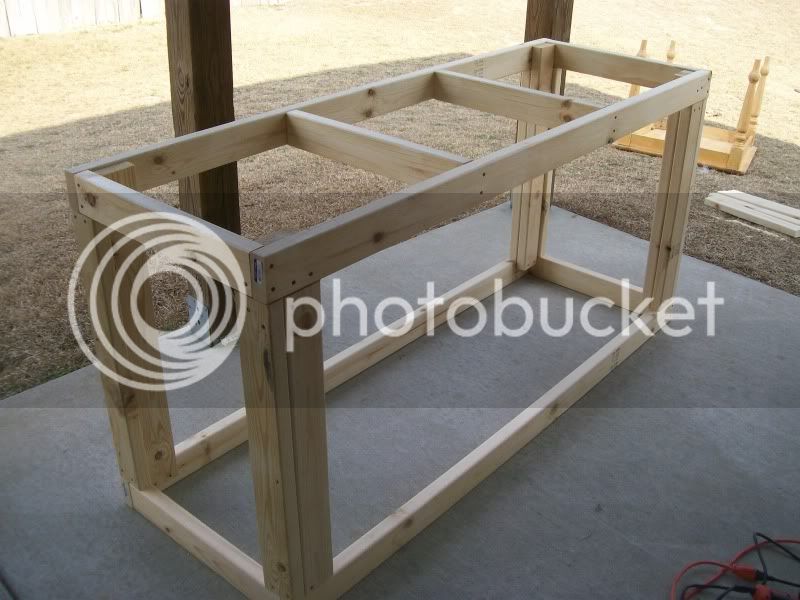 Can't wait for until it's finally built!

looks good! and good job on the disclaimer for the middle brace!
Expand signature
Love my fish..They are FAMILY TO ME

Rayshot1;4902487; said:
looks good! and good job on the disclaimer for the middle brace!
Click to expand...

Yea, I knew that would be very noticeable Going to try and get another piece this afternoon or tomorrow and get the frame done. Then move onto the frame and molding.
Expand signature
90 Gallon 48x18x24: 5 Electric Blue Acara, Chocolate Cichlid, Senegal Bichir, Ornate Bichir, Teugelsi Bichir
40 Gallon 36x18x18: 10 Tiger Barbs, 3 Red Line Barb
500 Gallon 96x48x24: On the way

subscribed...should be a nice big build.

Thought I would add a few more pictures to update progress. I put the bottom plywood on a little different than most do. I put on the beams on the inside of the stand that are basically there to drill the uprights high enough from the bottom to allow for a flat 2x4 and 1/2 plywood. It's hard to explain, but hopefully the picture will explain it, this is much easier than trying to cut notches out of the sides of the plywood to slide it down inside or having to cut it in half...etc... I have one flat piece that is supported by 4 flat 2x4's and it will hold my sump(or sumps) and filters with ease. 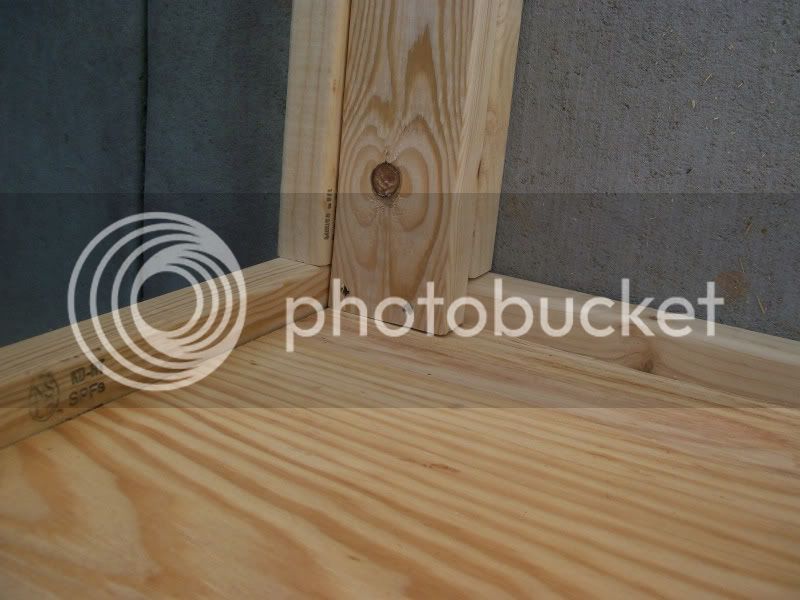 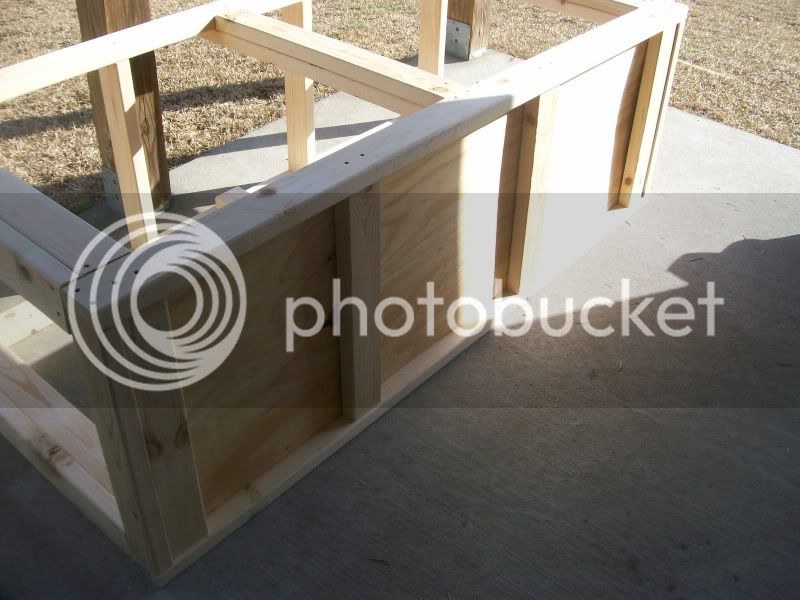 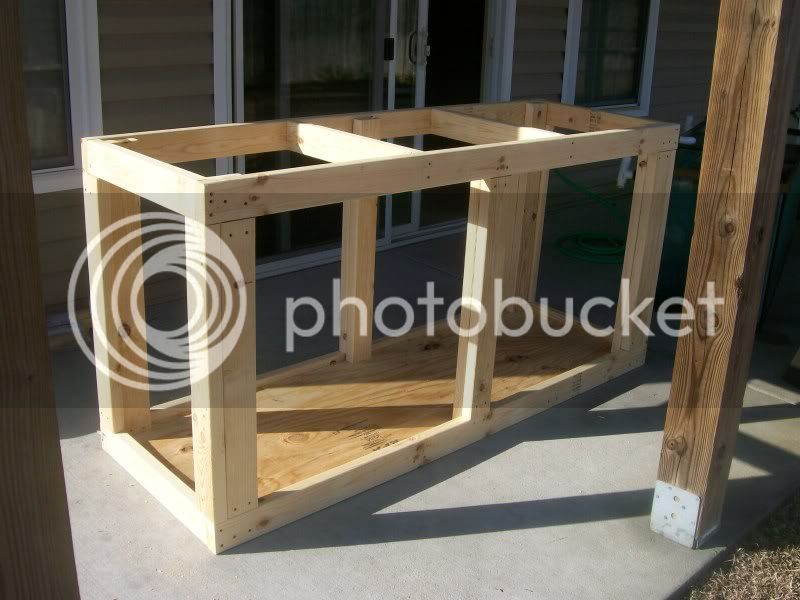 First off I'd like to say I love the bottom plywood idea and definately think I'll be using that for my build. Second, how come you had the inside vertical 2x4 that goes from the top of the stand to the plywood? Is the for structure or ease of building? Btw I am building a stand for a 36x30x20 ~93 gallon tank so not sure if I'll need the extra structure that your 180 has if that's the reason for the extra wood?

Can't wait to see an update!