A new start for my main tank?

I have one aquarium that I consider my "big" tank...by my standards, anyway...and I think I am going to do a reset. It's been a community tank for a couple years, housing Gymnogeophagus, Cichlasoma, Goodeids, Corydoras, and...just so as not to be even a little biotopically corect...a couple species of Garra and some Odessa Barbs.

This summer, I took all the cichlids and many of the livebearers outside. That was generally successful, leading to a few tanks of assorted fry...but also resulting in a big tank with not much to see for the entire season.

I've never been much of a cichlid fan, and I think that I have scratched that itch more than enough this year. I lost a bunch of adults to predators outdoors, most of them to a Mink who continues to scour the area even now that the fish are indoors again. My balzanii fascination has waned, and I won't be carrying them forward; I'll continue on with G.rhabdotus and C.dimerus for now, but not in the main tank...just too much trouble getting them out in the spring, and I grew tired of watching them breed in the tank only to have the fry consumed. I have a couple tanks of rhabdotus fry which I am growing up to saleable size, but generally speaking, I just don't get much satisfaction anymore from having these cool, colourful fish breeding unseen in outdoor stock tanks. Yes, draining a stock tank in the fall and exposing all those lovely little fish is cool; having a more-or-less empty tank indoors all summer is less so.

Similarly, the Odessa Barbs were a must-have species that grew well, looked great...but just don't do it for me anymore.

Not coincidentally, it might be noticed that all these species are cool-tolerant fish and this allowed me to keep them largely unheated in my basement during the winter. I want to continue this; I'm not really interested in using more electricity than I do now. This is probably the main reason why I won't be installing my Jelly Cat in the 360, as it's sole inhabitant. Similarly, African cichlids...despite the fact that my water would be perfect for them...are a no-go; partially because of heat requirements, but also because I just don't enjoy tanks full of a bunch of aggressive fish pushing each other around constantly.

So...what next? Natives are a favourite of mine...but I want something different and the variety of fish I can catch locally is quite a bit less than it was back when I lived in Ontario. We have only three species of sunfish (including Rock Bass) where I now live, and even those are specialties in only limited locales. A gar or two would be strong contenders, as would Burbot, Bowfin, Grass Pickerel...but I have had them before so they aren't really new for me, and some of them are no longer local for me. I have been thinking hard about High-fin Suckers, thanks largely to

thebiggerthebetter and his thread on them...but not completely sold on them; and of course, they strike me more as pond fish than aquarium specimens.

My wife has made a suggestion that I originally dismissed out of hand...but the more I think of it, the more it seems to offer. A species that I haven't kept for over 50 years...that will live happily in a cool tank...and offers a great deal in terms of activity, colour, and "spectacle"...and which is easily available and has no difficult-to-meet special needs in terms of diet or anything else.

So, I wonder...is it finally time for me to get Goldfish?
Expand signature
You learn something new every day...and at my age I'm getting pretty sick and tired of it!
Reactions: Fishman Dave, thebiggerthebetter, GolemGolem and 2 others

Yes, yes, yes, go for it. It will be a refreshing and interesting journey for you, and one I will be following along with should you dive in.

BUT, BUT, BUT......I won't be following along if you get any of these abominations, in fact i'll more than likely block you! Lol. 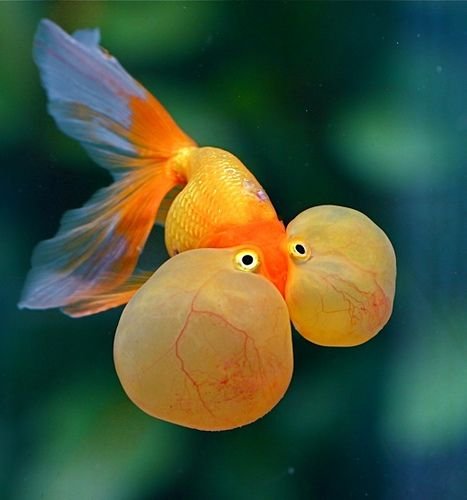 esoxlucius said:
BUT, BUT, BUT......I won't be following along if you get any of these abominations, in fact i'll more than likely block you! Lol.
Click to expand...

I think you know my tastes a bit better than that.

I am not into designer fish by any means; really, any goldfish would be a bit of a hypocritical choice for me. My favourites are comets, shubunkins, etc...i.e., the ones that still actually look and function like fish.

Not sure if I would actually buy a couple comets...or just buy a bucket of feeders, pick through them for a couple I like, and then introduce the others to meet my Jelly Cat. That would still mean a couple months of quarantining the entire bunch, so I doubt I would take that route.

Really, a tank with a few big goldfish calmly cruising around would be very much to my taste; calm...relaxing...I can almost hear the snoring now...

And I haven't completely abandoned the idea of Goonch either...
Last edited: Sep 19, 2022
Expand signature
You learn something new every day...and at my age I'm getting pretty sick and tired of it!
Reactions: thebiggerthebetter and GolemGolem

Comets are probably the quintessential goldfish breed, possibly my favourite too. And the best thing about comets, unlike other goldfish breeds, is that they actually still look like fish, lol. 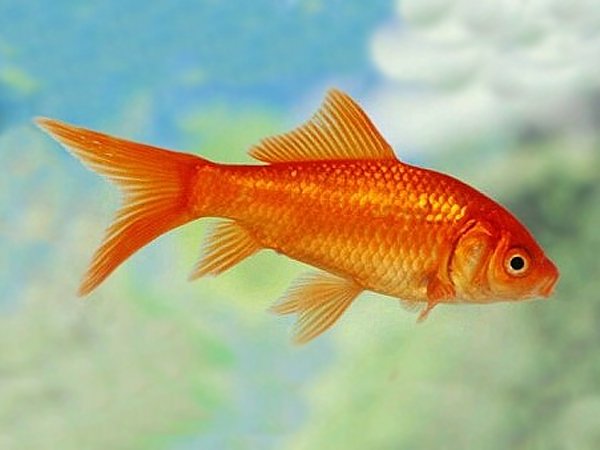 Roselines are another favourite of mine and not many realise they can be kept at quite low temps, though goldfish and roselines together!!!

I'm not sold on that one yet, lol.
Expand signature
Well, here's another nice mess you've gotten me into.
Reactions: Fishman Dave, thebiggerthebetter and jjohnwm

I think we often forget how good goldfish actually are.
Not a picky eater, intelligent, gets a good size, basically bulletproof.

I’d go for it. They aren’t the type of fish that needs a dither, but I’m sure it would be a nice change in pace from only big fat orange blobs cruising around.

If you want some company for your goldfish you could try weather loahes, they are simple and eat almost anything and can tolerate cooler waters.
Reactions: Fishman Dave, Wideglide04 and jjohnwm

Expand signature
Save the Aye-Aye

Don't ever forget who you are.
Reactions: Fishman Dave
F

Comets and feeders can make for very cool pets (....get it, cool water as in no heater).
I have not had any in a long time, but I sure had several of them for a long time.
Enjoy and share from time to time.
Reactions: Fishman Dave and jjohnwm

Goldfish would look great… inside a goonch

… ive always had some comets on hand through the yrs. “Enjoy the little things” i guess. They do well in my sumps, make quick work of detritus and keep my socks running longer. There eventually sent to “clean up” in tanks they have a 50-50 shot in lol… although interesting with variety, colorful and “pretty”… personally i wouldn’t waste ur “big” tank on them. Jelly would enjoy their company when/if u tire of them tho

Yeah, it's not a sure thing yet, just something I am considering. It is my wife's idea, so doing a goldfish set-up would likely be worth more than a few brownie points...

I must admit I find it appealing. A few goldfish, a handful of Roselines, a couple Weather Loaches (thanks for reminding me about those!), maybe a school of Rosy Reds (another underrated and overlooked fish that I really enjoy)...who knows what else?

On the other hand, thanks

wednesday13 for b****-slapping me back to my normal reality.

I had regretfully abandoned the idea of a Goonch due to lack of space...but that was before my 360 was potentially available for a remake. I just don't know enough about Goonch species in terms of max size, temperature preferences, etc...time to do some more research.
Expand signature
You learn something new every day...and at my age I'm getting pretty sick and tired of it!
Reactions: Fishman Dave, thebiggerthebetter and Deadeye
You must log in or register to reply here.
Share:
Facebook Twitter Reddit Pinterest Tumblr WhatsApp Email Link
Top Bottom