Anyone here into fly fishing?

RD. said:
I keep a sealed bottle of Jack on my book shelf just to remind of how I used to live.
Click to expand...

Lol. I have mental scars to remind me of how I used to live.
Expand signature
Well, here's another nice mess you've gotten me into.
Reactions: Kelly_Aquatics and RD.

jjohnwm said:
But i still enjoy beer!
Click to expand...

Now that I can agree with wholeheartedly

Elk is a resource in this house. We usually eat a couple deer too.
Reactions: Kelly_Aquatics

I was never fond of deer, or beer, even the good stuff, Canadian brew. lol
A young moose was always priority 1 every fall, hopefully with bow, if not, later in gun season. Elk is good, but moose is better. IMHO
Expand signature
He who dares not offend cannot be honest. - Thomas Paine
Reactions: Kelly_Aquatics and C. Breeze

Since I moved to the lower 48 Moose has been off the table so to speak but I used to go get my moose every year. I would say elk is basically second favorite here also but it’s the favorite of what we can get each year now.
Reactions: Kelly_Aquatics and RD.

Alright is everyone happy? lol 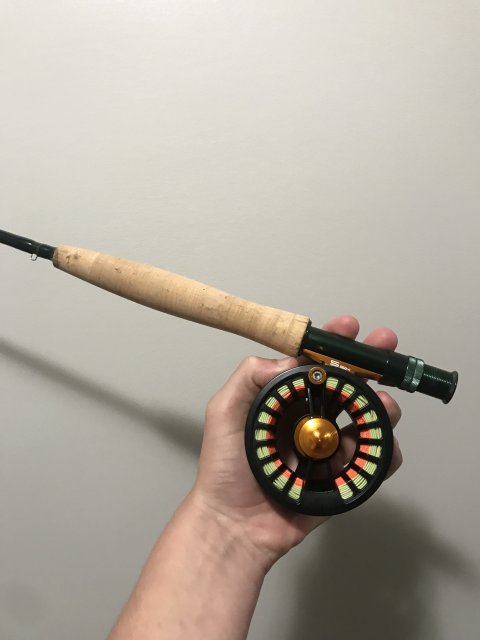 To be honest I think it looked better with it on, have you any glue! Lol.

All it needs now is some blood, mud, fish slime and sweat ground into it.
Expand signature
You learn something new every day...and at my age I'm getting pretty sick and tired of it!
Reactions: C. Breeze, RD. and Kelly_Aquatics

BTW - when flyfishing for trout in the various creeks & streams here in AB, I was 100% catch & release. Some of those big hook jawed monsters were caught on a number of different occasions. This was 30+ yrs ago, when the trout populations were already on a huge decline here in the foothills, due to overfishing & habitat destruction - but mostly from overfishing. The fisherman before me, would keep everything, right down to 6" bull trout. Stringers stretched out 6ft long, like a washline strung out with dirty clothes. I guess they didn't think of the future resources? Saw lots of pics from old-timer's catches back in the 50's early 60's, I knew some of these old-timers. Today, not even worth a drive out west unless you just enjoy hiking. Pitiful.

Hunting lasted longer for me as I was generally successful, and I knew how to avoid the crowds. My best kept elk secret was a section of land that bordered a river, across the road from the ranger station. 99% of the hunters drove right on by, I parked my vehicle with a law enforcement cap on the dash, a copy of the provincial wildlife act (not the regular hunting regs that the vast majority of hunters would have on them) and basically left the impression that it was the rangers private vehicle, or one of his co-workers. It worked well for many years. I also had a knack for calling in both elk & moose with my voice. Never used a commercial call. I called in a few confused hunters over the years as well. lol When I began bow hunting here, I could drive all day & never see another soul. When I sold my bow/rifles many years ago, it was the exact opposite, people everywhere. Every camp site, every range road, every cut line. I would hike in on game trails & lose the majority of the tourist types, but still, the crowds, and their resulting trash & overall stupidity (like scoping me with their rifle) wore me down over the years.

I hope that the future fisherman & hunters have more self control & common sense than my generation. 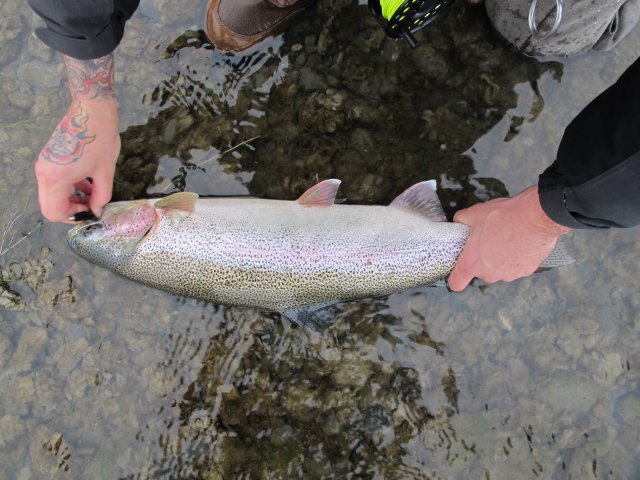