Great pickup.
A friend was working with B vittata, just before I left, and they were quite interesting
That spawning on a leaf behaviour is similar to Andinocara coerleopunctatus, and allows them to move the eggs out of harms way (especially in places where eggs predators like plecos are common), and considered by some, to be a precursor to a mouth breeding step in evolution.
I have watched the Andinoacara cart an egg covered leaf all around my 180 whenever the pleco gets close.
Nice idea cutting the leaf in half 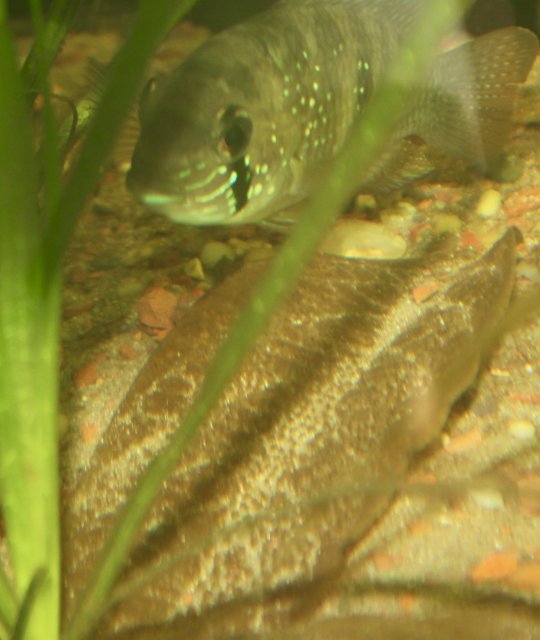 Not surprising these Bujurquina and Andinoacara would have similar behaviour patterns, both were considered part of the genus Aequidens for many decades.
Reactions: tlindsey and MatteoTheEnder22

The second pair has been releasing their fry throughout the day. So far the first pair stays well hidden and I have not seen them release their fry yet -- the male is always tight-lipped and hiding in a dark corner under some plants.

Investing in a cheap iPhone tripod on Amazon was a great decision. I can finally hit record, walk away, and let the fish do what they do naturally without my presence interfering. I managed to get clips of both pairs releasing fry. I also finally enabled 4K recording which looks way better on YouTube than 1080p does.

Nice little acaras! Great that you have had much success with them thus far, and the video quality looks very clear as well.
Expand signature
POTM and TOTM 2019 Contest Info: Click Here

I was wondering where you bought your chiquitano cichlids? They have such great personality and have wanted to get one again. If there are any sites you could point to that carry them or if you’re selling them yourself, I would be happy to buy one off of you.
Reactions: tlindsey