Convict cichlids about 16-20 weeks old, had them since fry and now in a
30 gallon tank, im not sure if its male or female.
Theyre both about the same size but one is more darker and purple-ish,
And the other is grey-ish color.

Darker one has a greenish blue hints in the top dorsal fin ,
Grey one is just plain grey ish and black. Not sure if its due to stress or they are opposite sex

The darker one chases the grey one around the tank every once in a awhile , and has him in the corner by the heater . but he acts normal, eats and still swims around.

They are two of the bigger fish from the first convict spawn we had ,so theyve been together forever is that a bad thing, do they need to be seperated ? 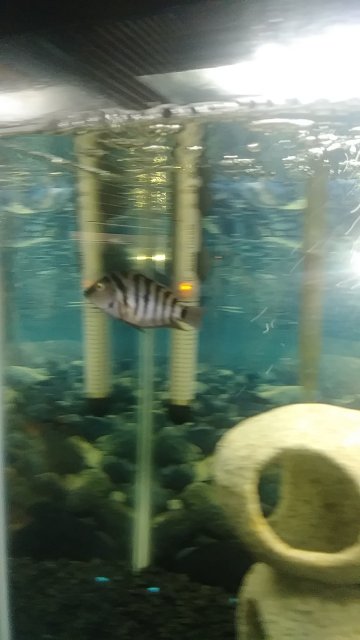 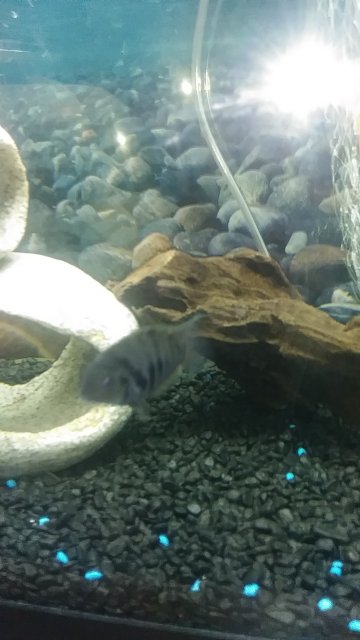 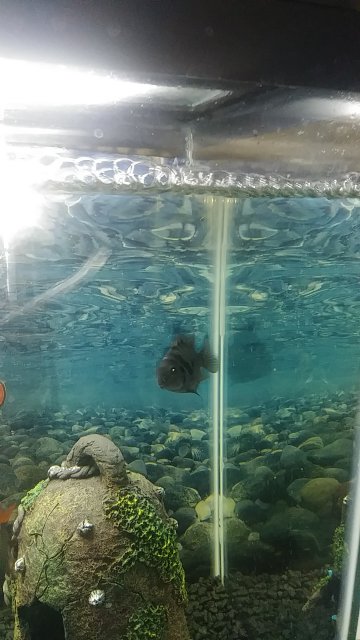 darker one , more purple-ish in person

From the pics, the first one looks like a male, and the one with colorful fins looks female. Females get color on fins and orange belly, males stay grey with stripes. Interesting that the female is the bully, usually the other way around but convict females can be feisty. 30g is an OK tank size for them, I would expect them to start breeding at some point if they are infact opposite sexes.
Expand signature
POTM and TOTM 2019 Contest Info: Click Here

Thanks for the help , I was thinking they were both males and one was getting bullied , the darker one is more colorful but no signs of color on or near the belly,

Doesn't matter to them, though the offspring will be inbred; but most of the captive bred store-available fish are inbred to some degree.

It is possible that both are males and the more colorful one is dominant. Males can get some color on the fins, but none on belly. Can you get a better picture of the side of the fish? Hard to tell much from these pictures.
Expand signature
POTM and TOTM 2019 Contest Info: Click Here

SEND ALL ENTRIES TO: Monsterfishcontests@gmail.com
Reactions: Tony A. and Deadliestviper7
C

This is another convict I kept from the first spawn of fry , it was always the smaller fish of the group , i know its a female due to orage color on belly. 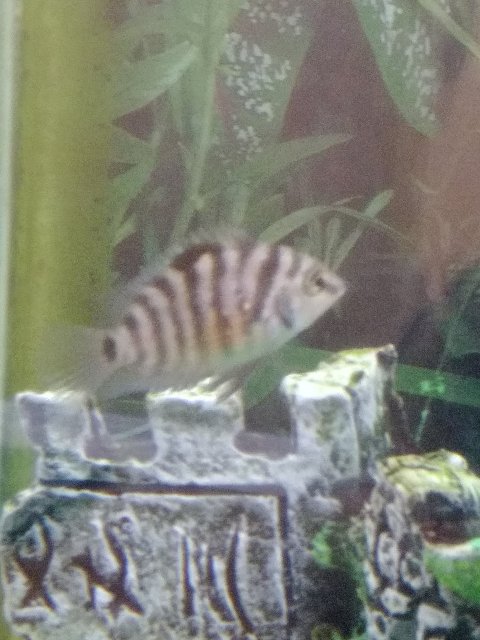 Concich said:
This is another convict I kept from the first spawn of fry , it was always the smaller fish of the group , i know its a female due to orage color on belly.

That's actually natural some fry will grow slow stay small or even be deformed.
Genetic's will play a big part .
Reactions: Gourami Swami

Yup some fry will be runts, it is natural. Also, that is a female, so probably will only get to 3" or so
Expand signature
POTM and TOTM 2019 Contest Info: Click Here

Something came up in a conversation.
Not somthing i plan on doing myself
But would an aggressive ( male ) convict eat a small frog.?
I have only fed my convict live worms once and he ate them up QUICK .lol

I don't think so. Might attack and kill it, but convicts have small mouths, and are not amphibian predators in the wild, feed more on small crustaceans insects detritus etc.
Expand signature
POTM and TOTM 2019 Contest Info: Click Here

Concich said:
This is another convict I kept from the first spawn of fry , it was always the smaller fish of the group , i know its a female due to orage color on belly.