Ulu said:
Thank you for the suggestion.

I have varied his diet … Well I have tried, but he gets on these things were he will only eat one kind of food for a while and right now it happens to be omega one sinking cichlid pellets. I don’t know, the feeder fish are getting consumed slowly but it seems too slow for the number of cichlids in the tank.

If he follows his past patterns then he will be eating other things soon. But I recently added fish to his tank so he’s slightly discombobulated.
Click to expand...

I've said it before and I'll say it again...sometimes I think Brick and Felix are related! Brick also goes on this "eat this, eat that" phase. The only thing that stopped him from being picky is being around smaller fish that are aggressive eaters. NOTHING else worked. Now he eats a variety of foods. He plays games too...he pretends not to eat certain foods but he'll eat them as soon as I leave.

Another thing I suspect is now Felix is at a size where its not worth the effort chasing down small fish. Oscars are more ambush predators...lugging around that mass chasing around dinky meals isn't worth it.

I'm pretty lucky with Brick this way. He has no interest in eating smaller tankmates. I put my rainbow Pepper in when he was only 3 inches and have had no problems adding other smaller tankmates. (It's the larger fish he harasses or offs). He WILL chase a little when they annoy him but he doesn't spend energy on it.
Reactions: Ulu and Deadeye 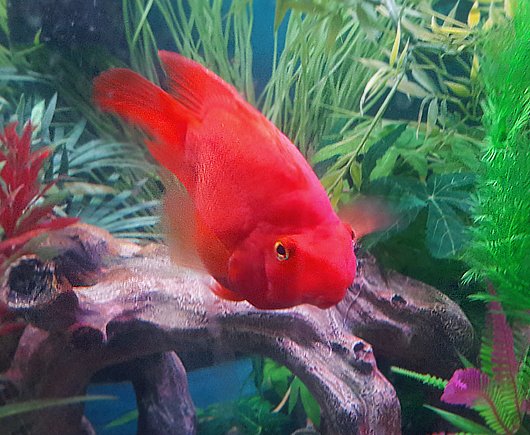 Rtc/tsn said:
What are these things and how big of a tank do they need.

African Mooneyfish (Monodactylus Sebae)
To breed them, I have no idea what size marine tank you'd set up, but I've raised 6 in a 55g with a 40g sump as brackish fish. They may not grow any bigger than this without full salt water, but they are over 7" tall. Because they have never been in full salt water, they are probably arrested as juveniles.

BUT DO NOT take my word too seriously. I have never had a salt tank, and this is my first brackish tank.
Expand signature
I hear bubbles 24/7
Reactions: Deadeye and Rtc/tsn

FINWIN said:
. . . I suspect is now Felix is at a size where its not worth the effort chasing down small fish. Oscars are more ambush predators...lugging around that mass chasing around dinky meals isn't worth it . . .
Click to expand...

I agree. There's a hundred fry in his tank, but he only eats a few of them, when I run out of pellets. I gave him some fry today from the brackish tank, and they were stunned when I dropped them in the fresh water. He sucked them down pronto.
Expand signature
I hear bubbles 24/7
Reactions: Deadeye

The mouthparts of Mojo the Murderer are unique among my fish. He has this strange chin, rows of tiny teeth, and his mouth never closes. 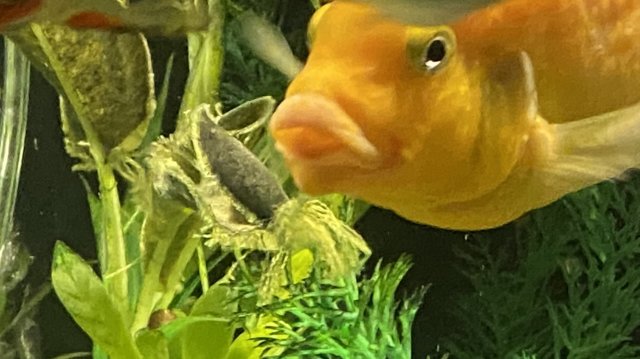 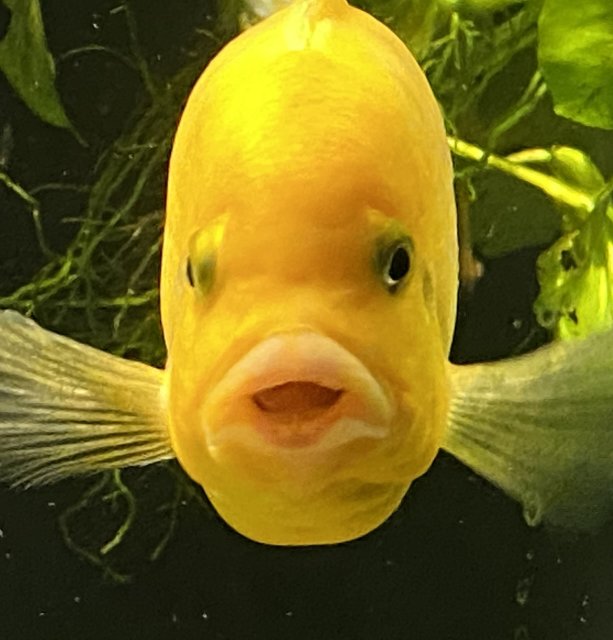 He also has Google eyes kind of like an Oscar fish and you can see he is looking in two different directions here. While his left eye is pointed at me, his right eye is fixed on Felix the Oscar who menaces him from offstage.
Expand signature
I hear bubbles 24/7
Reactions: Daniel36 and Deadeye

This is a strange looking photo of Felix, because he is really flexing his muscles in this picture. 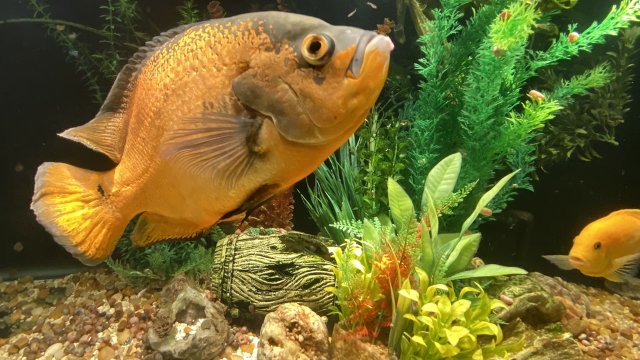 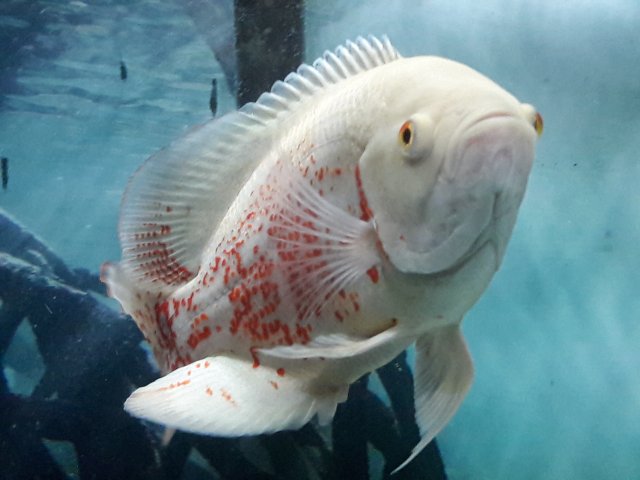 This has always been one of my favorite pictures of Toni, each of her fins are going a different direction, with her gaze squarely on the waters surface for food.
Reactions: Daniel36, Ulu, FINWIN and 1 other person

Little Rhino is our smallest Pleco. He is shy and doesn’t get many photos. 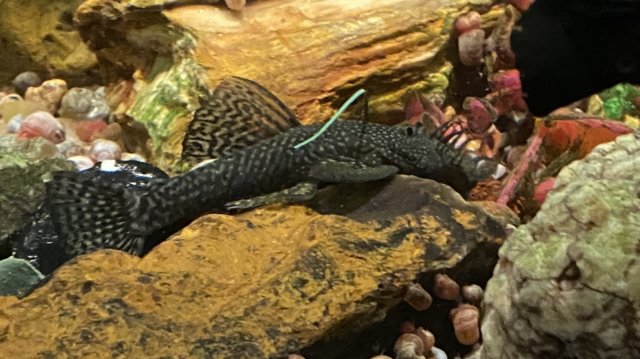 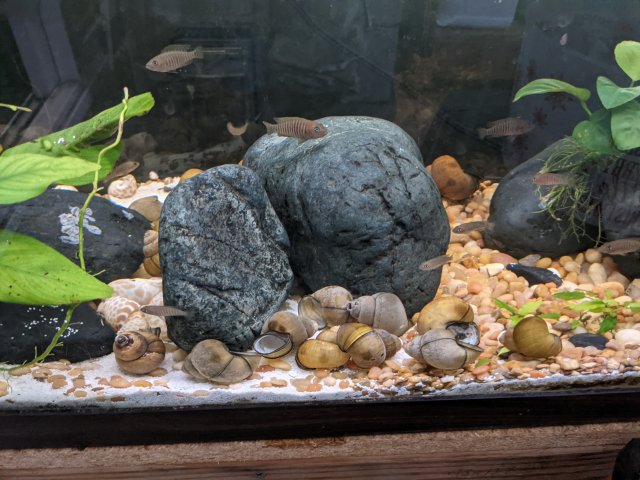 Expand signature
The harbinger of doom to the wicked but the fragrance of life for the hopeless. Napalm
Anything is possible, but should you is another question.
Oh, you are considering a Flowerhorn or Blood parrot, or some other monstrosity. Please don't buy GMO.
Reactions: Ulu and Deadeye
You must log in or register to reply here.
Share:
Facebook Twitter Reddit Pinterest Tumblr WhatsApp Email Link
Top Bottom