Just thought I'd post some pics of my festae pair today. The female is Lucille and the male is Stomper. I've raised Lucille since she was just an egg from my first pair I no longer have. I got Stomper at my local fish store at about and inch in length. She is about 7 inches and he is about 8. They are housed in a 135 gallon aquarium. 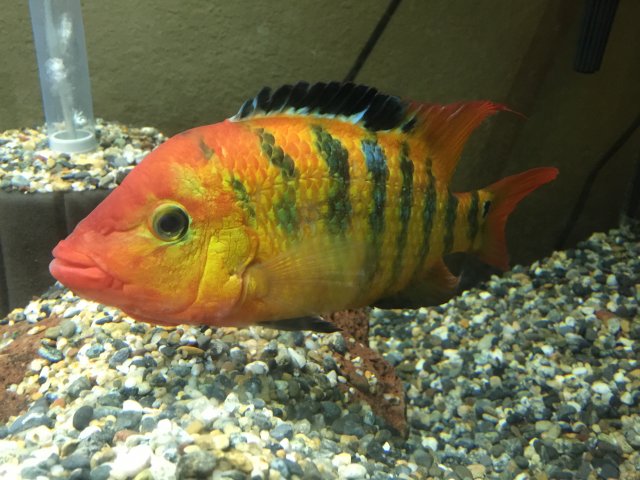 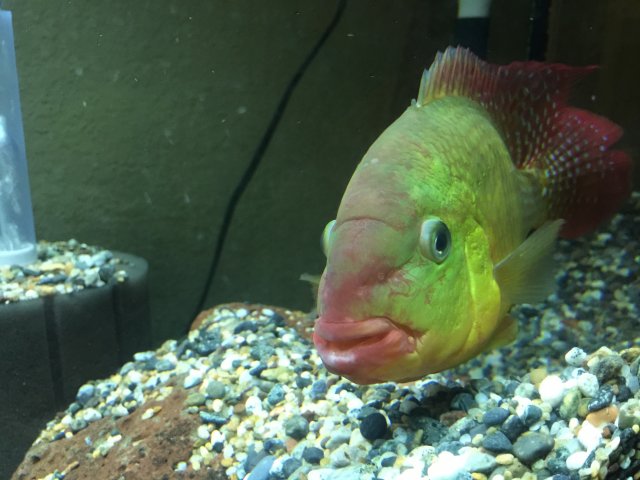 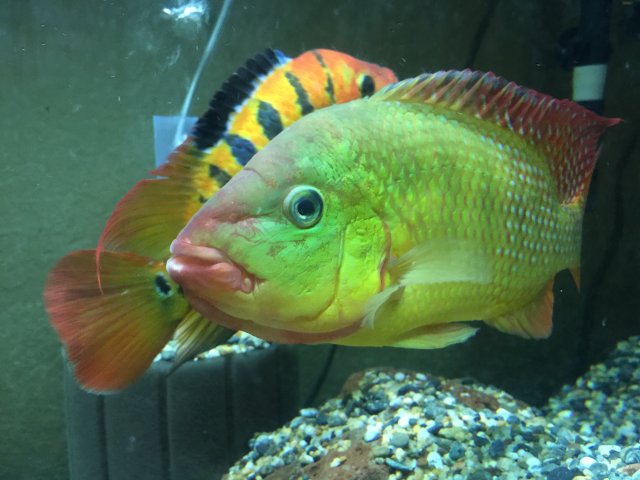 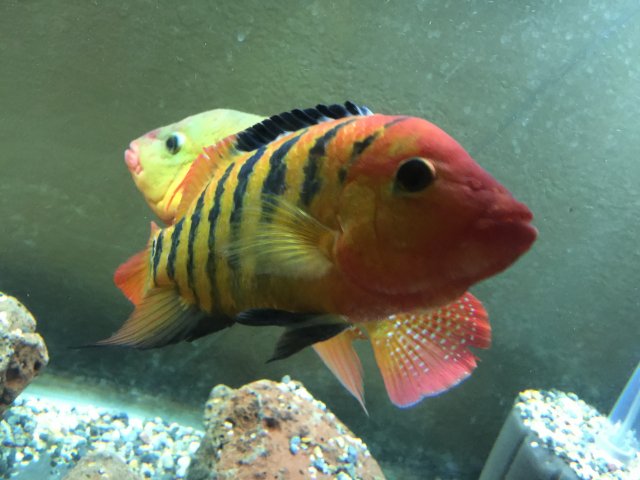 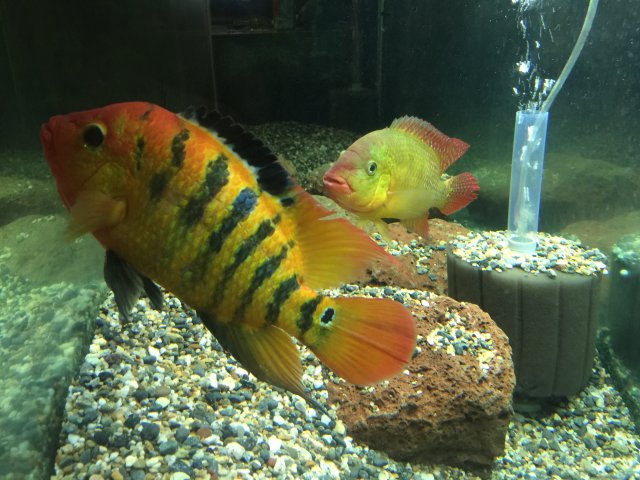 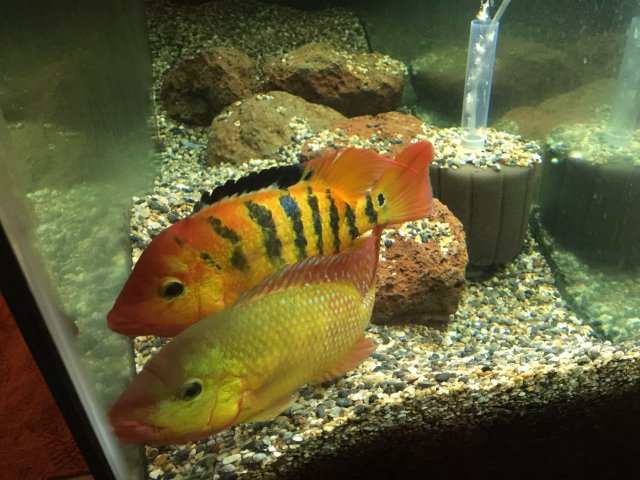 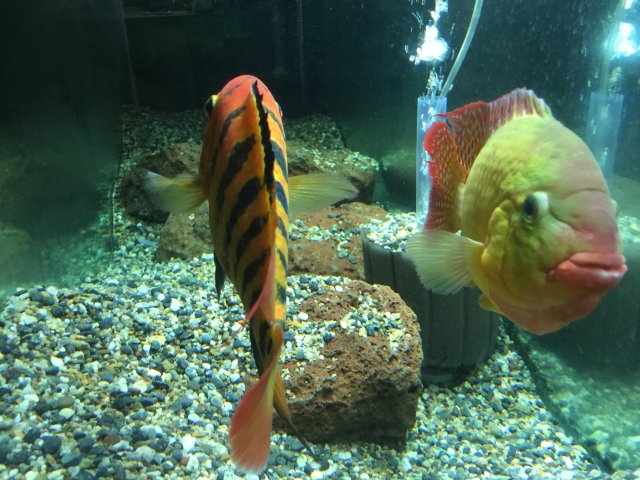 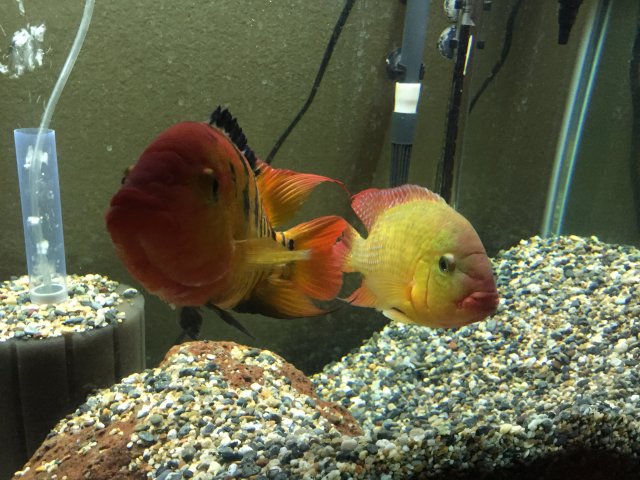 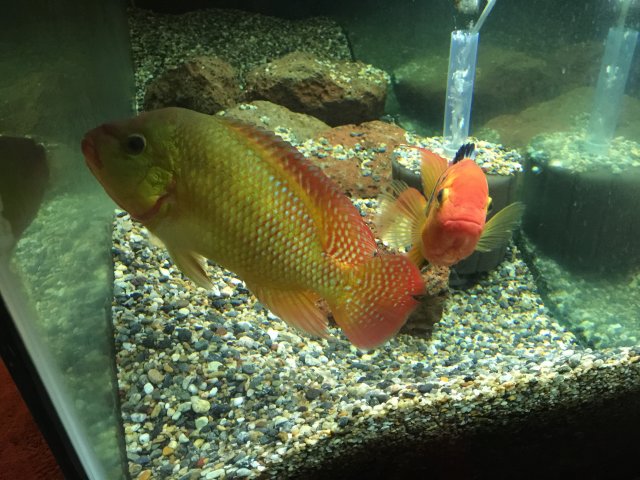 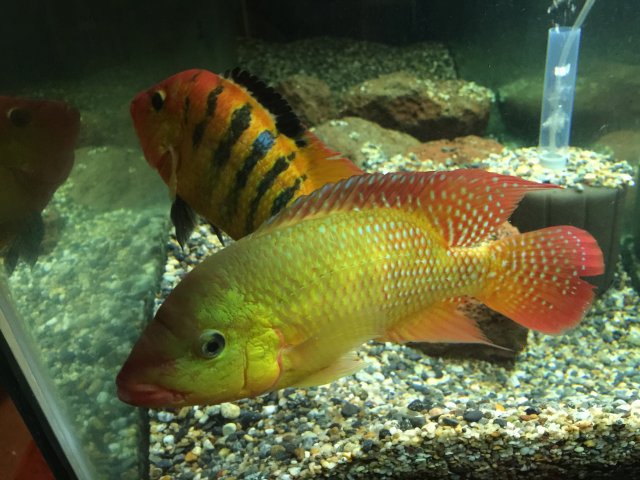 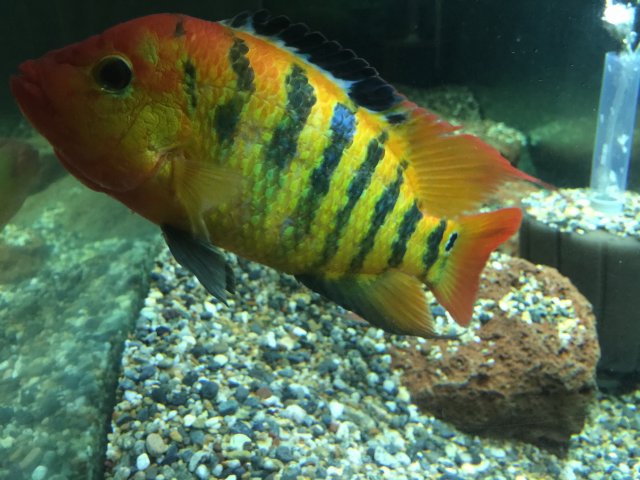 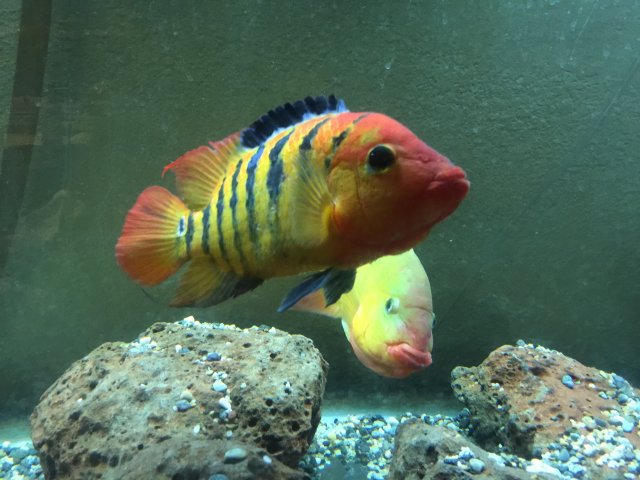 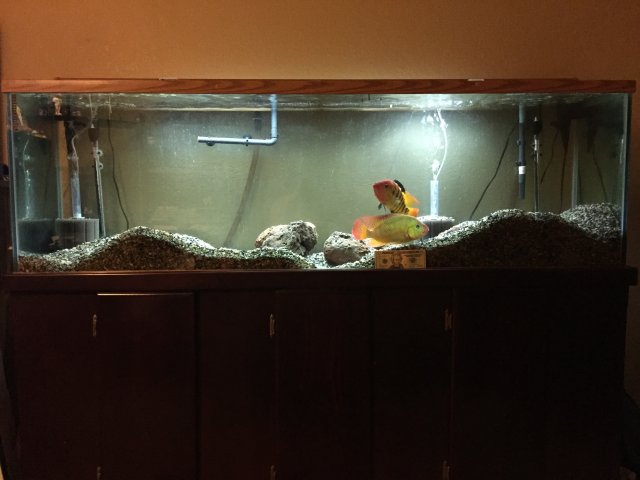 Seems like they get along well? Thats a good thing!

Great looking pair...like the names too....

I'd love to keep festae but I feel they're best kept in pairs because of their colors.
That's an awesome pair you have.
Expand signature
iħ∂/∂t Ψ(r,t) = ĤΨ(r,t)
Reactions: Frank Castle

Thanks all, they really are a nice pair. This is the first pair I've actually raised from a small size and I must say that it definitely took a while to do, but it was very worth it.

I'm not always here to keep a close eye on them so I usually keep them divided because I know how chaotic it can be if the male wants to breed and she's not ready. I've noticed that the more time I give them together the more patient the male has become with her. I actually kept him in another tank because when I got him he was only an inch and she was already 5 inches! I kept him in his own tank and he beefed up pretty fast. When I first introduced them neither one wanted to back down and would constantly lip lock. I guess you can say it was the 1989 Battle of the Bay World Series in this tank for a while lol!

I don't know if you guys noticed but Stomper's tail spot is invisible. It only comes out when he brings out his bars.
Reactions: FastFisher5 and Frank Castle

ehh said:
I'd love to keep festae but I feel they're best kept in pairs because of their colors.
That's an awesome pair you have.
Click to expand...

I agree. I had a female in a community tank some years ago and she rarely colored up. She was the dominant fish in the tank too but it was like she didn't have to prove herself to any of the other fish so she never showed her potential. It wasn't until I picked up a male her size that she brightened up.

They are best kept in pairs but can be a chore to keep a close watch on them without a divider. Not to mention that its hard to dedicate a whole tank to just 2 fish. I've thought about doing some dithers or target fish but feel like they'd most likely just all get picked off one by one.
Reactions: Frank Castle
T