Get your licenses first, fish second...

I had to kill off 19 of our fish on exhibit (out of about a thousand we maintain) myself... as a consequence of our venture applying for licenses to exhibit prohibited and conditional fish species and the ensuing inspections by the Florida Wildlife Commission.

I knew what unlicensed fish I had and wasn't really hiding anything from the inspectors, who missed them on the 1st round but then came back with a biologist and got them all with my help, pointing out what they missed.

The FWC will probably deny my license application anyway but I have a weak hope that maybe they won't as I have fully cooperated with them.

Anyhow, I had to kill: 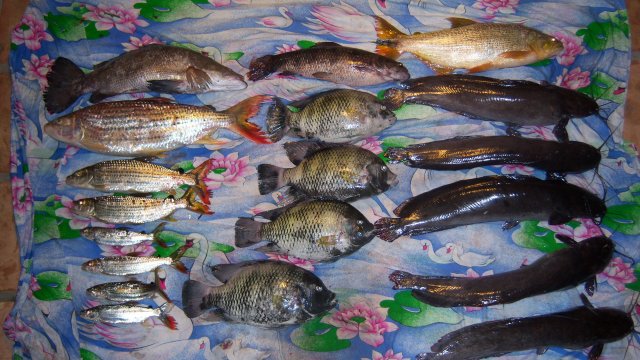 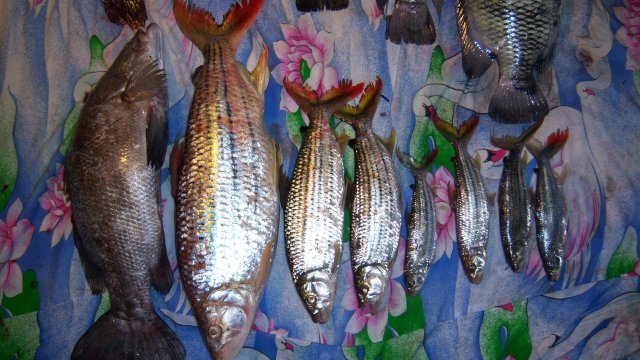 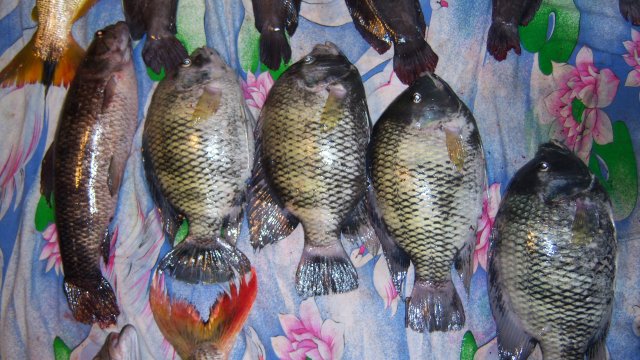 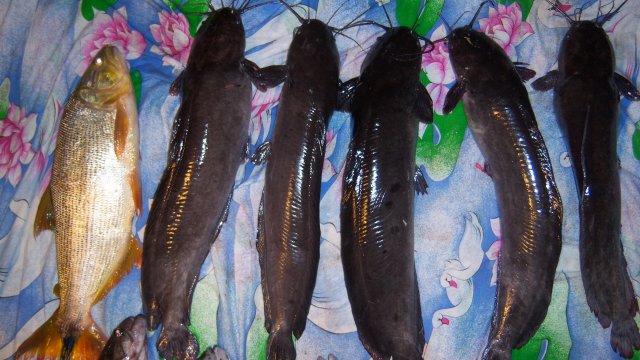 Much appreciate your support, guys and gals, thanks!

I am ok. I kind of clammed up when I was doing this (took half a day) and sulked for a week but it helped me that I knew that it's only me to blame and... well... let's be honest, I love myself, so there is no sense in punishing myself more than I already am punished.

The principal FWC (Florida Wildlife Commission) investigator is a really nice, well-meaning guy but wasn't versed in fish. So the first inspection was promising, I almost passed (getting a license is a long process, many steps and takes a year). But then he came back, said FWC saw my YouTube videos and the regulated fish we have, and brought a university biologist with him and they ID'ed my illegal finned immigrants. They missed one Nile perch and the wolf fish, which I have honestly pointed out to them.

They did a so-called constructive seizure where FWC takes ownership of the fish but transfers the keeping temporarily to me.

I was hoping that since

-- I have had the critically-needed wet/dry sand bed filter (where I dumped the water from the continuous water change onto / into the ground) mandated by the FWC for having prohibited and conditional fish species (so no fish, fry or eggs could ever escape in the wild) and
-- I was a rescue and
-- I was more or less straight up with them,

... they would grant the license and legalize my illegals... but the investigator said on the third visit that Tallahassee (the Florida capital where the government, including FWC, resides) will deny my application. That is on the grounds that one cannot be in possession of illegal fish at the time of application.

Then he asked me if I would be willing to voluntarily surrender the fish or they would have to go through the State Attorney, etc. get a warrant, and after that forcefully take my fish away, and then transport the fish elsewhere and euthanize them all (because they don't / can't kill the fish in the presence of the former owners).

I said there is no need whatsoever to heap up papers and expenses and stupid senseless work on the FWC, State Attorney Office, and the taxpayer, and that I would kill them off.

They also constructively seized my 3 foot wels too, because it is federally banned (no additional bans in Florida, as opposed to the unfortunate Ohio). I emailed them my electronic receipts from Wesley Wong and PayPal from Aug 2016, when I got the wels. As you may know this was the last batch Wes brought into the USA because wels was then soon federally banned in the Fall of 2016. Tallahassee has found my proof adequate and released the wels back to me (of course, wels has never left its tank here, that's the constructive seizure).

*** All in all, I have no problem with FWC, whether they grant me my license or not. I blame myself (Duh!? Genius!). Especially the FWC principle investigator is a nice guy, on my side, but he has no influence, or not much, on the Tallahassee superiors... but those guys appear so far to adhere more to the letter of the law, not the spirit of the law. Which in my case means I am equaled with any other unlawful scum, no matter my "noble" intentions and circumstances or my fish fish keeping skill level and responsibility... I am the same as any Joe Schmoe who never bothered to make a wet/dry sand filter, who doesn't think twice about releasing his illegal fish into the wild (or whether a hurricane will do it for him), or selling them to others, etc.

And that's ok. One cannot expect mercy from a large bureaucratic machine like the government because it is set up as an utterly, perfectly just computer but at the same indiscriminate and impationate, soulless computer.

If one find mercy there, it'd be because some official somewhere there would voluntarily take upon themselves the work and the risk of, first, understanding who they deal with (a stupid but a well meaning person or a cunning criminal) and, second, choosing to make concessions at a possible expense of their own job safety and comfort. Such people are a tiny % in life, in government, in everything.


wfex4 said:
Where are you in Naples? I live in the Cape but service aquariums as far down as Bonita. My partner volunteers at the Naples Zoo regularly.
Click to expand...

Howdy neighbor! We live in SE Naples, 5 miles south of exit 101. Might your name be Ladia by chance?
My DIY Public Aquarium build http://www.planetcatfish.com/forum/viewtopic.php?f=4&t=33968
Vids & pics on MFK http://www.monsterfishkeepers.com/forums/threads/fish-story-aquarium-and-rescue-naples-fl-two-4500-gal-13x13x4-5.603969/
My databases http://www.monsterfishkeepers.com/forums/threads/two-databases-longest-f-w-fish-rating-f-w-fish-by-continent-and-family.660258/
Reactions: BichirKing, phreeflow, Iamfish and 10 others

This hurts to read, I genuinely am feeling despair right now and it wasn't even me that it happened to. I hope you get the license Viktor.
Last edited: Sep 4, 2019
I will go above and beyond.

That's devastating and must have been very traumatic for you.
R.I.P inuk the coolest beluga whale ever

Damn.I definitely wouldn't have been pleasant to be around after that ordeal.
We're from Philly and we fight!
-The Eagles

If you are overstocked,these guys will certainly help with that.
Reactions: thebiggerthebetter

Where are you in Naples? I live in the Cape but service aquariums as far down as Bonita. My partner volunteers at the Naples Zoo regularly.
Reactions: thebiggerthebetter

What!!!!!
I am shocked to see this, and some among those list are so damn to even keep for a small period of time let alone grow to those sizes.

Sorry that you had to go through this.

But I guess you had to do this for the long term benefit.

comments:
1)Love the fish, congrats on having the worst title thread in MFK history...lol
Reactions: thebiggerthebetter and Matteus

Sorry you had to go through something like that. So sad