Guenivere said:
Oh wow, they look amazing. And it's good to hear that I can get some plants in there - you figure I should put two pairs in a 40 gallon to divide aggression? Or perhaps do a 1m 2f ratio..? Rapps was the first online place (person?) I checked after scouring all the LFS's in a 100 mile radius, but unfortunately had none in stock. Thank you so much for sharing your experiences, there's so much on convicts but very little info about these guys.
Click to expand...

I think two in a 40 would be ok if there are enough barriers. I would not do one male and two females - I think one female would be killed quickly. I'm not sure who had them first - just who I got them from - they seem pretty easy to find from many sources

Guenivere said:
Oh wow, they look amazing. And it's good to hear that I can get some plants in there - you figure I should put two pairs in a 40 gallon to divide aggression? Or perhaps do a 1m 2f ratio..? Rapps was the first online place (person?) I checked after scouring all the LFS's in a 100 mile radius, but unfortunately had none in stock. Thank you so much for sharing your experiences, there's so much on convicts but very little info about these guys.
Click to expand...

IMO a 40g might be better w/ just one pair. Parents like to heard their fry around. They don't like to stay in one tight spot. The aggression w/ the pairs will be too much. If it's hard to get these fish, I wouldn't risk it.
I wouldn't call HRP convicts. Very different fish with a lot of big differences.

Yeah, it seems like a lot of the posts on these guys were from a couple years ago, and they didn't quite make it into this area. I'm ok with being the trendsetter

One pair then, and I'll make some hidey holes only the female can squeeze into so she can escape the male.

And some java moss on the driftwood.
A

Get as many as you can. They are not that hard on each other, even when breeding. You always need surplus males and females. If nothing else they will make the bond stronger for the first pair. A 40 breeder with wood, plants, and rocks is fine. Even have some danio's or rainbow fish with them. They are not that aggressive. I think one pair would be asking for trouble.
A

People are way to conservative and quick to judge on most websites.

That's true I guess, but it comes from having those bad experiences. Very few people will have the good experiences burned into their minds to the extent that they'll share them with others (thank you again to all of you who have done just that!) but the bad ones are spread around as a cautionary tale, a warning that conservatism is sometimes equated with safety for a reason. I guess it really comes down to watching what's in front of you and using common sense, which is difficult when you don't have a lot of experience. Hence the beauty of these forums, which allow us to call on a pool of prior experience before we try new things.

When I get them they'll be small still so I'll be growing them out. Definitely getting a bunch and will sell those that don't pair up - I'll play it by ear when the time comes, but will plan around having just the one pair since I am expecting to have and keep babies until they're big enough to sell to the local stores, so I don't want to tax my bioload by having lots of juveniles. I'll also see how stressed the parents get and make sure they don't eat the fry - it's great that they don't tend to tear each other apart, but I also don't want to see shy fish getting rid of their eggs because they're unsure of their security. I will probably try some rainbows with them when I get rid of the extra fish, because I'd like some movement up top and I've had great success keeping dithers in with cichlids. If two pairs seem to strike a balance I would definitely like to keep more.

Probably also a good idea to think of some tough target fish I could throw in there if I need to divide any aggression later on - ideas for a smallish target? Can't be loaches or cories, they have an egg eating tendency, small enough to fit into a 40 with the Hondurans but not too shy like Rams. Apistos maybe? Lol maybe an angel or two? They can be some angry-ass fish when they want to be ime (that dawning realization that you may have picked the devilfish out of the angelfish tank)
Reactions: Deadliestviper7

I had 3 breeding pairs in a 150g. That worked. But when I put 4 Ina 36g bowfront, the dominant one beat up the others. Mine got 4-5" full grown. I just don't like cramming as many fish as possible in a tank. I wish I could give you my female as I am making stocking changes. They really do well in groups and community tanks. 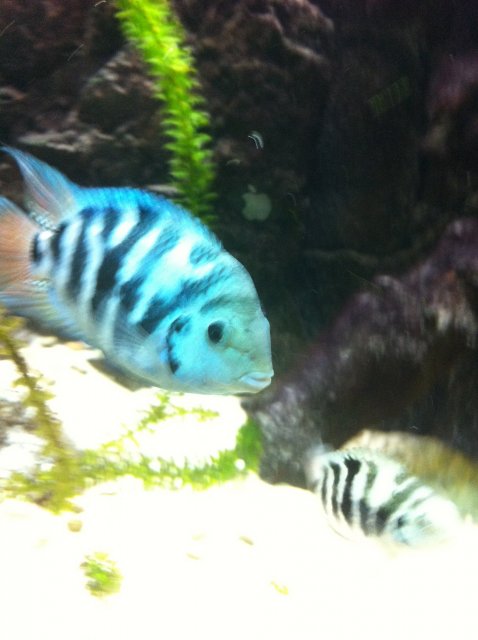 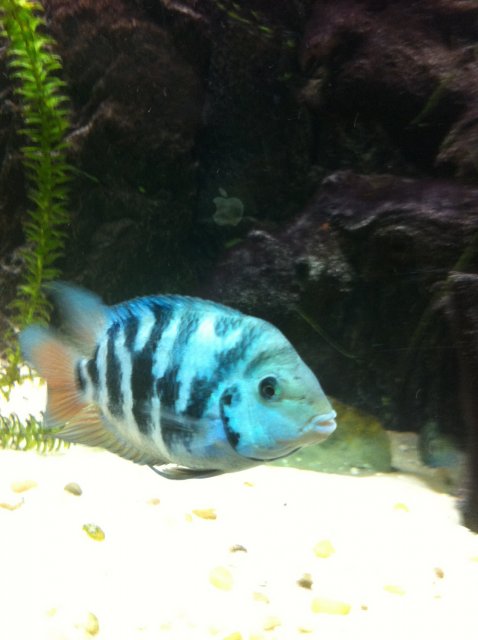 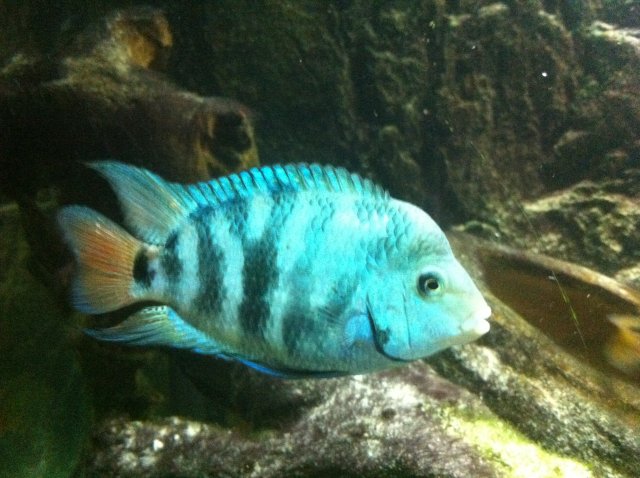 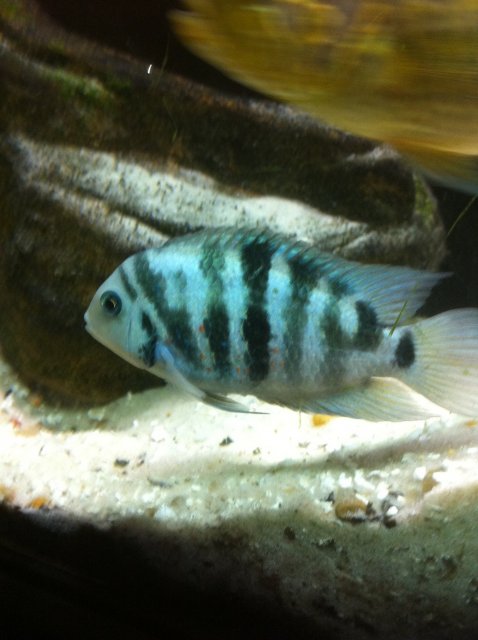