How has the coronavirus affected your personal life?

I was mistaken. Gamma and not Lambda is the dominant virus in Brazil. Lambda has been found mostly in Peru.

Do we know which vaccines are better matches for each variant?
Expand signature
I hear bubbles 24/7

In Indonesia 95% of the health care workers have now been vaccinated, mostly with China's Sinovac. They now are doing "boosters" with Moderna for health workers which the government received. So far, 545 MD have died with 51 dying in June. In addition, 445 nurses, 42 pharmacists, 223 midwives and 25 lab workers have died.

COVID-19 is taking a devastating toll on medical professionals in Indonesia, where 114 doctors have died so far this month, more than double the number of doctors who died in June, according to a physicians’ network known as the Mitigation Team of the Indonesian Medical Association, or IDI...

Scuttlebutt has it that the one shot Johnson and Johnson may not be as effective as Moderna and Pfizer.

In April 92 people attended an outdoor wedding. All guests had to be fully vaccinated. Six people came down with COVID 19 - first two people to get sick after the wedding had come from India and had Covaxin BBV152 vaccine. The man died. (I bet he brought the Delta virus with him) The other four people who got sick were vaccinated with Moderna and/or Pfizer. One Pfizer recipient got sick enough to be hospitalized. 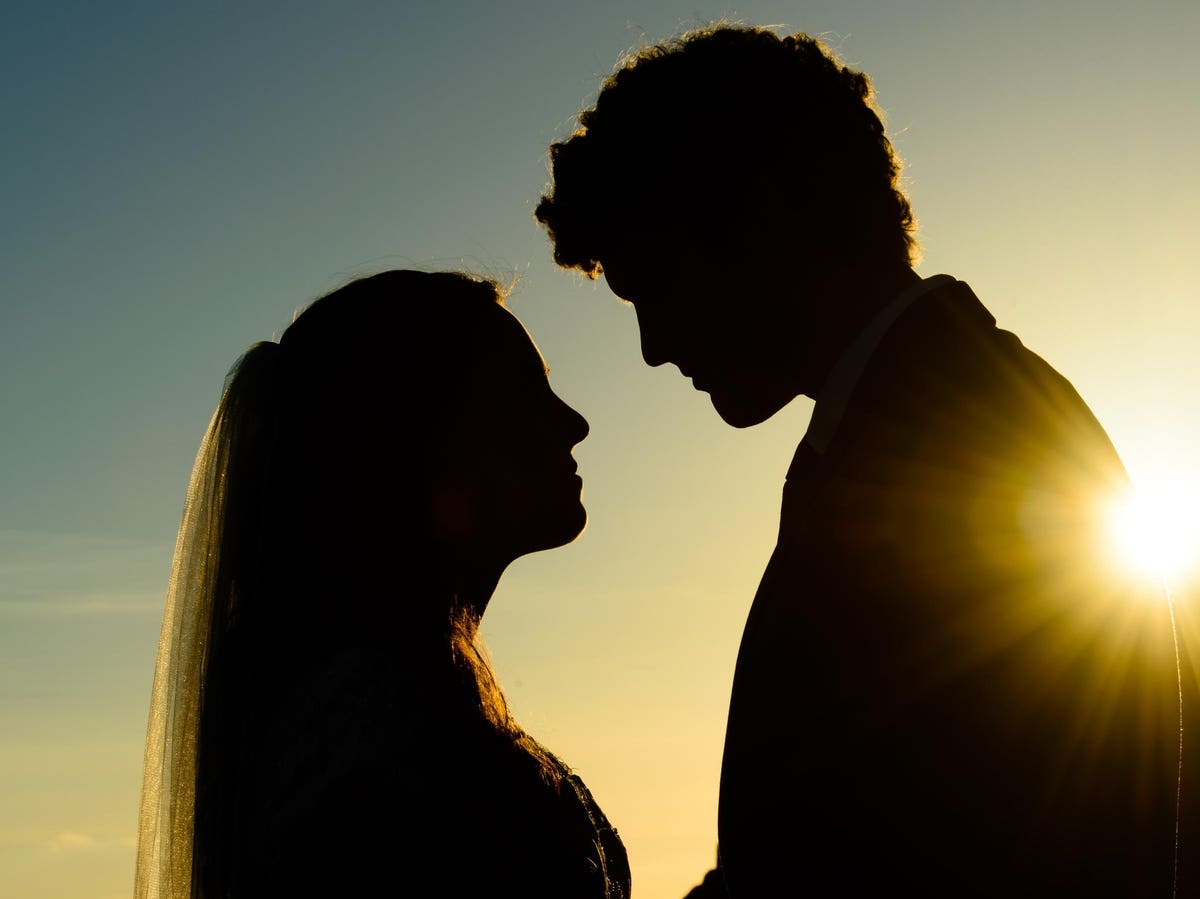 One attendee died. Another was hospitalized. While the Covid-19 vaccines do offer good protection, protection is not 100%.

www.forbes.com
April was when the Delta variant was starting to surge in India.

The vaccines are definitely all not equal. https://www.wsj.com/articles/countr...a-protection-from-chinese-vaccine-11626183948

Johnson and Johnson vaccine appears to be less effective against Delta 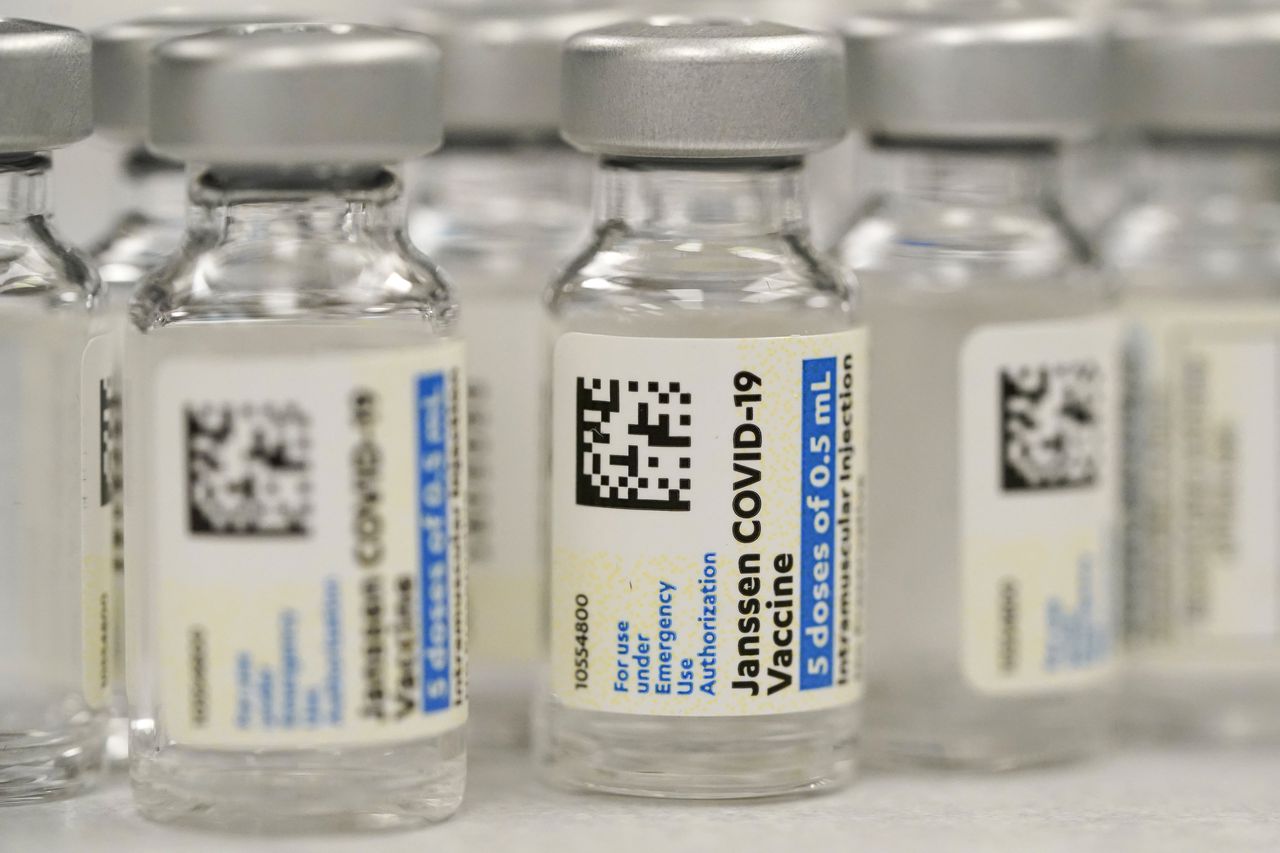 The study is just the latest bad news for New Brunswick-based Johnson & Johnson.


If one is to believe articles found online, Pfizer, Moderna and AstraZeneca are effective against the Delta variant. The book has not been finished as the final chapters aren't written yet. In the USA, we really don't have a choice of which vaccine we get. We can't exactly say, "I'm sorry, I don't want Moderna, I'll wait until you get Pfizer vaccine in."

The verdict is not in on how well Pfizer and Moderna will protect against Lambda and Gamma variants. We'll have to cross that bridge when we come to it. I will say that since we started wearing masks, my husband and I have not had any colds or the flu. We're going to be masking for the long haul.
Last edited: Jul 20, 2021
Reactions: jacktar, deeda, Krismo962 and 2 others

Hendre said:
Stop bringing politicians into this discussion. Again this is about PERSONAL impact and it's verging off course. I've been seeing veiled attacks on some political figures and policies and that's not on no matter how much you disagree. The vaccination/infection discussion has run its course, it's coming back in the same circle.

Please keep the discussion to the impact covid is having on your personal lives. I discourage political debate on the topic as it's prohibited in the TOS of the site.
Click to expand...

I am tired of having this thread go in circles and circles and circles. D dogofwar S skjl47 I specifically stated that the vaccine discussion is done yet it took less than 10 posts for us to get back to square one, talking about the government and thrusting your own judgements about the vaccine/disease into the discussion. Last time I checked this thread is about your personal life. Any posts outside of the personal impact on your life will be removed, if you can't behave I will lock the thread.

Stop talking about real life laws and measures when you can't even follow the simplest things on a web forum.
Expand signature
Busy petting my orchids and watering the snake

Bringing politics into this now means I am locking the thread, I will clean it out later and dish out infractions to those obviously skirting with the rules and not taking their chances to listen. I'm kind of sad that this had to happen, but you had your chances.

A reminder of the rules:

Monster Fish Keepers will not allow any posts which incorporate politics or religion in any form in the forums. This includes but is not limited to words and/or insinuations in avatars, posts, and/or signatures. Monster Fish Keepers will make every effort to remove any such avatars, posts, and/or signatures which does such with editing and/or deleting as deemed necessary.

You must agree to these terms and rules before using the site.

I have given an initial filter of flashpoint discussion. Appropriate talk is:
"Due to covid now I have been unable to work for 6 weeks and it's kinda rough"

Not appropriate talk is:
"Due to this and that said by X person or the government people should be doing this and don't listen to Y country because they are trying to cause panic"

Politics are strictly off limits because people can't behave themselves, any further conflagration will be dealt with, the majority of the members are tired of the arguing about vaccines and infections and whatnot, hence it's only the same 3-5 people posting here.

This should be an open space for casual discussion. Keep it that way, thanks.
Expand signature
Busy petting my orchids and watering the snake

I manage a facility where we train a lot of high profile professional athletes. We technically fall under the category of ''medical facility'' since we also have a orthopedic/physical therapy/sports recovery office, so at no point during the covid shutdowns did we close. We have been open at full capacity since early January.

My wife runs a hospital. Back in January, in an effort not to have vaccine doses go to waste, My wife called asking us if any of our staff wanted vaccinations. 3 of us 5 employees were able to drop what we were doing and get our first Pfizer shot an hour later as well as get scheduled for our second shots. 1 person declined, and my boss, who was unable to join us that day, got scheduled for the 1 shot J and J vaccine a week later.

For the next 2 weeks my boss went around the gym clowning on us because we got 2 shots, and calling himself the ''J&J One Shot Wonder'', and ''Captain One and Done''. This went on for a couple weeks.

Then, we get the call that one of the athletes that we had been training (mind you there was minimal mask wearing and zero social distancing going on in the gym/office) had tested positive for the 'Rona. At his time, we as a staff had been getting tested twice a week by a production crew as we were part of a documentary series being filmed at our facility. Out of the 5 of us employees, the unvaccinated one and 3 of us who got the Pfizer shots tested negative, and ''Captain One and Done'', in all of his J&J glory tested positive, 19 days after his shot.

He was forced to quarantine until he had 3 negative tests in a row. It took 2 and a half weeks to get 3 negatives. The rest of us were tested every day for the next 3 weeks.

I have had over 40 nasal swab tests in the past 6 months, all negative.

I guess what I am trying to say is that all vaccinations are not created equal. If you decide to get the shots, and I truly hope that you all do, try to get the shots with the most proven rate of efficacy.

Lastly, my boss has now been labeled ''Captain Covid'', and the NFL athlete who he caught it from, a running back for a certain AFC team, has now earned the name ''Super Spreader''.
Expand signature
''Sometimes when you bring the thunder, you get lost in the storm..''
- Kenny Powers​
Reactions: pacu mom, deeda, dogofwar and 1 other person
D

Our personal lives, unfortunately, are tied to broader decisions by people in our society.

The reason that my family and I cannot live our lives normally is that not enough people are vaccinated and many of those who aren't vaccinated also refuse to wear masks and otherwise follow guidance from our pre-eminent public health agency (the CDC.)

So why do they mistrust the CDC? Why do they attack scientists and science? Why is there such a motivated market to seek and spread misinformation? Long story short, wearing masks, taking vaccines and otherwise listening to scientists has become politicized. Simply acknowledging that politics exists is different than discussing politics. Adults can understand that.

We're in the midst of a global pandemic. The last thing that MFK should want is to be one more source of misinformation that results in needless death and suffering.

That people follow misinformation instead of the CDC places my kids at risk, places my cancer-survivor friend at risk, hurts the small businesses that my friends run and adds to the 600,000 COVID deaths and untold hospitalizations.

So get vaccinated. And listen to the CDC: https://www.cdc.gov/coronavirus/2019-ncov/index.html

My final comment on this subject. And MFK.
Reactions: jacktar, RD. and robmcd

dogofwar said:
Adults can understand that.
Click to expand...

Sure, but this thread is deviating constantly and leading down the same road that led to the TOS being updated. I am culling off misinformation by keeping this thread to the point, I am sorry that Covid impacts you and your people.

I didn't take away only your soap box, I took away the others too. Frankly I don't quite understand your response but if you want to kick off from the forum after 15 years because the discussion was closed then it's your choice. I have received complaints about this discussion, you are more than welcome to offer to discuss it in PM's with the other members involved.
Expand signature
Busy petting my orchids and watering the snake

It's just a shame the coronavirus won't go the same way as this thread.....and fizzle out, never to rear it's ugly head again.

I fully understand that certain topics simply cannot be discussed properly without going down the political route, to cover all angles as it were.

But I also understand that when we do start going down that route the situation spirals, it's happened before.