so I have a 150g 48"long x24"wide x30"tall starphire glass tank that I would like to try my hand at a planted tank. I know the depth would require significant lighting more than likely. I don't really want to use co2 and all that equipment. root tabs and substrate with leaf litter is what I was thinking to feed the plants besides the fish waste. fish stock would be a small group of curviceps and some mellow dithers.
I also think i'm going to build a shelf/ledge about 2/3 up from the bottom that i'd like to plant some shorter growing plants on closer to the light.
so are there any tall plants that might fit the bill for a beginner to live plants?
fyi i'm reading as much as I can here.
E

Vals are SUPER easy to keep, so are sags. Anubias, Swords & Crypts are also very easy.
Your issue is going to be the depth. You're going to need some impressive lights to reach the bottom of the tank. You could look into Kessil lights, they're expensive, but awesome.
Reactions: Hendre and BichirKing
B

well I've been reading and rereading this thread

Is it true when it comes to T8/T12 bulbs the WPG rule still applies? sorta. the WPG rule was developed based on these bulbs. but WPG is just a guess really. with actual PAR data available to you in this chart, there is no need to use the archaic WPG rule anymore.

www.monsterfishkeepers.com
and am only kinda starting to understand it.
i'll look into vals I know almost nothing about the plants in our hobby. I tried a planted 55g tank long ago and my plants melted and got covered in algae. looks by the lighting thread I was way over powered in lights.
E

For a "low tech" tank - you'll want around 1-2 watts per gallon. Any higher & you will be battling algae non-stop.
I buy my plants off of Aquariumplants.com
They have a good selection & are pretty reasonably priced. Most plants that are "low light" will also do well in higher light as well. Plants will melt if they were grown emersed & then you immerse them in your tank. But typically they will grow back. Also be careful if you purchase plants from places like Petco/Petsmart - most of the plants they sell are not true aquatics.
Reactions: BichirKing
B

I will look into aquariumplants.com. I was planning on buying my plants from the lfs not Petco. I rarely shop there. thanks for the quick replies!

I like the pennywort! new one to me.
Reactions: kno4te

Try aponogeton. Bulb plants tolerant of a wide range of water conditions and med to low light. They typically get big so will do well in that depth of tank. Some need to go through a dormant period. Put it in some wet sand in a small container for a few weeks. Lots of cool looking ones out there too.
Reactions: BichirKing and Backfromthedead

Most of my tanks have been low tech, and I've found species like Vallisneria, Anbius, and Cryptocorne (low light plants) work best in my situation.
And although sunlight is often frowned upon by aquarists in a general sense, it has always worked for me.
The tank below received southern sun, and used a Home Depot shop light on timer on 6-7 hours per day, no ferts, no CO2.

The tank I have today, is even more low tech, a 180 gal, same height as yours, and it doesn't use any artificial light, just around 3 hours of eastern sun in the morning, and about 2 hours of western sun in the afternoon..
To start plants after the tank was first set up I used a couple root tabs, on a sword plant, but have not added any since. 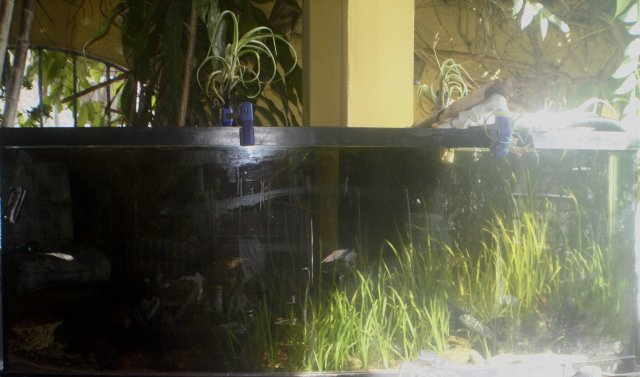 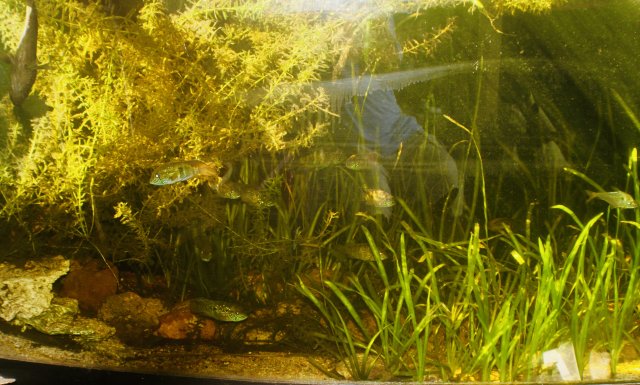 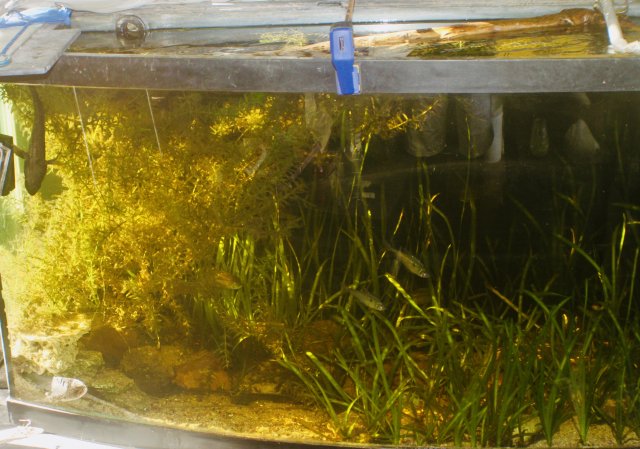 Between time, there is some ambient light but very little, and the entire tank looks like the right side of the photo above.
I tried wild Hydrocotyl from Lake Gatun(penny wort) when the tank was first set up, but it couldn't handle the lack of a full days sun.
Maybe if I'd have grabbed it from a shady location.(?) I really like its appearance, so might try again on a new tank in more direct sun. 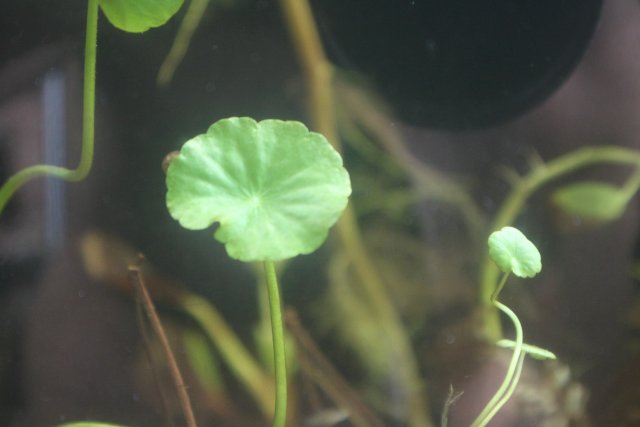 My substrate is mostly beach sand, that I no longer vac, because the Val has grown so thick, I feed fish sparingly, usually 2 days on, one off, there are 15 from 3-5" cichlids and tetras, one 8" goby.
Filtration is two sump/refugium setup, with one set in full sun to purposely grow copious amounts of algae, the other with a trickle bloc and bio media, and mechanical media. 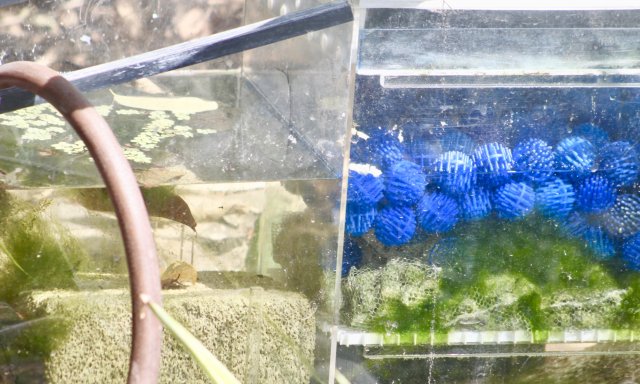 I like using higher yet, scavenging animals in sumps to help break down organanics to simpler compounds more easily used by plants and algae 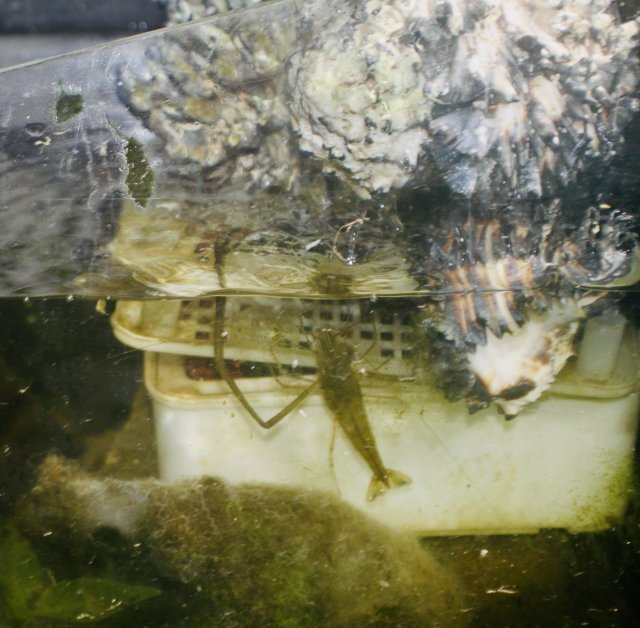 Shrimp (in my case) in the sump also eat older spent algae and uneaten fish food , or leaf litter,
Flow has been a 1200 GPH pump (can't remember for sure ?) but at the beginning of Oct I added some some small water lilies, so have significantly throttled back the flow to accommodate them, while new. 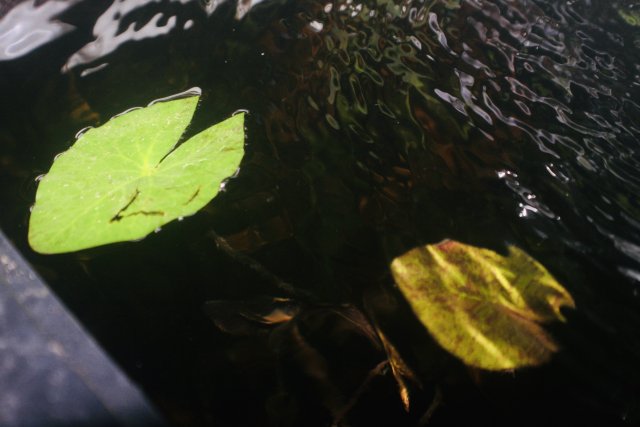 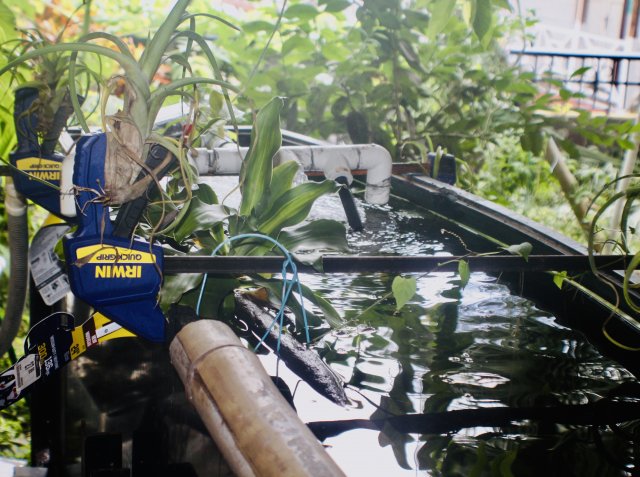 Water change schedule is a constant drip, plus extra every day water removal using old water to flush toilets, water garden, and rinse toad feces off the patio. And as you can see, terrestrial plants are used to help reduce nitrates.
Reactions: BichirKing, twentyleagues, Eclipse390 and 2 others
B

you're response is always welcome and most helpful