**This is the Official Mantilla ID thread. Please post pics of any Mantilla rays that you have. This is for ID purposes only, please do not post any comments. List size and sex of the rays you post**

Feeding Habits: P. sp. "Mantilla" tend to have good feeding habits. They usually accept live foods upon arrival, and wean to prepared foods easily. They can be aggressive feeders towards maturity.

Info: Potamotrygon sp. "Mantilla" is an unidentified stingray known for it's sporadic scribbled markings. The origin of the name 'Mantilla' came from Richard Ross, who named it after a fish distributor from Florida named Jose Mantilla. This common name is used widely for a number of unidentified species. It is believed that a specific tributary in Brazil hosts the collection zone of the true Mantilla ray. It is also believed that the true Mantilla ray obtains a smaller maximum size than it's conspecific P. Motoro. Some combination of hybridized rays will produce offspring that are amazingly similar to the pattern of a Mantilla ray, such as Henlei x Motoro. Mantilla Rays are also thought to be wild stingrays that may have been hybridized in a certain river locale, and harvested for the aquarium trade.
F

(Known Motoro/Henlei Hybrid, but unsure of %s, believe one parent was full Motoro, the other half Motoro half Henlei.)

Expand signature
They say the world was coming to an end. Well...It was by our own hand. Turned out the world kept turning, only we ended. All the evidence was there... The punishment of faith creating animosity between our brethren... The dissolution of the humanity in all cultures... The reluctance of acceptance for others... Bigotry, ignorance and narrow mindedness destroying our world... Destroying our world. - Burton C. Bell

In God We Trust

Here is a WC from Peru. She is about 8''. I am not sure she's a true Mantilla but she surely resembles.
Avishay

Nice ray you have there.
A

Thank you. She's a real beauty and grows quite fast.
O

Can he be a motoro x tigrina hybrid? 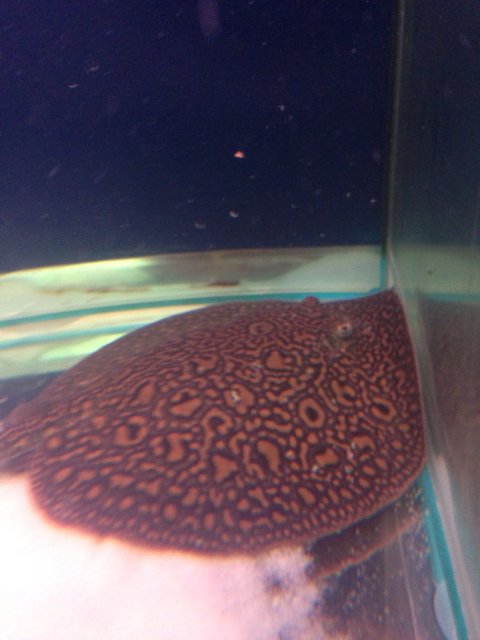 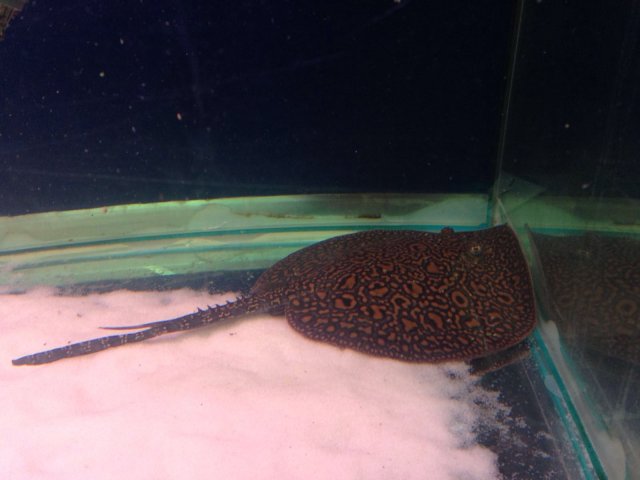