I have been tossing around the idea of making a 125gal Peacock Male only tank. Would be filtered by an FX4, and would set up circulation pumps at either end to get that flow they like to swim against. Sand substrate with several big rocks for decore.

My questions are, 1) How many would be a realistic number to get. I would be getting from the Wet Spot so would be all males for sure.

2)Catfish? Some kind of Synadonis?

The tank I may be getting has African cichlid sand in it already or comes with it at any rate, thus me thinking about this type of tank rather than another SA/CA one.

Any thing else I may need to know. City water is naturally at 7.8ph
Reactions: tlindsey

Shoot for 18-20. It'll take awhile to get the right mix, so have a plan to get rid of fish that aren't working out. Synodontis are great, just research the ones you want, some like groups while others are solitary.
Reactions: tlindsey

I would go for anywhere between 15-20 when full grown. You should start off with 25-30 juveniles so you can choose your favourites and sell off the ones you don’t like. As for synodontis I would say there a great addition, one of my favourite fish and right now I have a synodontis Valentina in mine and I plan to get more, for your tank I would recommend a group of petricola or a single feather fin or decorus but really it’s what catfish you like
Reactions: tlindsey

I'll echo 20ish...it is better to have stable ph imo than play chemist and have swings. Aaragonite or cichlid sand will help with kh. Do not go crazy with rock work with peacock/Hap imo they truly do not need it...some like flat rocks to breed but you shouldn't worry bout that.

The aggression issues that come with a male Peacock tank generally come from several factors like multiple fish of the same variant...for instance 3 different 'Jakes,' a hyper-aggressive Lwanda or Jake (but keep one in a 125 it adds personality), leaving display lights on for too long...only should have it when you are home and need the display. Ambient light is truly okay. I have also noticed that an abundance rock work can have a territorial effect like it does with keeping Tropheus colonies...but not as extreme. Lastly, having females or unknown females in the tank will cause aggression and this generally happens when you get them as juveniles. A hyper-aggressive fish might chill out when the female is removed. At the end of the day it is nothing like Mbuna or Tropheus (petros), but u still can get the random jerk fish.

With that in mind, there are two schools of thought. You can get a bunch of Juveniles which is cheaper and continually net out the females and take them back to prevent future Frankenstein fish...

or for more money you can buy them as guaranteed males and forego the painstaking process of weeding out females and prevent some that hassle that they come with.

I always go with the latter. If I did go with the juvenile route I would have l a separate 55-75 grow out tank. This is just all my opinion.

As far as Synos you could go with the Malawi variant Njassae, but there harder to find...Tanyanikan synos like multi-petricola-lucipinni if you want a group. Or a couple bigger river ones like Anjelicus, Ocellifer. My Ocellifer is out all the time and friendly with the big guys in my newer predator hap tank. The harder water in SoCal doesn't seem to bother him. He is growing huge and eats like a pig...and is out in the daylight. Angelicus are just really pretty.
Expand signature
“Those who believe in telekinetics, raise my hand.” ~ Kurt Vonnegut
Reactions: YankeeJack, tlindsey and Jexnell

Thank you all for this information. So I got the new tank, and by new I do mean new. I was planning on getting another acrylic tank, one is on Offerup. It was an African peacocks set up. Has the African Cichlid substrate in it, a few rocks, 4 power heads, stand, 6ft LED light, filtration all for 400. But they never replied......grrr, then this one shows up on Offerup. And I pounce!! 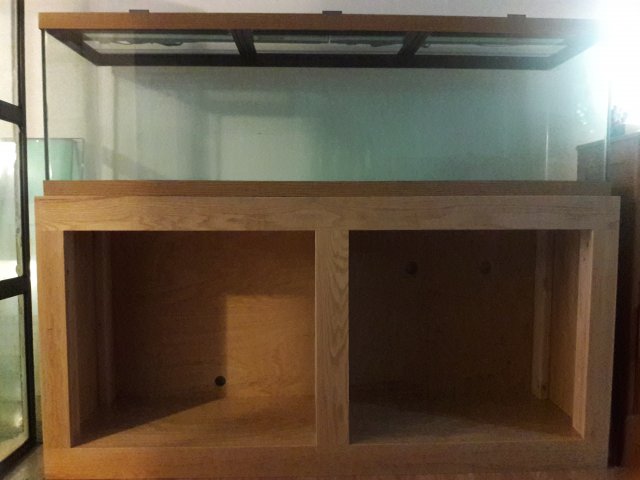 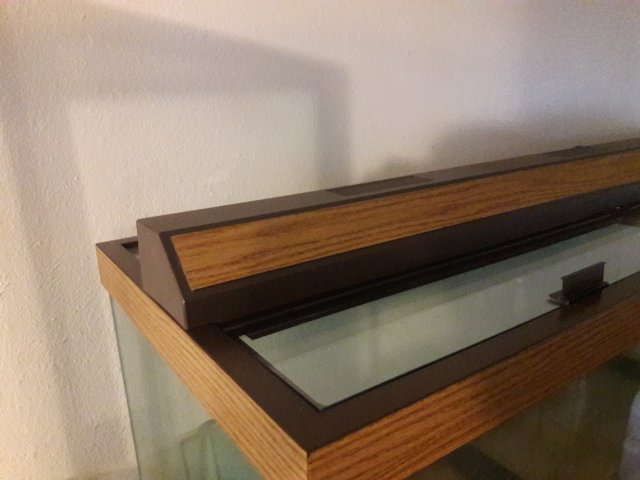 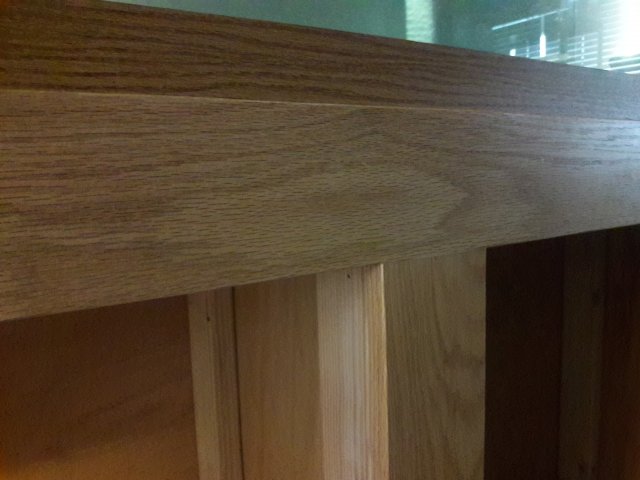 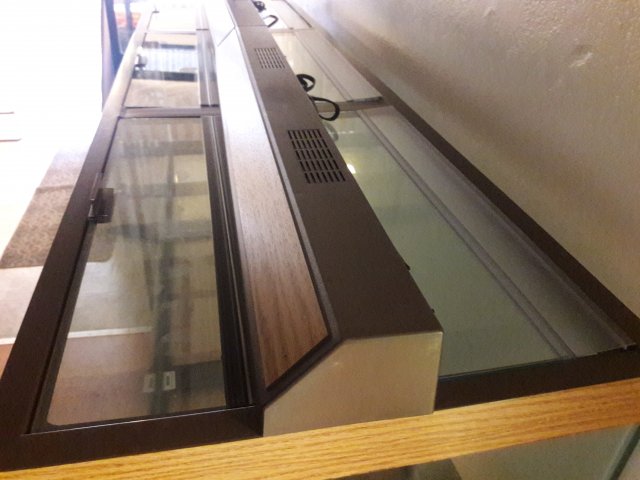 So this older couple get this thing brand new. Hubby is a retired woodworker and builds the stand strong enough to hold up a real tank you know a M-1 Abrams tank. It has 2x4/4x4 skeleton wrapped in marine grade oak plywood, with real oak on the trim pieces. The thing weights more than the tank itself by far. He said its screwed and glued together. Was about to make the doors when they then moved to a smaller house out in the country near a lake and no room for the tank now.
So I get this brand new never used tank, beautiful homemade oak stand with glass lids and two 6ft T8 light fixtures with bulbs for the same $400 bucks.
Reactions: kewpiefishypewpie, J. H., Bertie07 and 3 others

I have narrowed it down to two choices, I think.....

Since the tank didn't come with substrate I have to buy new so can do what ever tank set up I want SA/CA African cichlid. Whatever way I go it will not be running till Augest. July I will get an FX4 for it. And in August I will get the substrate, background, (power heads if I go African) and the fish.

This route I would get adult males paying more money per fish route to not have to deal with all the issues going juvenile route has. They would all come from the Wet Spot since I live a 1/2 hour drive away from it, and what a huge selection they got.

I would get fry from

YankeeJack let a pair form up and probably do a 1m 2fm JDs with Swordtails as dithers and a group of 6 Pictus cats.
Reactions: Bertie07, tlindsey and YankeeJack

Now if I go the African Cichlid tank route I would have to empty out my 55gal tank and use that as a hospital tank. There is no way I can afford 15 to 20ish $20 to $50 dollar fish at initial set up. So probably going to get like 7ish and the catfish. Then next month get some more and hospital them for at least a month also till I can add groups of 5 or more at a time to spread aggressive behavior around.

I have read they like to swim against the current so would have a powerhead at either end of the tank, left side one shooting down the front glass, right one down the back glass. Also get a single outlet instead of the dual the FX4 comes with so I can aim it's output into that same flow generated from the right side powerhead.

I would only add a few rocks down the middle. More as hides for the cats. No plants or anything like that. Get a rock ledge background, and black African cichlid sand.

I think with the background I have in mind and the black sand would make the cichlids colors pop like a magical disco ball. Tho this tank would in the long run cost me more $ due to fish stock prices.

The JD tank would be easier to set up and a lot cheaper in the long run on fish cost alone. Also I would have rare fish to sell maybe if I can get them to breed.....

Great deal on the tank! What a find! I wouldn't have been able to pass up either!