Here is whatever little footage I scraped up of our two Distichodus lusosso, ~15", ~2 years old, in 4500 gal. They often chase each other and engage in what appears as fighting but never show any bodily damage. Easy fish, like thawed fish but are quite fine with pellets too. Appear to play well with tank mates in 4500 gal. In smaller tanks they can be unpredictable and crabby as apparently all Distichodus.

They do engage in the same behavior with their equally-sized cousin D. sexfasciatum while leaving another one, that's roughly 2 feet, alone.

I got them from Toyin of Rehoboth Aquatics.

So the two lusosso had been jerks and were removed from the 4500 gal several months ago and placed in one of the 240 gal tanks with other jerks. For a month or so, the dominant one had not been too bad on the submissive one, which didn't have so much room to run away anymore but that changed over one night when extensive damage was done. About a tenth to a fifth of the submissive lusosso's scales were pulled out. So had to separate. The victim has been recovering well. Eating well too.

lol this family of fish love to pester others

Lusosso is a nightmarish tank mate. The submissive guy has been tampering with the 4-line catfish for a while. Today morning I've found it bit off the dorsal leading ray off of Pimelodus tetramerus and most of the upper tail lobe of the better-spotted 4-line.

It's been biting the catfish in other places too. It appears to not bothered the tig, the gulpers, nor the synodontis. Only 4-lines. For now.

Anyhow, I have had enough and tried to place it back in the "jerk" 240 gal but its brother wasted no time, literally, to start pulling out its scales.

So I decided to try the 4500 gal, not the one it came from, but the other one with all the brutes. It's been faring well for most of the day in that 4500 gal, avoiding all the inquisitive and predatory attempts and, of course, when I left the fish room satisfied for a hour or two, it decided it'd be a good time to get stuck on the overflow drain - a 4" open pipe. Apparently it couldn't free itself. The suction is very strong. It would look like this is what killed it or the stress of it - it died some time later after I freed it and made and placed a screen on the overflow drain pipe.

The big round bloody spot is from the overflow drain suction.

The final measurement is 15".

I should have fashioned and installed the screen for the pipe before placing the lusosso in that 4500 gal. Pretty obvious in retrospect. Plus installing the screen has been on my laundry list a while. 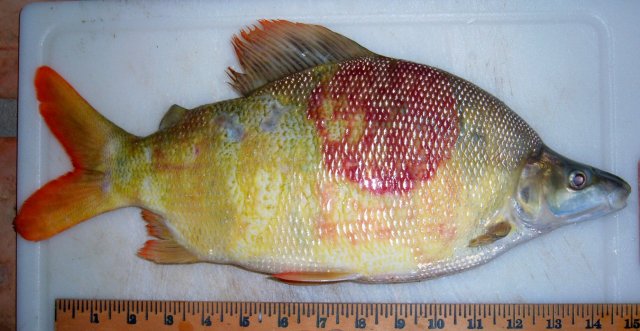 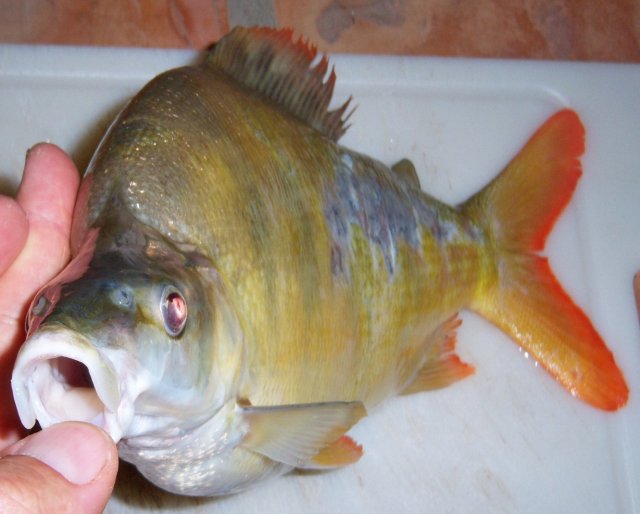 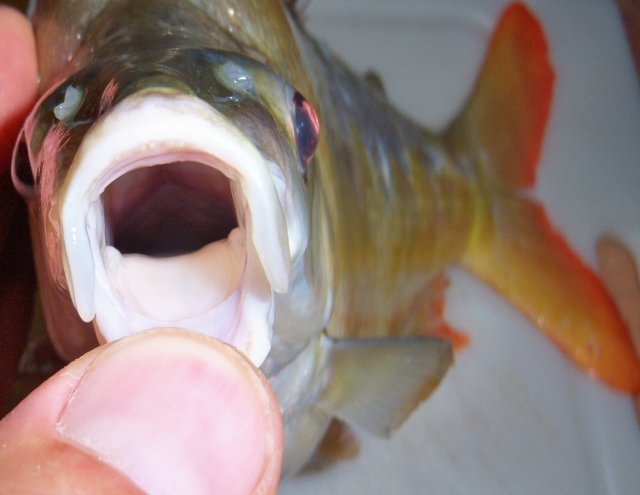 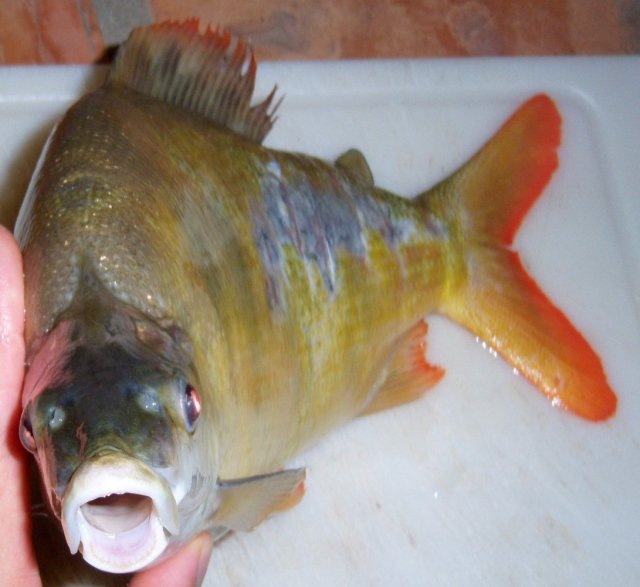 That's a big hickey lol jk. Sucks to see yet another loss. I think it was already weak from the beating

Yeah, hickey is a good description.

The beating it took was a few months back. It had fully recovered since then in terms of strength and was growing the scales back on the bald spots. The bald spots were 100% clean and healthy.
Expand signature
Our website www.fish-story.com
Our DIY Public Aquarium build http://www.planetcatfish.com/forum/viewtopic.php?f=4&t=33968
Vids & pics on MFK http://www.monsterfishkeepers.com/f...scue-naples-fl-two-4500-gal-13x13x4-5.603969/
Our databases on MFK http://www.monsterfishkeepers.com/f...ting-f-w-fish-by-continent-and-family.660258/

Oh alright then so that's a very strong intake. Which I'm sure is needed with the size of the tank and fish

Shame dude, one less jerk tho eek.
Expand signature
hemichromis, parachromis, hemibagrus, batrochoglanis, paratheraps, amphilophus ect ect...
All in my head but I cant remember who was in the film I watched yesterday!-)

Update on the survivor: