Two Indo-Pacific tarpon, ~15", ~3 years old, in 4500 gal. I got 5 of them at 2"-3" from John at Aquarium and Reef Center in Cape Coral, FL. When they were small, they displayed a kind of flexibility that I think I have never seen in any other fish. It was as if they had no backbone, extremely agile and flexible and graceful they were in a 1500 gal pond for the first year of their life with me.

Two of them failed to convert to the non-live foods I was offering, despite having tried about 20 different kinds literally. One, by far the biggest, was rehomed into a 4500 gal very early on but then I had problems in there and miscalculated a medication dose. Thus, I am left with just two.

They grow slowly. At this rate, I'll have to live to over 100 years old to see them hit 3' Amazingly they prefer my cheap catfish farm pellets (and other pellets that are offered less frequently like NLS and Hikari) to any kind of thawed fish, etc. In the 3 years I've had them, it was only this week that I saw one briefly chase the other. Until then I only saw them in total harmony with each other and their tank mates.

comments:
1)Love the fish, congrats on having the worst title thread in MFK history...lol

Thanks. Yeah beasts who snub fish and only want pellet, haha... Although ever since I got them they have always been offered both...

They had been hard for me at the beginning to get to accept any of my foods though, to the extent that I lost 2 of them I think likely to starvation despite having been offering about 15-20 different food kinds. One, the biggest, was killed by a wrong dosage of Trichlorfon about 2 years ago. So currently 2 for 5.
Expand signature
Our website www.fish-story.com
Our DIY Public Aquarium build http://www.planetcatfish.com/forum/viewtopic.php?f=4&t=33968
Vids & pics on MFK http://www.monsterfishkeepers.com/f...scue-naples-fl-two-4500-gal-13x13x4-5.603969/
Our databases on MFK http://www.monsterfishkeepers.com/f...ting-f-w-fish-by-continent-and-family.660258/

IDK exactly what happened. They had been tattered before through the years, presumably by VATF, but always came out well, just some scales missing and a split fin here or there. Tolerable I thought. Always fed well too on pellets; never took the fish. This guy was not so lucky this time. It appeared to have started little by little, so I hadn't thought much of it and forgot to keep checking for a few days, after which it was all but too late.

It reached 1.5', the purported max size in freshwater. It reached it long time ago, about 2 years ago. The last 4 years it has been in the 4500 gal. 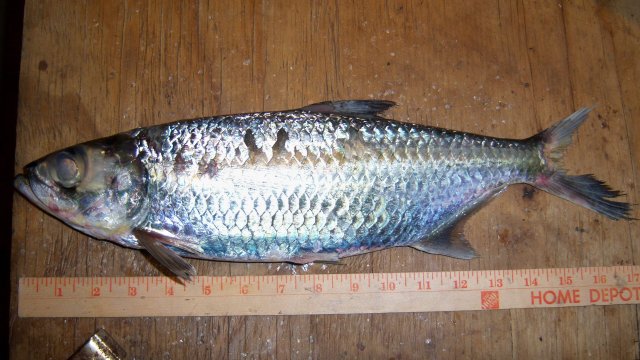 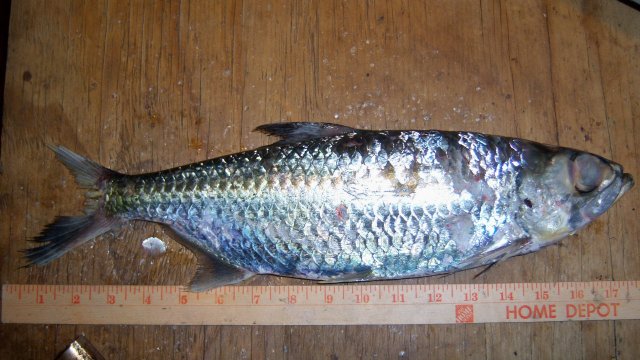 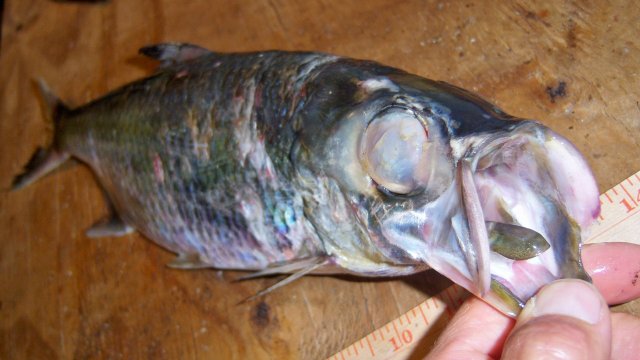 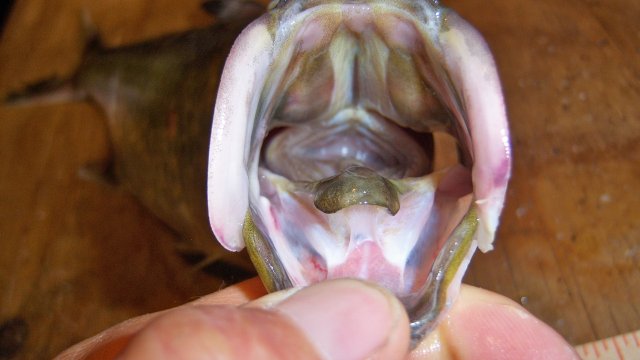 Since there is only one left, its brother from the original batch of 5, and IDK what and why happened with the one above, I transferred it from the 4500 gal into the 25,000 gal carp pond:

Almost 3 years passed. The one surviving tarpon has been doing well in the 25K. Not growing though or if it is, it is unnoticeable. Still looks like ~20" give or take. Likes pellets and even saw it take smaller fish like 3" glass minnows. Shuns bigger fish or pieces still.

We got 3 more from Predatory Fins at ~2"-3". Rod was feeding them krill, bloodworms, cut shrimp, and pellets. Two of the three took to pellets wells but one wouldn't take pellets for a week, so we offered minced silverside and that was accepted. All 3 strongly prefer fish to pellets, either NLS sinking or Hikari floating sticks.

The three tarpons have done well so far. When they first came, I tried to get them to take NLS pellets, Hikari sticks, koi pellets, etc. because Rodrigo told me they took pellets, shrimp and bloodworms at his shop. Two of 3 took some pellets rather inefficiently and reluctantly and one was stubborn and was wasting away refusing to feed for a week. It took pellets on a very rare occasion but apparently spit them out either right away or later. It was going rather die. So I started offering cut silversides and little by little all started feeding better and the weak feeder turned around, and later they even started to take some pellets as well along with cut up silversides and glass minnows.

After a month of very heavy feeding, the tarpons grew from 2" to 8" (2x) and 9" (1x). I didn't intend this, it just happened. I couldn't take it anymore, because Chinese Hi Fin sharks weren't feeding properly, so I had to transfer them into a neighboring 240 gal.

The trio has been doing well in the new 240 gal: