I'm sure this has been posted a million times but I have a fire eel and have had him for about 2 years and he's grown significantly but I still can't get him to eat anything but blood worms and live ghost shrimp, I'm trying to breed my own shrimp but that's not going great and I don't really trust store bought shrimp, I am also ashamed of having to feed him nothing but bloodworms he refuses all kinds of frozen shrimp, pellet, flake, beef heart krill, mysis and everything any ideas on how to get him to eat frozen shrimp? He just swims up to my hand with the shrimp and actively searches around it for blood worms and then leaves when he realizes I don't have his candy
And question number two his favorite hide is a fake drift wood and he gets these small white spots I assume from scraping on it that heal within a day? Should I take the hide out and sand it down and put it back? Take it out and leave it out? Or just make sure it doesn't get infected? Thanks for any help 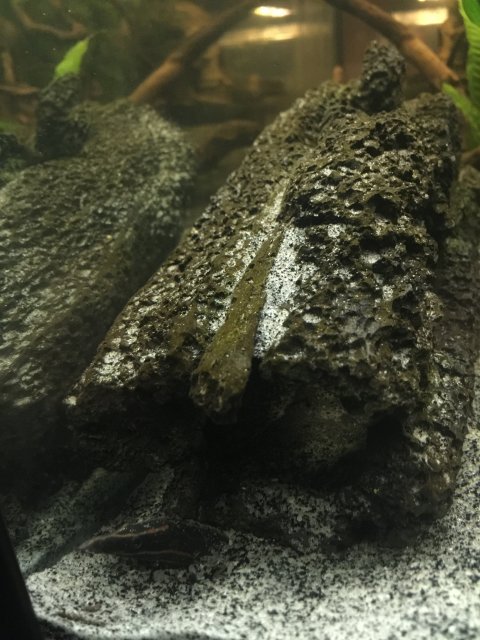 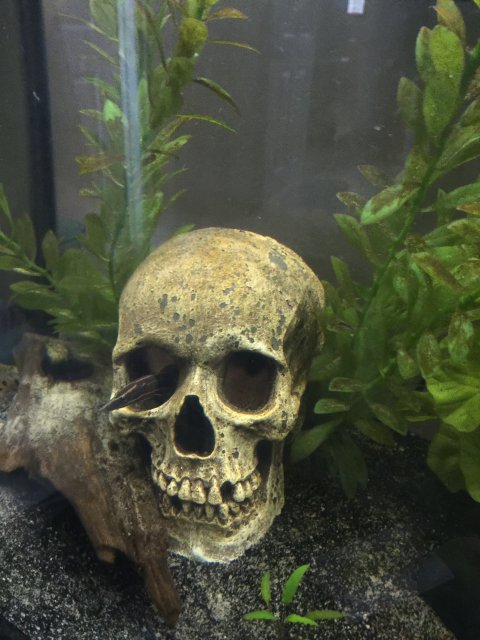 Cute little fellow. Mine took a while to break, but I started him young. I can't see your eels main body, but if he's got some meat on him, you shouldn't be too worried about starving him for a while. I imagine with your eels diet he might be a bit skinnier than my glutinous fire eel, but as long as he's healthy a little starving won't kill him.

The biggest issue with my eel is the size of the pieces I cut. He was in a tank where everyone was casually chomping down on 1/2 to 1/3 shrimp chunks. I had to make sure the pieces I cut for him were small enough to be easily taken. My eel is probably a smidge over 2' long now, very thick, but still has to have his food cut into little princess bites.
Expand signature
180 Bowfront - darkside take (FOWLR) - cycling
180 - Midas and WC Sunfish
144 - happy community w/ 18" SA Lungfish
T

Haha that's funny he's about 6-7 inches long he had a weird growth spurt a month or two back and got a lot thicker after I started feeding him live shrimps more often but I'm always scared of parasites they can carry is there another staple food they enjoy that is safe? Here's his weirdo tank mate that will literally eat anything 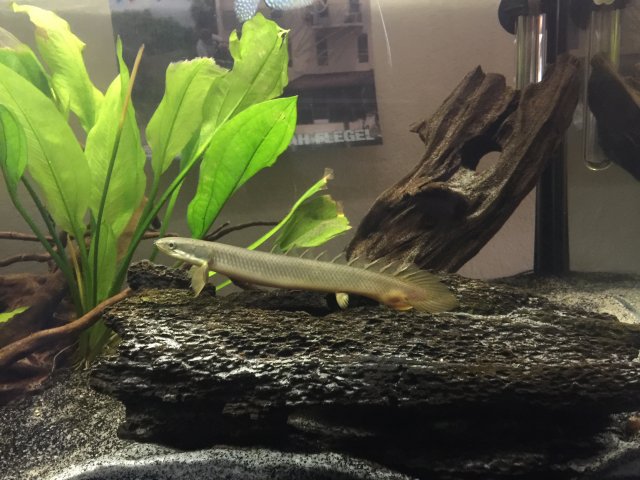 Love bichirs! If you start feeding small pieces of shrimp and tilapia, the hopefully the eel will see the bichir eating them and that could help speed up the breaking process. A teacher fish always helps.

I remember when my sen. was small and cute.... now he's kind of a fat mess, but he's still my favorite fish. He's actually the reason I came to MFK all those years ago, and I still have him today!
Expand signature
180 Bowfront - darkside take (FOWLR) - cycling
180 - Midas and WC Sunfish
144 - happy community w/ 18" SA Lungfish
T

Haha awesome I love bichirs too I have a delhizi that's a picky eater too he has his little hole in a corner he loves and I have to drop shrimp pellets on his head and he waits for them to get soggy before he eats them cute guy though! Yeah I'll try holding out on some food for a while and then try tilapi bits I think the eel might have eaten a small piece once a while back so it's worth a try to add that to his diet, thank you! 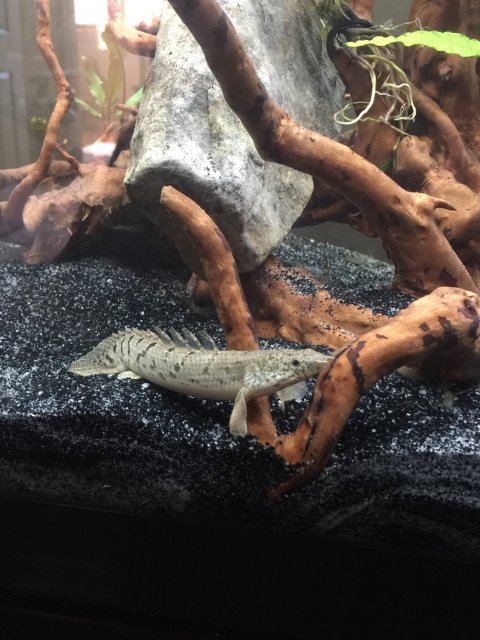 My fire eel is about 2 years old and I have had him about a year and a half. I am guessing at his age since I got him at about 6 inches and he is something like 14 or 15 inches now. I will say the fire eel is the pickiest eater out of everything in my tank. One thing you can try to do is let the blood worms thaw a bit, then mix in some other types of frozen foods (myasis shrimp, etc.) And by accident he will gobble the food he hasn't had. I got some stuff that I called fish sausages, but was basically ground up all sorts of stuff packed into a bloodworm like shape only a bit fatter and shorter and grey not red). He accidently ate some when it was near his blood worms and then decided he didn't mind what kind of frozen food he got. About 8 months ago I started getting red wigglers, he at one or 2 and then decided he didn't like those as much, but now he is accepting chunks of frozen shrimp that I get at the local Vietnamese store. It is the strangest thing, he used to ignore shrimp chunks completely, but one day decided he loved it and gobbled up an entire feeding of shrimp chunks by himself.

One thing I have to ask, does your fire eel still burrow in substrate? Mine did the first few months I had him, but then I got a giant rock cave system and he just hangs out in there when he isn't begging for food. Is it normal for fire eels to cease burrowing as they get older?

I built a 3d background in my aquarium that has pvc tubing along the width of a 125 gallon, and then holes cut in the pipe. Then I spray foamed the entire thing, I wanted the eels (fire, ornate and lapradei bichir, ghost knife) to have ample places to hide. I then got small gravel instead of sand, I mainly got tired of sucking sand up when I vacuumed the substrate, I wanted something a tad heavier. But maybe with a big open space he will want to burrow again?
T

Yes and no he does t really burrow per say he just ends up moving the sand around under his little log that he made a small cave under but during feeding time and at night he's all over the tank being all crazy and y ah I might try thawing and refreeZing bloodworms with other food into a cube or just dumping two different kinds of food in at once like you said, I mean he's not skinny by any means just I worry about the nutritional value of just bloodworms

What size tank is your eel in atm, and how big was he when you first got him???

As for the feeding, try moving up the ladder and buy some frozen market prawns from the supermarket, defrost a piece or two, cut it up so its long and slender enough for your eel to eat (sort of mimicking the shape of a worm) and get a pair of long tweezers or maybe a wood skewer and sort of wave it front of your eel...

He's in a 55 right now will be moving into a 150 gallon and he was like 3 inches when I bought him I've had him for about 2 years, he likes to eat out of my hands but will run around a search for food on the ground as well I will have to try the stringy shrimp maybe mix it into the blood worms?

If hes already hand feeding, then just chop the market prawns up small enough for him to eat, then hopefully with patience, he should accept other foods as well as the shrimp...