I saw these guys at my Lfs, red aureum cichlid, they seem like firemouths but more colorful.

These guys would work too...thorichthys maculipinnis. Stay a bit smaller than firemouths. I have a group of 6 in my 75. Nice fish and easy to breed. 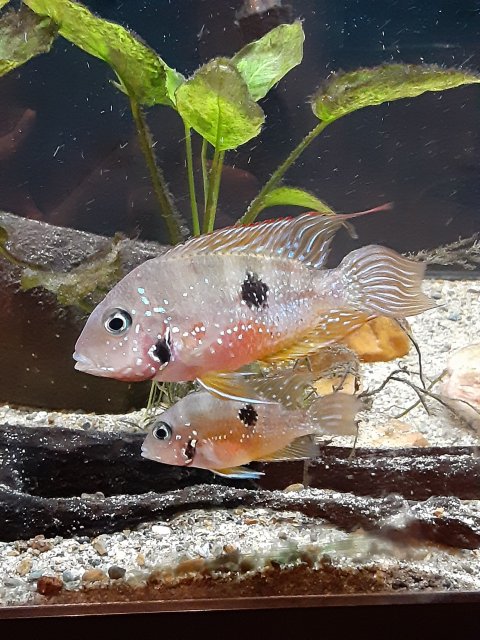 Fish_on_the_Brain24 said:
40 seems a little tight for even Blue acara. I had a breeding pair that were 5-6" long. They are a pretty active species and I would think that they would appreciate a bit more swimming space. Kribensis or Apistgramma species would be pretty and better suit your tank. Cory cats and tetra species can also be housed with kribs or apisto.
Click to expand...

I agree and think these are the most suitable of all the fish mentioned so far.
I would o ly consider true dwarf species from west Africa or south America for a tank that small.
The only c/a fish I would consider are rainbow cichlids but I think they could also do with a little more space.
Reactions: twentyleagues

They stay smaller than your normal Convict males around 4in, have a lot smaller spawns if you let them breed, around 50 or so instead of hundreds.
Mine didn't mess with plants unless they decided to spawn right next to it. They also really don't bother non cichlids. Mine have been housed with Tetras, Bushynose pleco, Roseline sharks, Plattys, Swordtails, various catfish and never had them hurt the other fish. They will defend fry, but only chase a short way then return quickly to the spawn. 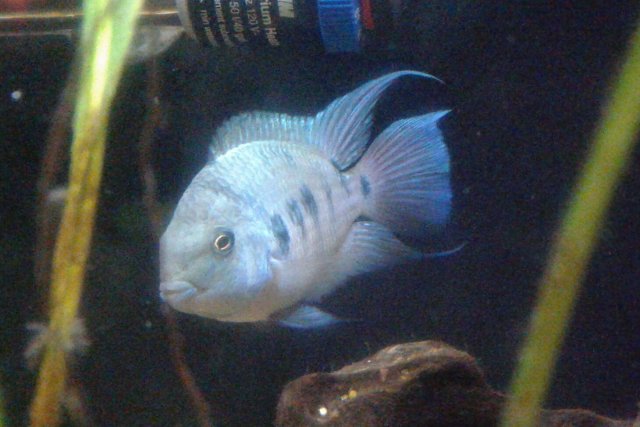