First off: it's been, oh, about two thousand years since I posted here, and I've missed you.

Second, I was super excited to walk into the LFS the other day and spot a 7" lap sitting on the bottom of the oddball tank. He was labeled P. palmas, and priced at $75, so I got him for a steal. I love laps, and have been seriously missing our previous one (who died this past Thanksgiving during a power outage while we were out of town).

Anyway, I'm pretty sure this is a straightforward P. bichir lapradei, but I wanted to get your opinions. He's still settling in, so he's a bit pale, but I think there's enough patterning here to clearly ID him.

There are some mottled spots on the flanks leading towards the caudal fin, and his dorsal finlets are REALLY tall, so I'm thinking he could be a variant of some sort. I don't think he's quite mottled enough to be Polypterus bichir, but then again I don't think I've ever seen P. bichir in person, so I'm not entirely sure.

Apologies for the crappy pic; I'll try to get a better one soon, with a DSLR. 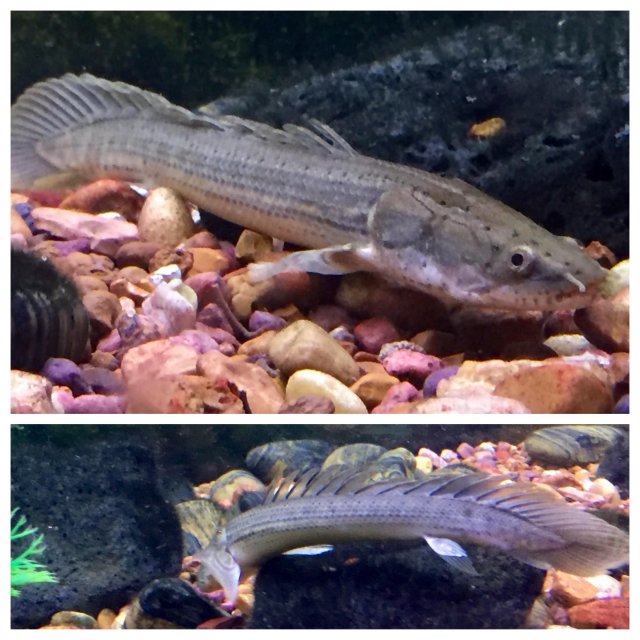 Expand signature
All flowers, in time, bend towards the sun.
---Jeff Buckley
H

That's what I thought! Thanks, guys.