I have a 53 gallon tank with one pumpkinseed and one bluegill, both taken from the same pond at the same time, about 3 weeks ago. Tank is cycled and has been running for 6+ weeks using the fishless cycling process; my ammonia and nitrites have been 0ppm for 2+ weeks, while nitrates are generally 5ppm or less. No fish existed in this tank prior to these two.

The bluegill came home with a white worm-like parasite attached to it's pectoral fin, about a half inch long. I was going to try and get him out of the tank and remove it with tweezers, but put it off a few days and then it was gone. The pumpkinseed looked clean from the start. Fast forward 3 weeks today and now I'm seeing multiple white hair-like worms on both fish, mostly on fins but the pumpkinseed also has a couple attached to the body. I've been googling a lot and can't quite figure out what these are. They don't appear to be anchor worms because I don't see a Y shaped body, but maybe that's more microscopic. I can't tell if they're skin flukes either. I want to get these identified quickly so I can treat it with the appropriate medication. I appreciate the help, and would also appreciate recommendations for medication. I don't have any other fish, snails, or shrimp. Just a bunch of Anacharis and a few Anubia plants. Please see attached photos for reference. 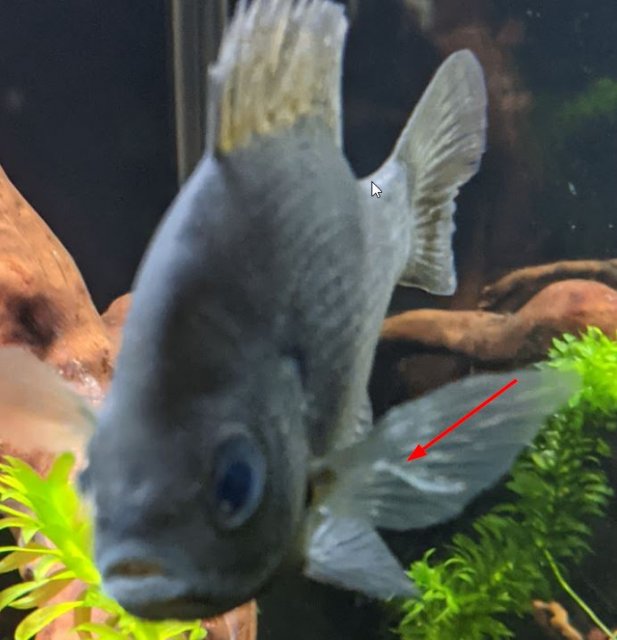 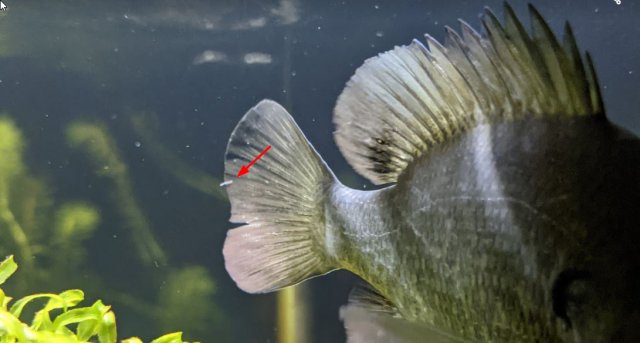 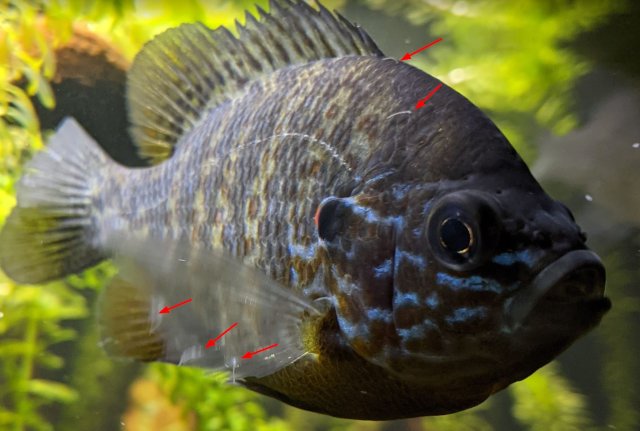 I'm treating them with a salt bath in the aquarium now. I did a 10% water change last night and added 18 Tbsp of aquarium salt (1 Tbsp per 3 gallons).

kno4te said:
Look a bit thin for body flukes. Doesn’t look like anchor worm either. Can treat with prazipro and remove for now in the meantime.
Click to expand...

xenacanth9 said:
+1
Still COULD be flukes but yeah
Click to expand...

hywaydave said:
prazipro hasn't helped at all.
Click to expand...