What species of fish is this!?

Ah this is Aus! Definitely a rainbow I think

Check out my website
Listen to my podcast
You can read my polypterus article here
Reactions: Bigfishnut
J

Oh sorry hahah should've mentioned that im in Australia. Although it wasn't caught, it was purchased from a pet store I believe
J

Hendre said:
Ah this is Aus! Definitely a rainbow I think

(Silly me tried looking at American natives)
Click to expand...

Oh awesome, I'll do a google search a see if this is the fish. Thanks heaps
J

duanes said:
They look like Melotaenia fluvialatillis (the Murry River Rainbow) or one of their sister species.
Click to expand...

Hmm just looked it up, and I don't think they are a species of rainbow, they don't have the right body shape to me. And also they don't always have that blue shine, it only shines blue in certain light.
J 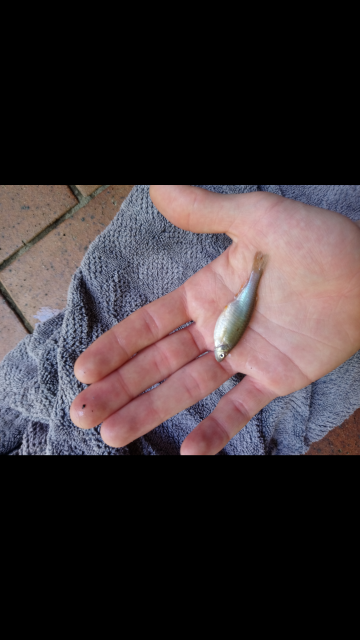 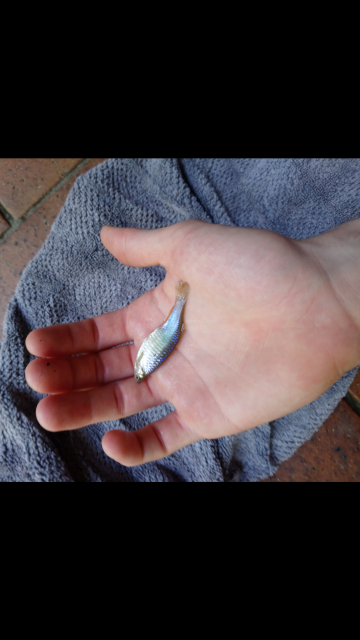 Looks more like a danio or minnow now that you mention it.
J

L3CTR0N said:
Looks more like a danio or minnow now that you mention it.
Click to expand...

Yeah that's what I was thinking
J

I keep M. Fluvialatlis, and they don't look like this, this fish's belly is too thick, mine don't have that bulge in the back, and it's caudal fin is rounded while mine have pointed tips, also mine aren't so blue, but I know better than to argue with

duanes
Every rainbow I've ever had only showed color when it was happy and the light hit it the right way. I don't think they have color, they're just iridescent. If it has 2 large dorsal fins it is either a rainbow or a danio, minnows only have one, and characins have that tiny adipose fin. I think it's a rainbow, even though I only see one dorsal fin.
Expand signature
This world will end when cyclists obey traffic laws.
Coffeepot Dovii Keeper
Ich bin ein Schneeflocke.
You must log in or register to reply here.
Share:
Facebook Twitter Reddit Pinterest Tumblr WhatsApp Email Link
Top Bottom