I’ve noticed my albino Senegal with a few bloody finlets the past 2 times I’ve done a water change. I change about 75% of the water every 4ish days. None of the other polys or fish show open wounds. Wondering if the bloody finlets is from aggression (he’s the smallest poly) or potentially from putting PRIME directly in the tank,etc. IDK if his swimming in the area where I poured PRIME would cause burns etc. Any help would be appreciated. He’s acting normal, but want to try to figure out what’s happening. Thank you. 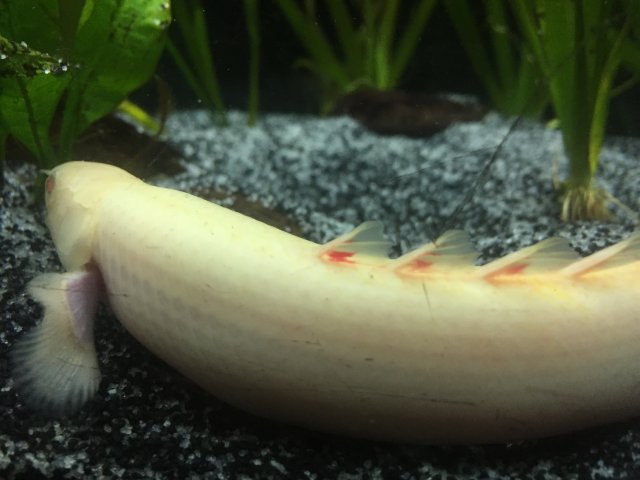 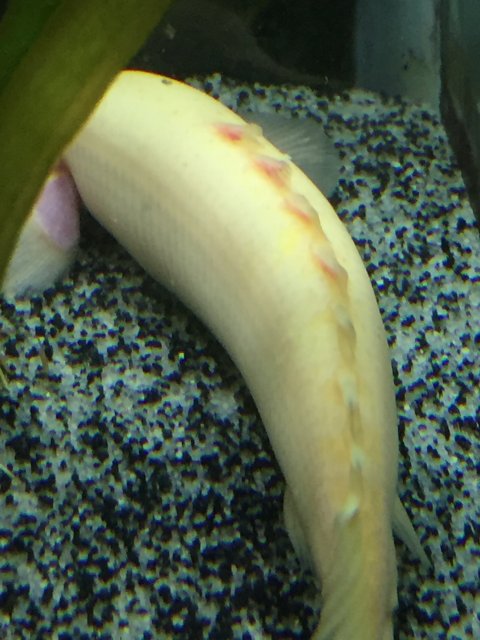 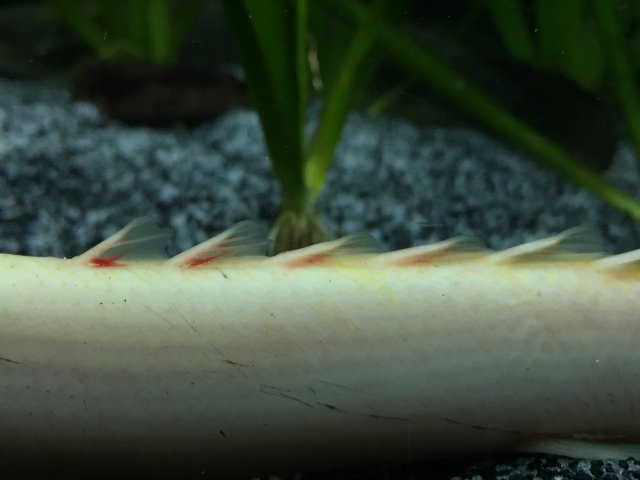 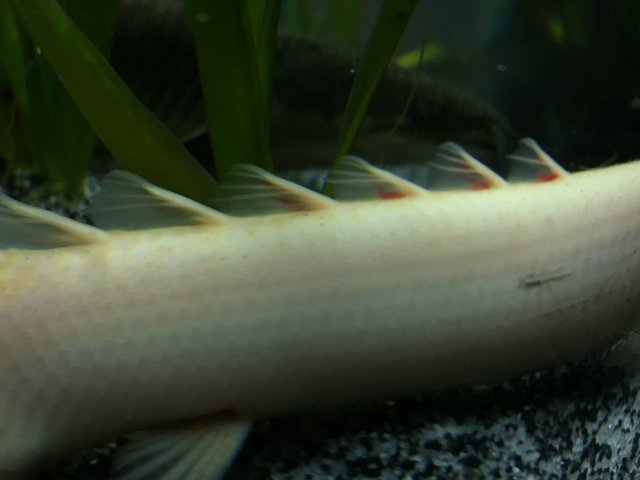 Doesn't look like it was attacked because the finlets would be torn imo.
Reactions: clm08k, magpie and Polyaddict86

Fins go pink if there is chlorine in the water. Maybe the Prime isn't mixed so well? Albinos tend to be delicate, and the colorless skin would show the pinkness best.
Just a shot in the dark.
This world will end when cyclists obey traffic laws.
Coffeepot Dovii Keeper
Ich bin ein Schneeflocke.
Reactions: clm08k, Go_redfish, Vancouver_98683 and 1 other person

Hmmmm..... likely not due to a waterchange, prime, or water conditions. Heavy breathing or the eyes would be first to be affected. Believe it to be bumping and grinding into things or some ‘Wrastlin’ amongst one another.

I honestly dont know. I doubt its aggression or an injury being that the finlets are intact. Dont think prime could do that as well. Any other red streaks near the fins ?

Has your area been hit with a big storm lately? Possibly increasing the amount of chlorine in the tap water ?

RD.
Beware that, when fighting monsters, you yourself do not become a monster... for when you gaze long into the abyss. The abyss gazes also into you ■-Friedrich Nietzsche

Sorry, I have no idea.
He who dares not offend cannot be honest. - Thomas Paine
Reactions: clm08k

Is it only the finlets? What about tail pectoral fin?
Reactions: clm08k

I think it bumped its back into the tank. It looks like fresh blood. Not like septicemia. Would watch it’s behavior as long it’s acting normal.
125g -polys, wood cats, pike cichlids, m-dayi, Gymnotus, and bushfish.
Reactions: clm08k, twentyleagues, jordanlewis100 and 1 other person

Thanks everyone for responding so quickly!

The albino is behaving as normal . occasionslly, it has a bloody pec fin near the veins. Im guessing that’s from aggression, as he’s had one bitten off before.Yesterday, he had a small bloody dot on its face. From who knows what. I’ll get a pic of it later. Idk if they are running into stuff or what. My del also appears to have sliced her throat and now had a skin flap? Da heck are these fish doing or what is causing this?

How could I better mix the prime into the tap? Currently I’m using a python and pouring the tap + prime capful into the tank. I would prefer not to lift pre-mixed 5g buckets into the tank.
Unofficial Fish of the Week Artwork:
https://www.monsterfishkeepers.com/...f-the-week-artwork.694383/page-2#post-7845848
You must log in or register to reply here.
Share:
Facebook Twitter Reddit Pinterest Tumblr WhatsApp Email Link
Top Bottom