The disaster struck.
I added meds to the whole fishroomto treat for intestinal parasites and worms. During the night the filter outlet was knocked by a fish of moved down just enough to stop breaking the surface of the water and keep it highly oxygenated. Sadly, ALL the fish died.

I came to the conclusion it was suffocation as every other tank was fine. Even the some of the smaller tanks which I dosed slightly higher than prescribed, were fine and I can see the treatment has helped.

I have cleaned and refilled the tank. The rotting fish, mainly rhinogobius, stuck between the rockwork has slowly been rotting away. This has had a positive effect on the growth of aufwuch/periphyton as this was all but eaten.

I have new plans for the tank. Along the same theme but a little different.
I will keep it as hillstream/fast current tank.
This is one of three tanks I play with and don't try breed something. So I want something more "interesting" to me for now.
This 75g will be a more aggressive flow tank. I have re-added the Sicyopterus Japonicus. I have also added 5 anostomus ternetzi. I will look at slowly restocking with fish that get about 4-5" and like high flow.
The 55g above this will become a paludarium with more passive rheophilic species
Click to expand...

Sorry for your loss.
Reactions: cockroach and Nilsafeller

I liked reading this journal. Sorry about the ending though.
Expand signature
Save the Aye-Aye

Don't ever forget who you are.
Reactions: cockroach

Proteus said:
I liked reading this journal. Sorry about the ending though.
Click to expand...

Every end is a new beginning. I am super happy I did the tank. Now to see what else can be done with it.
Reactions: DrownedFishonFire and Zanzag

How the tank looks now. I am looking to add more loach species as time goes on but it is a much more active setup than the paludarium stream tank I made. 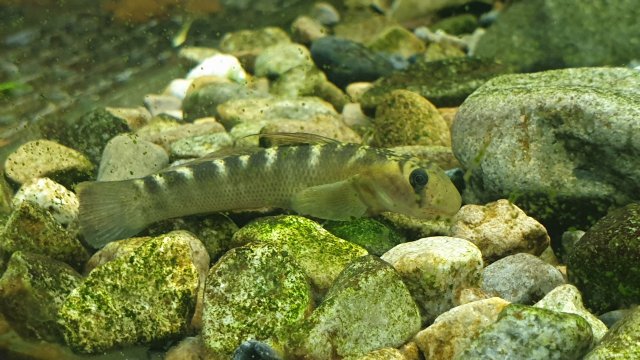 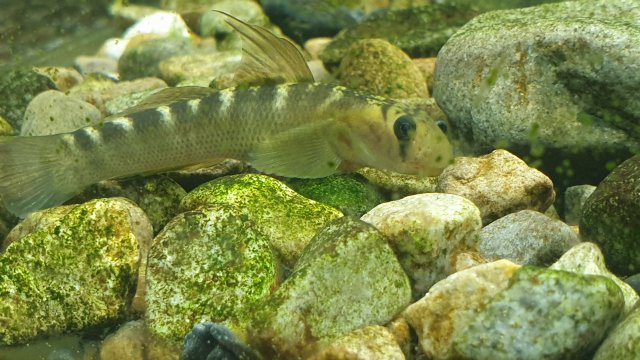 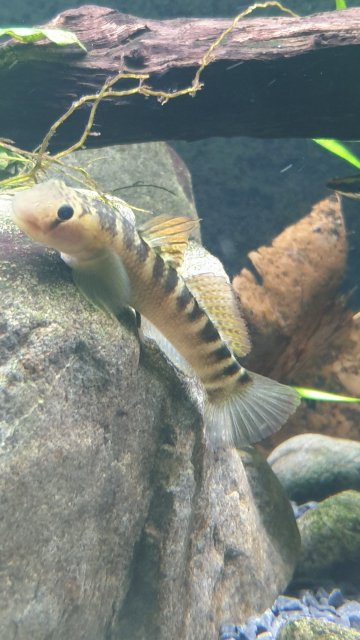 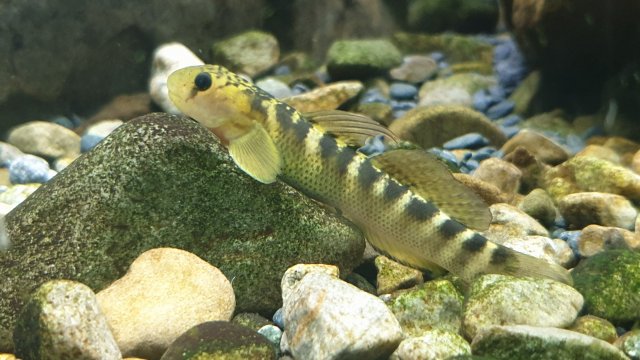 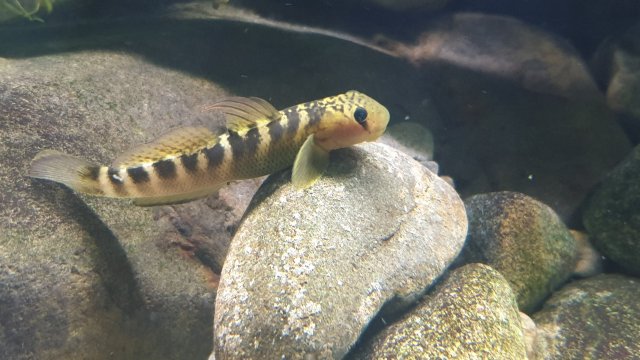 Decided to add some plants for the more vegetarian fish to nibble on and I like how val flows in the current. 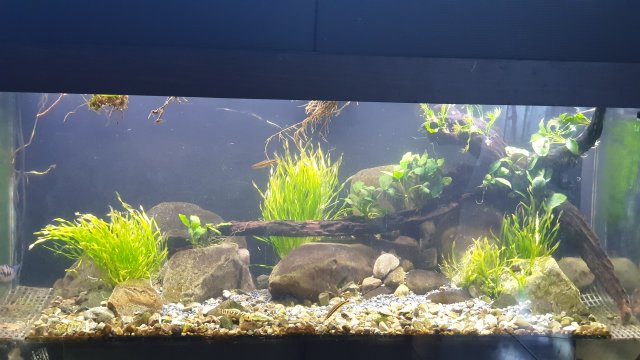 Pretty sure it is the convict but think the anostomus are guilty as sin as well. You can see how they are systematically devouring the val. 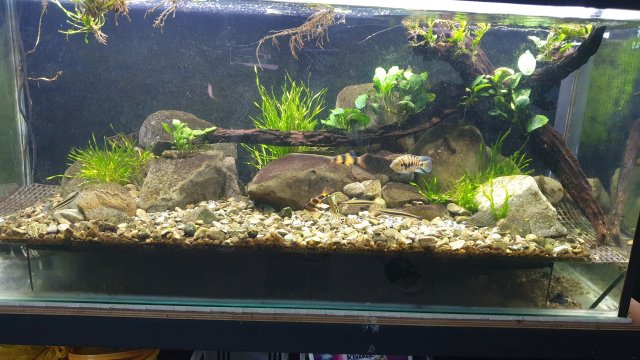 The anostomus are starting to really act interesting. Tera behavior but in a much larger fish.
It resembles courting behavior especially after big water changes. But I have read no breeding reports and recorded thus far. I want to up the group to 10. I found a few last week but was not able to get them.
Here is a video of the tank.
I LOVE red tailed black sharks and finally after 16 years saw them for sale for the first time in Taiwan. Had to get one.

A few shots from this evening

Looking to install the new circulation pump this weekend perhaps. 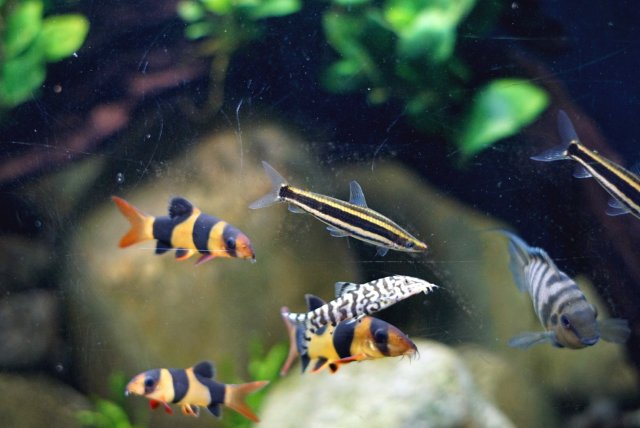 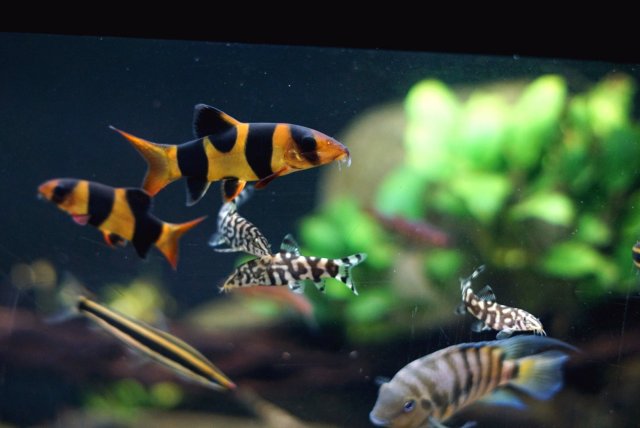 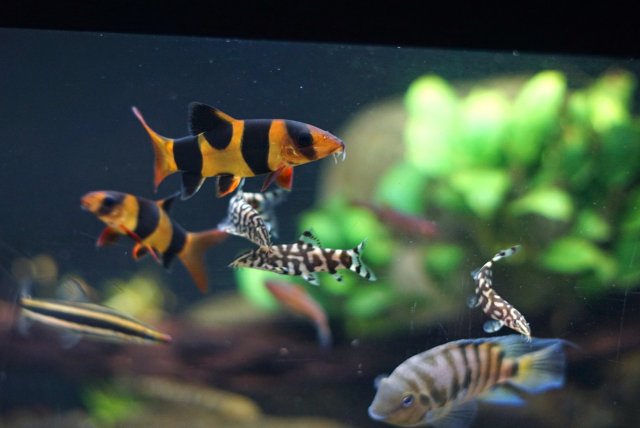 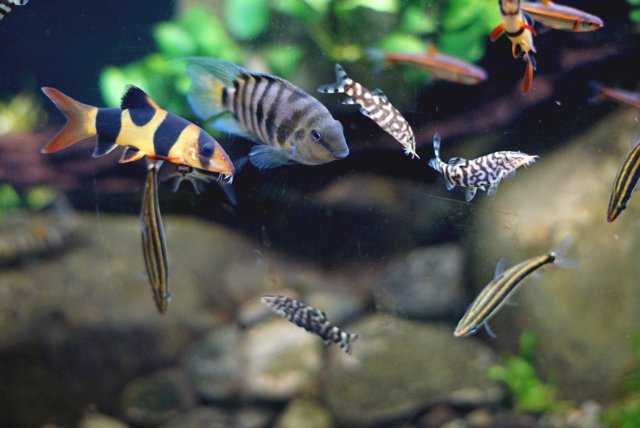 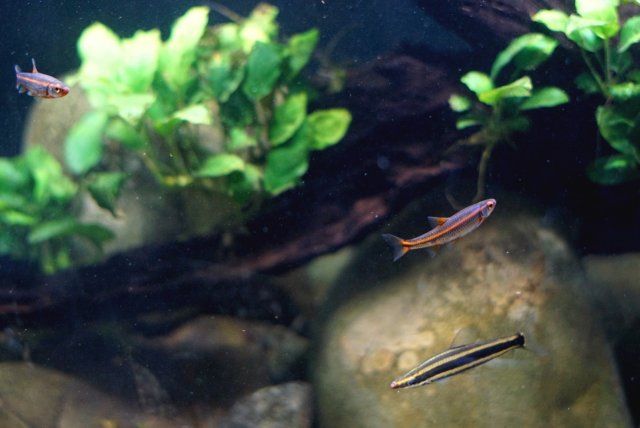 The fish in this tank are veracious herbivores. So, when ever we buy veg they get some too. This stops them going after the soft new anubias leaves and damaging them.
The loaches love the greens but the anostomus dine out on them and eat just about everything. They shredded this whole bok choy down in 36hrs. 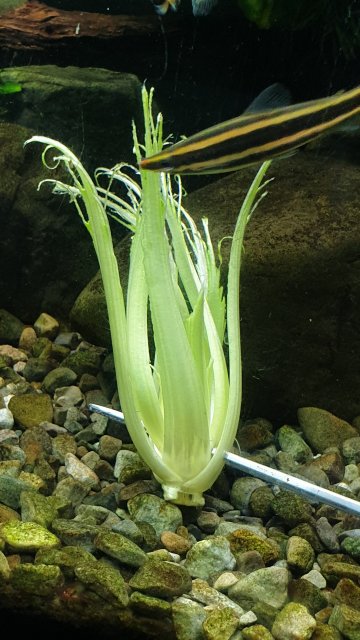 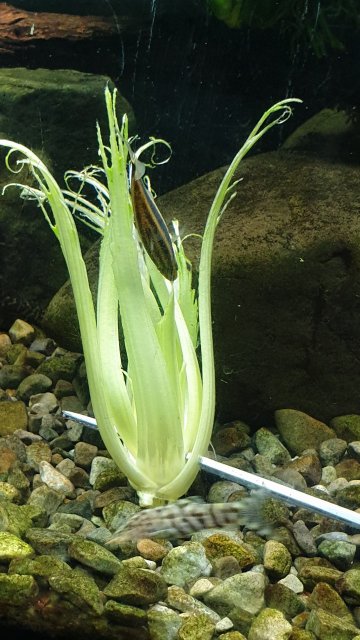 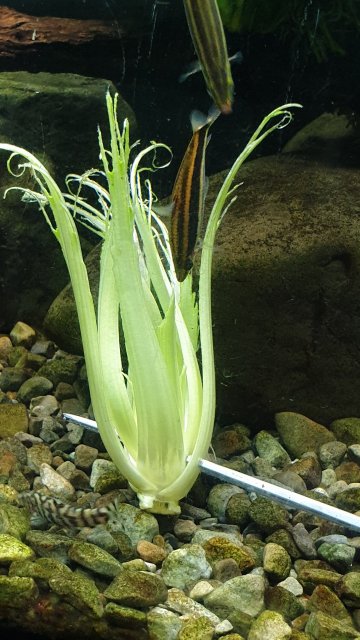 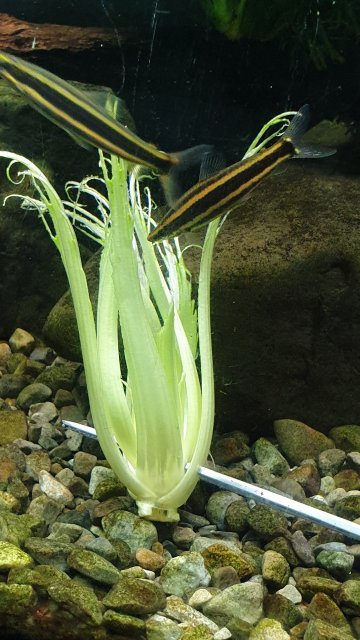 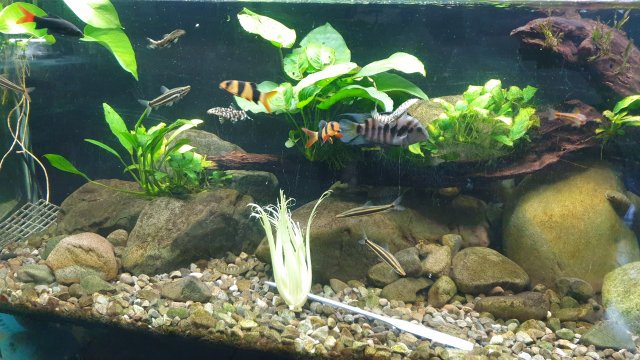 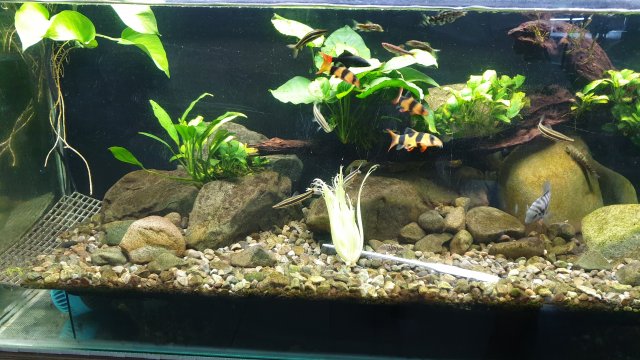 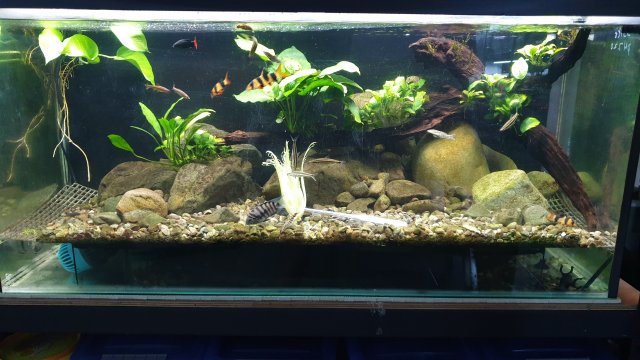 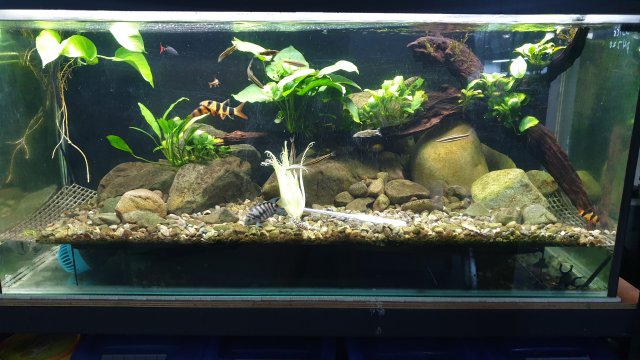 This tank will need a thorough clean and gravel vac soon as the nitrates are climbing.
I am thinking to rescape it at that time. But that is a hole days work due to its position on the rack. I am thinking to remove the false bottom and have it a circular flow like the paludarium tank. I will need to give this some more thought before pulling the trigger.

That gravel is great and holds lots for fish to nibble on but...........harbors dirt like a champ. This tank has heavy filtration and has tanken about 1.5 years of increasing stock and feeding heavily for nitrates to start rising.

I added 2 new leporinus to the tank. They are super nippy but the current does take some of it out of them.

The fish feeding on a tab stuck to the front glass. You can here the loach clicks as they feed.